This article introduces a set of tools essential to building REST APIs. The tools are platform independent, which means they are applicable to REST APIs built with any technology stack. The goal of this article is to familiarise novice API developers with different stages of API development and introduce tools that help with those stages. Detailed coverage of these tools can be found on the web. The different phases of API development are enumerated below. 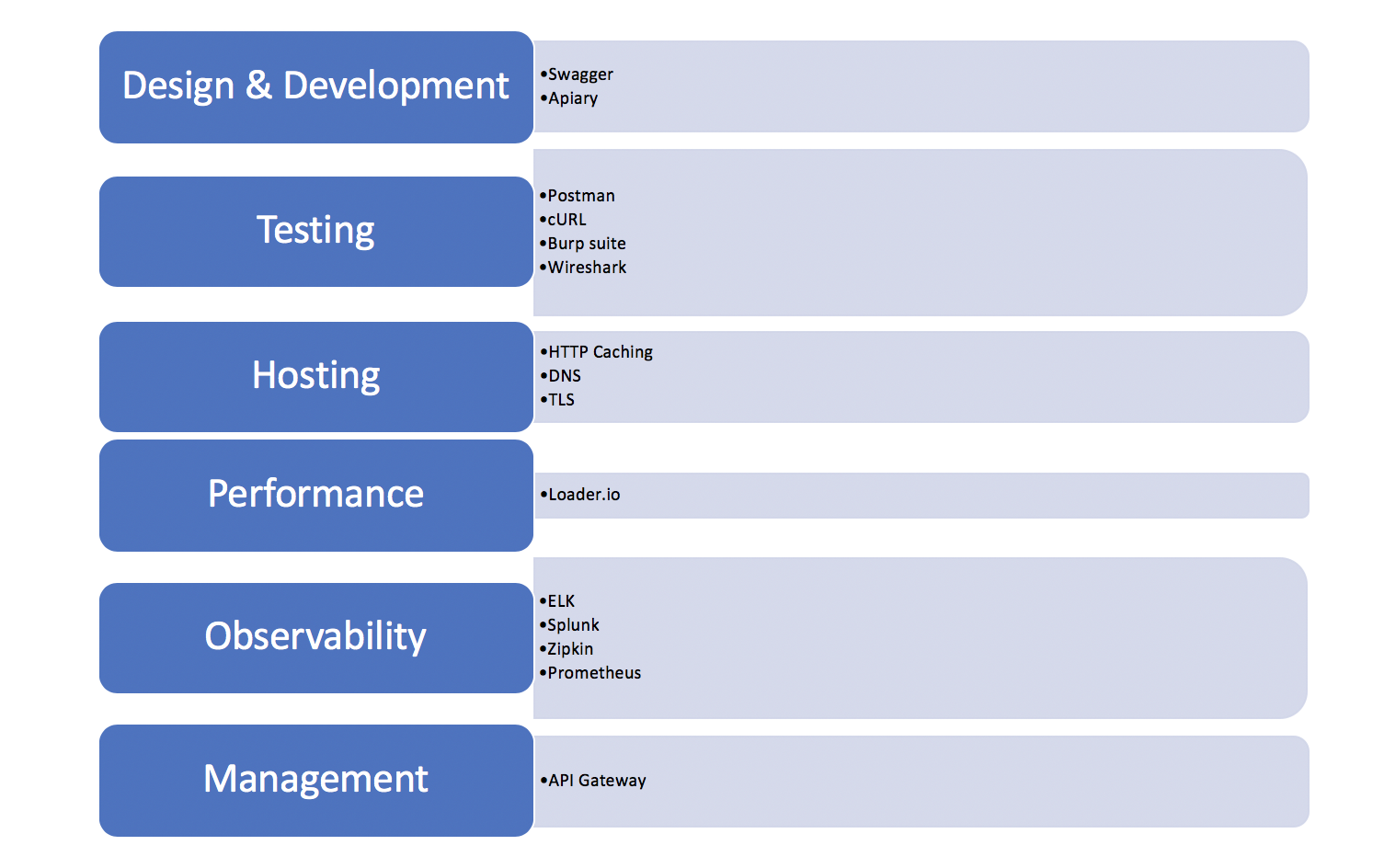 We will illustrate the usage of tools on APIs exposed by a web application as we elaborate on each phase of API development. Product Catalog is a Spring Boot web application that manages a catalog of products. It exposes REST APIs to perform CRUD operations on a product catalog. The code is available on my GitHub.

In the design phase, the API developer collaborates with clients of the API and the data provider to arrive at the shape of the API. REST API essentially consists of exchanging JSON messages over HTTP. JSON is a dominant format in REST API since it is a compact, easy to understand, and has a flexible format that does not require declaring schema up front. Different clients can use the same API and read the data that they need.

We will illustrate API design using Swagger. It is a tool that uses open format to describe the APIs coupled with Web UI for visualizing and sharing. There is no separation between design and implementation. It is an API documentation tool where the documentation is hosted alongside the API. The benefit of this is that the API and the documentation will also remain in sync. The drawback is that only API developers can change the structure of the API. The documentation is generated from the API. This means we need to build the skeleton of our API first. We have used Spring Boot to develop the API and Springfox package to generate the swagger documentation. Bring in swagger 2 and swagger-ui maven dependencies into your pom.xml.

This configuration tells Swagger to scan all the controllers and include all the URLs defined in those controllers for API documentation.

Once the application is started, Swagger documentation of the APIs can be accessed at the URL

Click on each API to examine the details — the URL, HTTP headers, and the HTTP body where applicable. A useful feature is the "Try it out!" button, which provides a sandbox environment that lets people play with the API to get a feel for it before they start plugging them in their apps.

Functional testing of REST APIs entails sending HTTP requests and checking responses so that we can verify that APIs behave as we expect. REST uses HTTP for transport that specifies the request and response formats of API. TCP/IP, in turn, takes the HTTP messages and decides how to transport them over the wire. We introduce three sets of tools to test APIs at these three layers of protocol stack, namely, REST Clients for REST layer, Web Debuggers for HTTP layer, and Packet Sniffers for TCP/IP layer. 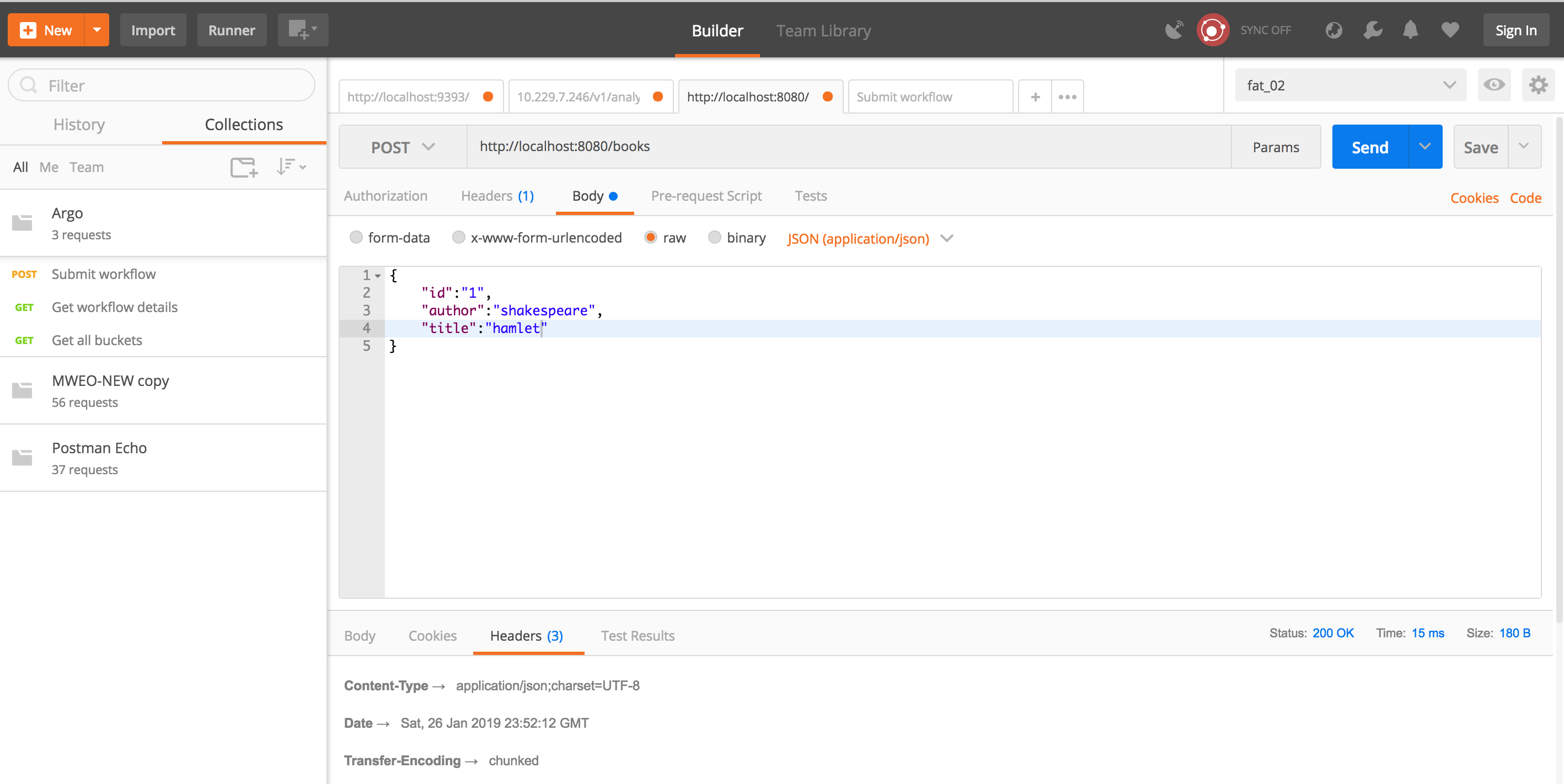 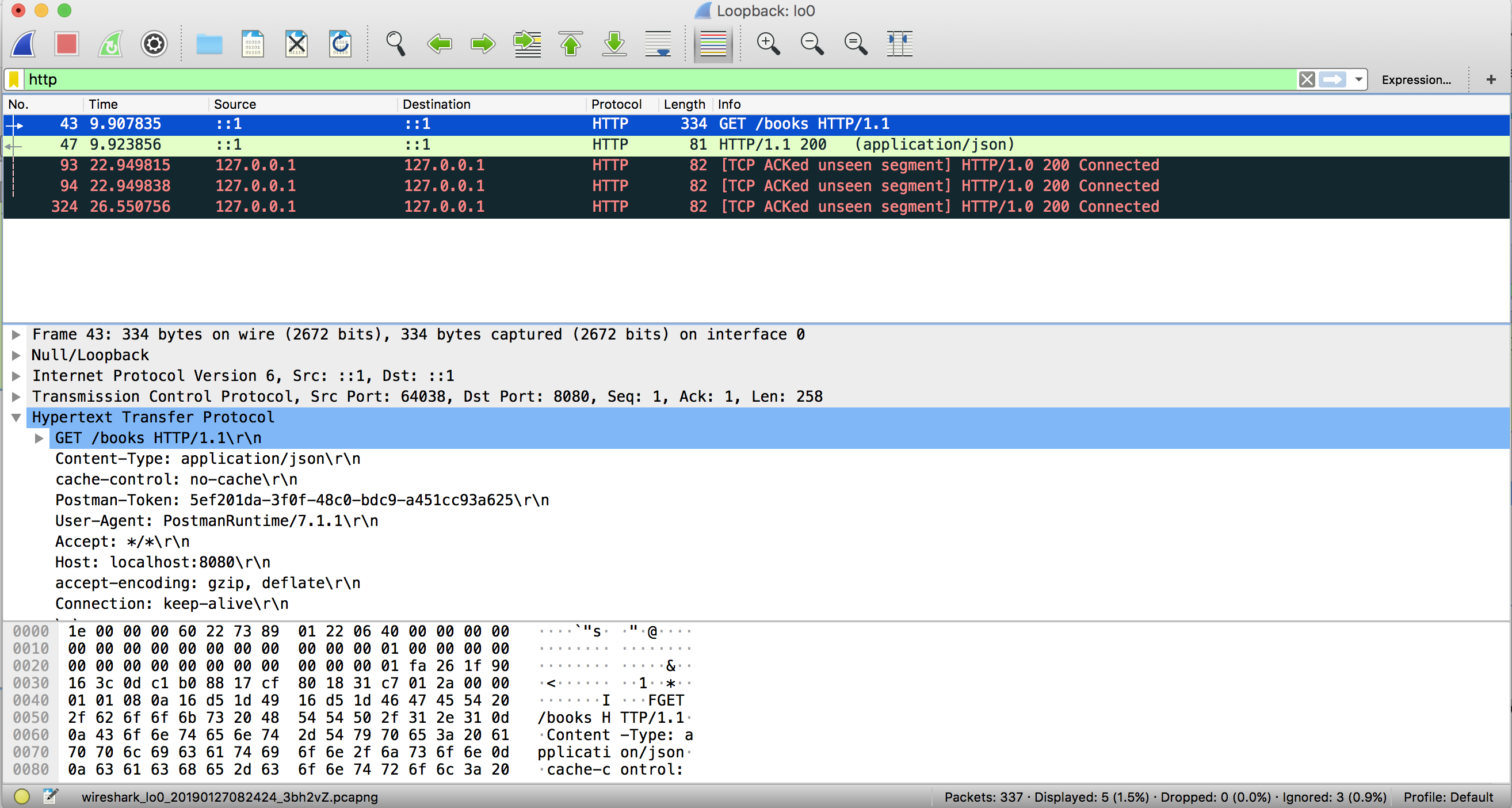 In this section, we will look at some of the features of the HTTP protocol that, if properly used, help us deliver performant, highly available, robust, and secure APIs. In particular, we will cover three parts of HTTP protocol — Caching for performance, DNS for high availability and scalability, and TLS for transport security.

If the resource is not changed, the API will return 304 Not Modified response with no body, and the client can safely use its cached copy.

With advanced DNS like Route53, a single CNAME instead of just pointing to a single server may point to multiple servers. A routing policy may then be configured for weighted routing, latency routing or for fault tolerance.

For proxies to cache the TLS traffic, we have to upload the same certificate that is used to encrypt the traffic. Proxy should be able to decrypt the traffic, save it in its cache and encrypt it with the same certificate and send it to the client. Some proxy servers do not allow this. In such situations, one solution is to have two CNAMEs — one for static cacheable resources over HTTP and for non-cacheable personalized resources, requests over secured TLS channel will be served by the API directly.

In this section, we will look at tools to load test our API so that we can quantify how much traffic our infrastructure can cope with. The basic idea behind performance testing is to send lots of requests to the API at the same time and see at what point performance degrades and ultimately fails. The answers we look for are:

loader.io is a cloud-based free load testing service that allows us to stress test our APIs. To get a baseline performance of API, different kinds of load tests can be run with increasing loads, measured by the number of requests per second, to find out performance figures quantified by errors and response times, for

This also lets us decide the infrastructure that will let us deliver API with desired performance numbers and whether our solution scales linearly.

Diagnostic endpoints may be included in the solution that tells us the overall health of the API.

Enabling Centralized Logging covers logging and tracing. For monitoring, interesting metrics may be stored in a time-series store like Prometheus and visualized using Grafana.

API Management tools serve as a gateway that provides services that let:

These features and more are available on AWS API Gateway. 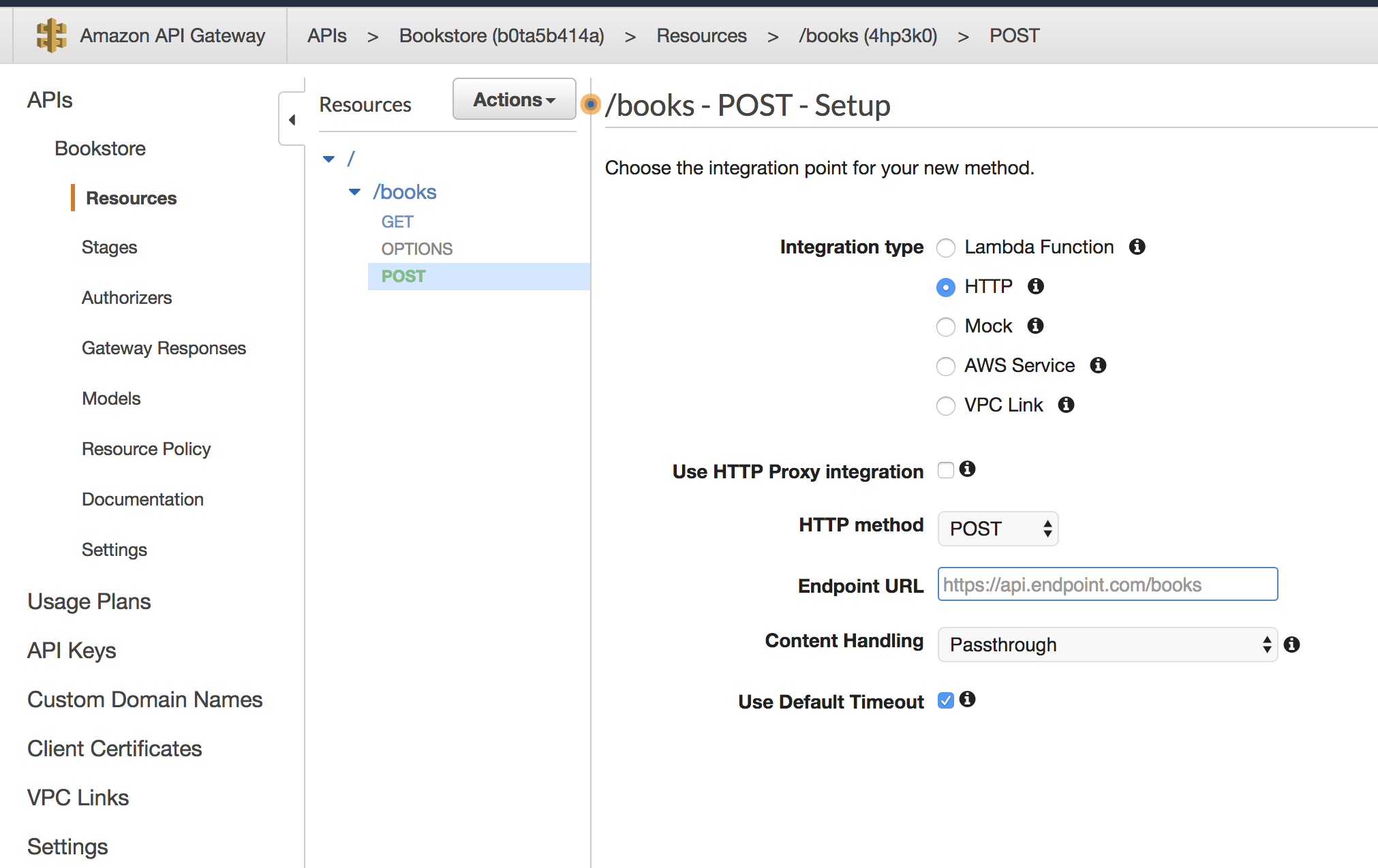