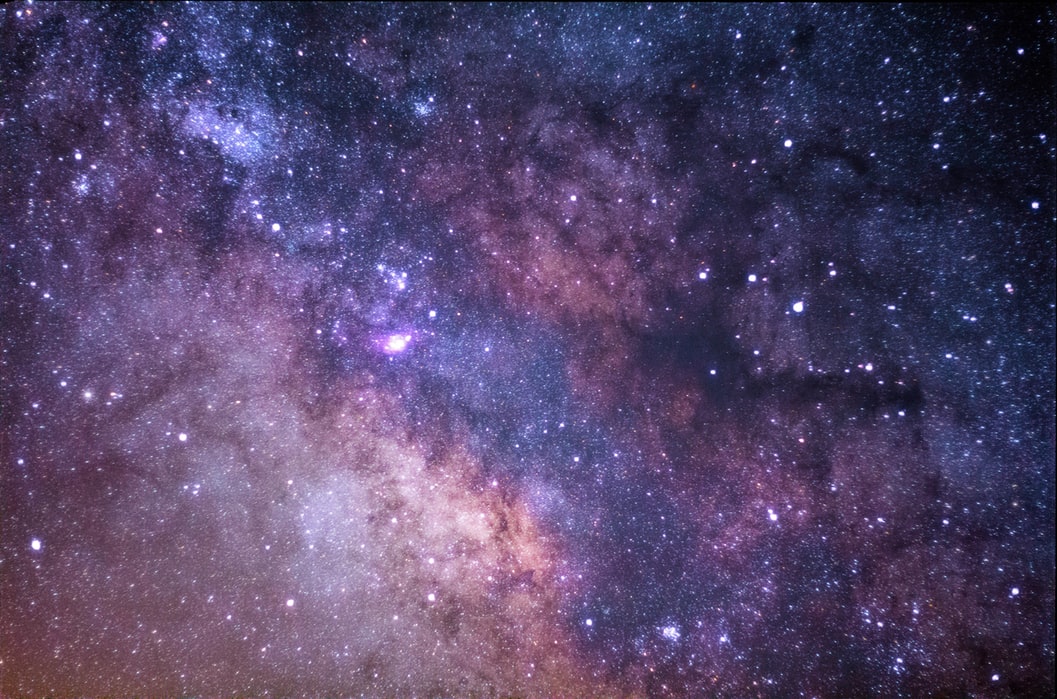 in the first part of this article, i will explain both quarkus and knative. in the second part, i describe how to write simple microservices with quarkus in visual studio code in just a few minutes. and finally, in the last part of this post, i walk you through how to deploy and run microservices as serverless applications on kubernetes via knative.

quarkus  is an open-source project led by red hat and a java framework used to build microservices, which often require little memory and start very fast. in other words, quarkus is a great technology for developing efficient containers.

from the outset, quarkus has been designed around a  container-first  philosophy. what this means, in real terms, is that quarkus is optimized for low memory usage and fast startup.

quarkus is not a full  jakarta ee  application server but comes with a lot of similar functionality. the big difference is that quarkus optimizes for container workloads by doing as much processing as possible at build-time rather than at run-time. this means that functionality like reflection is not supported.

quarkus comes in two flavors. you can run it with classic jvms like hotspot or you can translate the java code in binary code via  graalvm  — when using binary code memory usage is even less and startup time is even shorter. here are the measurements from the quarkus homepage.

in this article, i focus on classic jvms. rather than using hotspot, i’ve used  openj9  , which requires only roughly half of the memory compared to hotspot. in my little test, my simple microservice with a rest endpoint required only 34 mb, which is similar to the node.js  node:8-alpine  image. until recently, serverless applications were primarily developed with less resource-intensive technologies like node.js.

i think that, with quarkus, more enterprise developers will leverage their existing java skills to build container workloads, for example, serverless applications.  in the cloud where you pay by 1. memory usage and 2. durations the code runs, frameworks like quarkus make a huge difference.

knative  is an open-source project initiated by google with contributions from over 50 companies, for example, red hat and ibm. knative allows running containers on kubernetes in a serverless fashion so that containers only run when actually needed.

run serverless containers on kubernetes with ease. knative takes care of the details of networking, autoscaling (even to zero), and revision tracking. you just have to focus on your core logic.

i think knative’s key functionality is that it supports ‘scale to zero’. when containers are not needed anymore, they are shut down automatically so that they don’t consume compute resources. in other words, you can run more containers in a cluster, just not all of them at the same time.

when using knative, the container with the microservice is not the only container in the pod. additionally, an istio proxy and a knative queue proxy are running. a fourth istio container initiates the pod. these other three containers need to be started in addition to the microservice container. even though quarkus containers start in less than a second, the overall startup time of the pod is much longer. in my little test, it took 16 seconds to get responses from my quarkus container. so until there are better ways to handle the cold starts, knative shouldn’t be used for all kinds of workloads.

i think the best usage of knative are scenarios where a lot of compute is required infrequently and responses in a few milliseconds are not required.  a good example is the  processing of large data sets  of massive scale, which can be handled with serverless technologies running in parallel.

development of microservices with quarkus

after the introduction of quarkus and knative, let’s now move on and take a closer look at how these technologies can be used. in this part, i describe how to build your first microservice with quarkus.

to create a new project open the palette (on mac via ⇧⌘p) and choose “>quarkus: generate a maven project”.

when you accept all defaults, a simple project is created with a greeting resource. 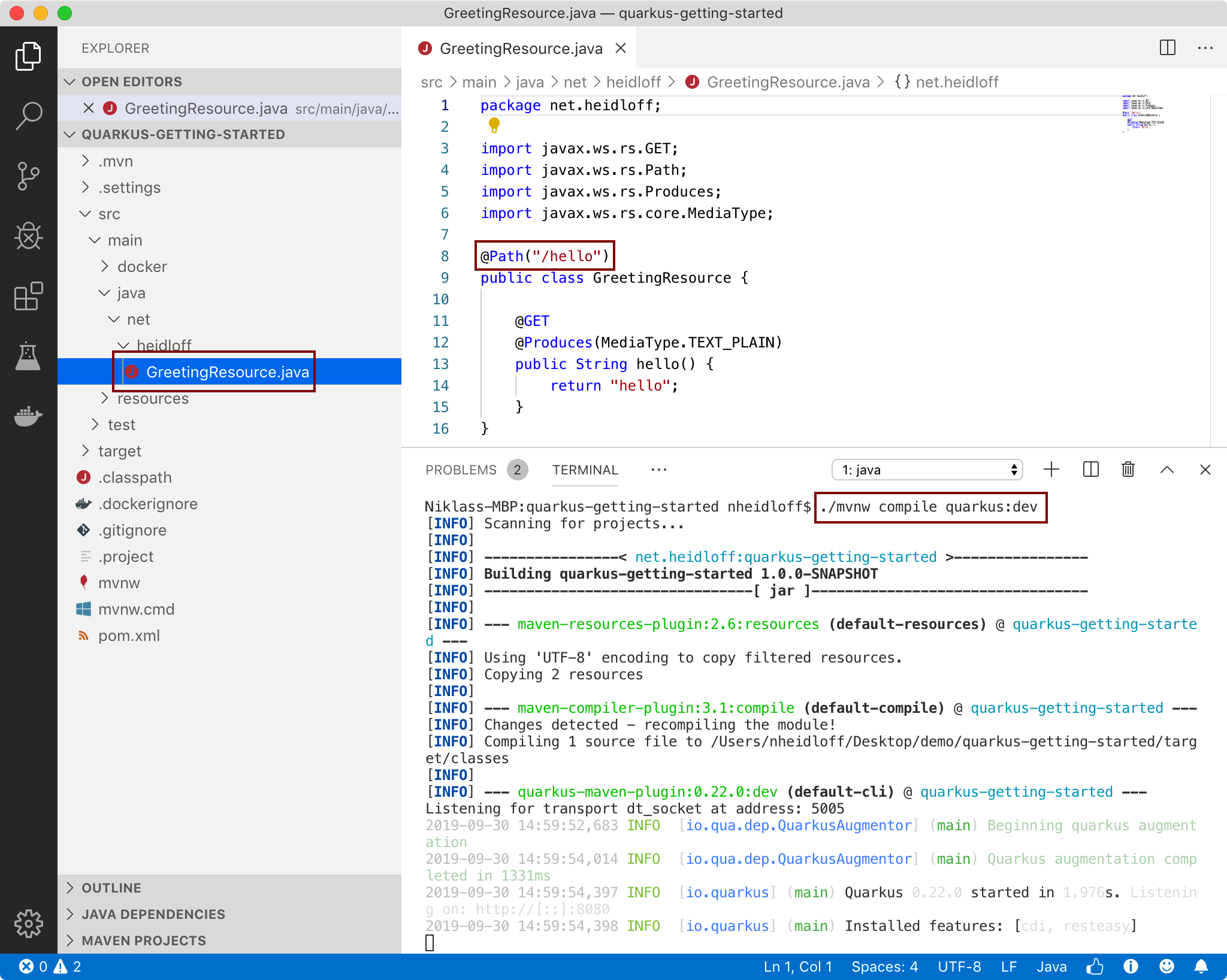 after this, you can open a terminal and invoke “./mvnw compile quarkus:dev” to use the development mode. the endpoint will be accessible via the url “http://localhost:8080/hello”. try out the hot replace functionality! very nice.

this screenshot shows the debugger in action:

before microservices can be deployed to kubernetes, the java applications and the docker images have to be built.

when running maven via “  ./mvnw package  ”, two jar files are created in the /target directory. 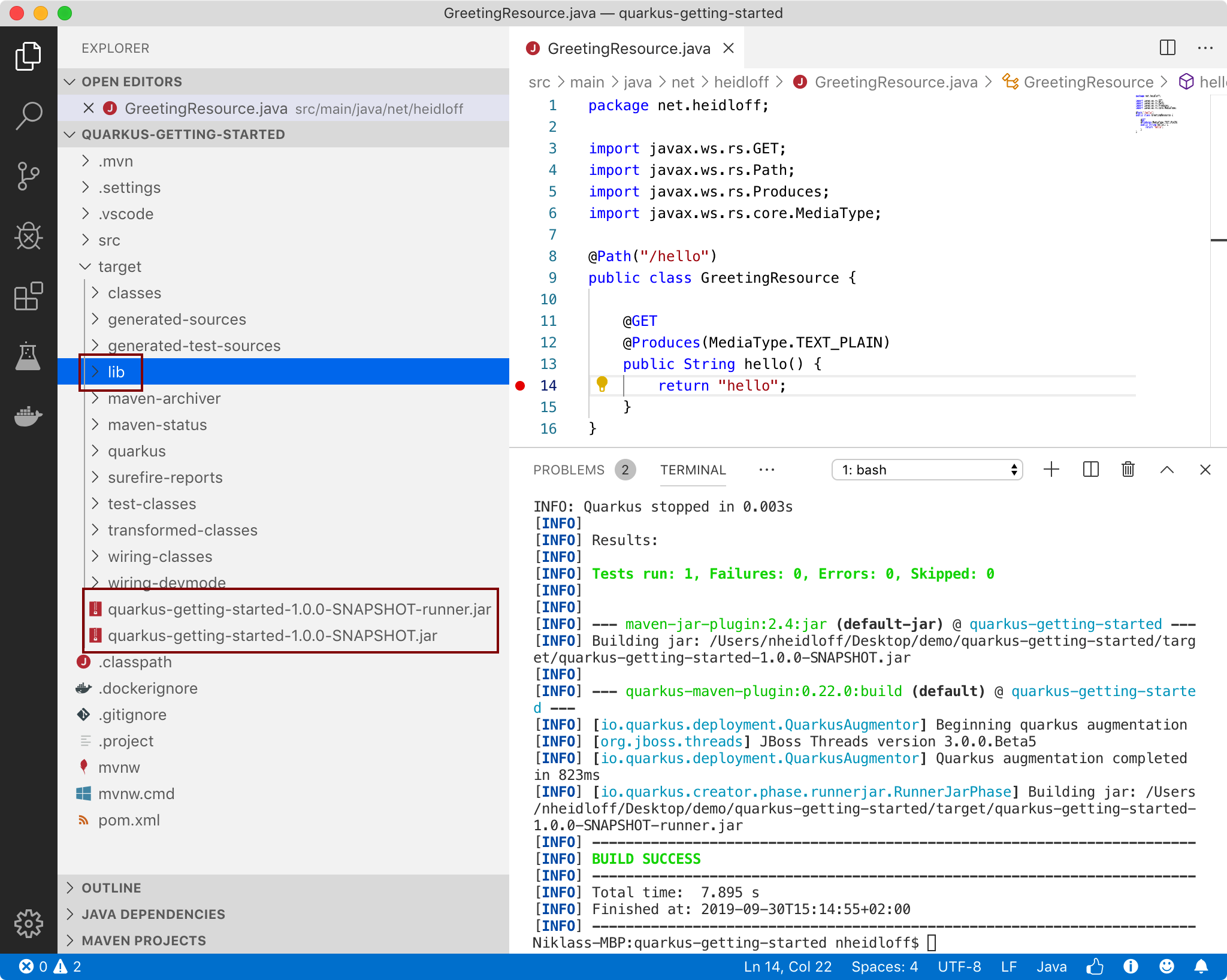 the vs code extension also creates a dockerfile to run the quarkus application with hotspot. however, i’ve used openj9 since it consumes only  half of the memory  . to use openj9, create the file ‘  src/main/docker/dockerfile.jvm-j9  ’ with the following content.

to build the images and to run the container locally, run the following commands.

the quarkus application starts in around 0.7 seconds.

the application requires 32 mb of memory.

next, push the image to dockerhub. replace ‘nheidloff’ with your dockerhub name.

in order to deploy quarkus microservices as a serverless application, you need to install knative on kubernetes. one option is to do this locally with minikube.

i’ve used another option. ibm provides a  managed kubernetes service  . to install knative, you can simply activate it in the user interface. read the  documentation  for details.

before deploying the application, log in to the ibm cloud.

one option to deploy the application is to use yaml files with the custom resources provided by knative. another option is to use the  knative cli  (command-line interface)  kn  . in that case, you only have to invoke one command.

the screenshot shows the three containers including the quarkus container running in the same pod. invocations of the greeting endpoint take between 0.06 and 0.2 seconds dependent on the network.

to find out memory usage, invoke the following command:

the quarkus container with openj9 consumes 34 mb memory. the first time the endpoint was invoked (cold start) took 17 seconds, after this only 0.7 seconds.

i hope you enjoyed this article! to find out more about these technologies, check out the following resources.