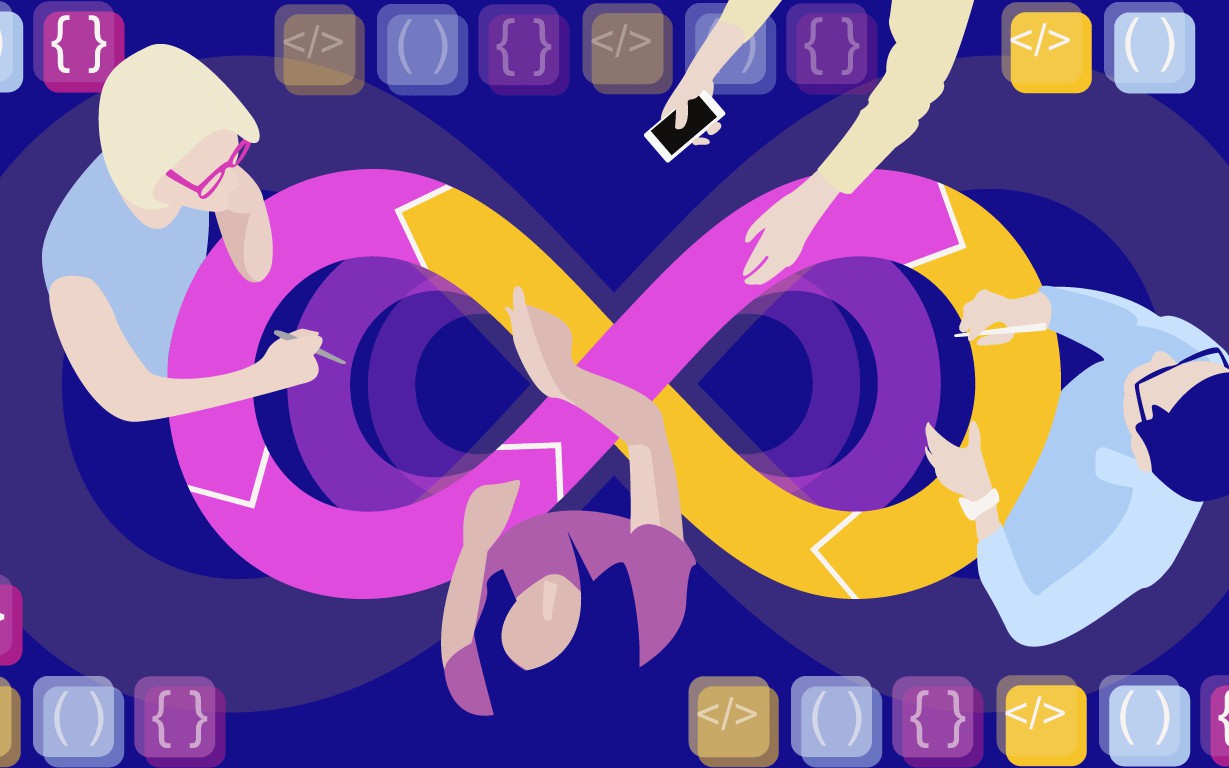 Why is Everybody Stuck to DevOps?

I’m sure you’ve had enough of DevOp because everyone is stuck on its definition, and no one is actually trying to give practical information. However, we’re aware of the unwillingness that pops up when the title has the term "DevOps." So, this is not going to be one of those boring articles offering nothing but a definition.

By contrast, we've opted to give the most practical information when it comes to automation mindset.

This Is When You Need Automation

Is your team having a hard time figuring out a proper way of organizing things? Is it tough to make things work? Is your operation facing time and performance-related issues? Well, you need automation.

The automation process is what you need to get rid of a lot of DevOps complexity. It gives you a chance to say what, how, and when things should and shouldn’t be done. And it would enable you to have control over the operations as well.

It’s not just a team that may feel the need for automation. Inversely, all operations (of any kind) in your company could make use of it. And it’s you who can apply the right implementation to change it for the better.

A DevOps Engineer Is Not a One-Man Band

First things first: one DevOps engineer can’t create miracles. So, don’t expect them to come over, get things done, shake hands, and then leave you with a fully automated operation/process. That’s just an idea of what DevOps implements and engineers are capable of.

When your team, for instance, is not ready for CI/CD, or your legacy software doesn’t support containerized architecture, there’s not much for your engineer to do—and they wouldn’t be able to use any Docker solution for that, either.

So, as a way to create a proper automation mindset, don’t assume that one engineer is enough. Be realistic and don’t let excessive optimization make you feel like it’s the best bet.

Tools Are Necessary for Automation—But Not Enough!

Hey, you can’t use only one tool and wait for the automation to happen. It’s not like that. I mean, we all know that tools are amongst the most important part the implements, but they are not the whole idea.

That said, you need to design the main platform where the automation will be applied. And then use trial-and-error methods to reduce the chance of failure—making it next to impossible for errors to pop up.

Bear in mind that automation is evolved to reduce the user intervention rate. And when the implements result in the opposite, there must be something wrong with the methods, tools, and/or DevOps engineering team.

The Automation Is—and Should Be—Against Any Complexity

Okay, as discussed earlier, the whole process of automation is evolved to reduce complexity. And it’s actually designed to exchange it with simplicity. So, don’t allow it to become your new "what-should-I-do-now" issue. There’s a great chance for small to medium-sized businesses and companies to have an automation implement ended in more complexity.

That’s so because these companies/businesses are more likely to ignore the importance of automation mindset—and hire the cheapest service providers while waiting for the most professional results.

It’s Not All About the DevOps Engineers

No matter whether you’re a newcomer in the realm of DevOps or a well-experienced architect, you should have the proper automation mindset. If you’re a business owner trying to improve the overall performance of the team (s), teach them to have the mindset prior to all else.

Whether you’re the decision maker or just a member of the developing or operating team, an automation mindset is a must-have. So, do not neglect its importance at any circumstances. Otherwise, you’ll end up having even more problems after the process is done.

It’s been suggested to prepare all the people involved in an operation. That is, you should have meetings and small-sized in-team conferences to introduce the general idea of automation implements.

The featured image is designed by Raha Khademi