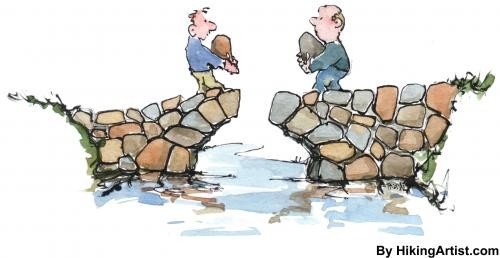 Cloud-native applications are a type of complex system that depends on the continuous effort of the professionals that everyday combines the best of their expertise to keep them running. In other words, their reliability doesn't simply rely on themselves but results from the interactions of all the different actors engaged in their design, build, and operation. Over the years, the collection of those interactions has been evolving together with the systems they were designed to maintain, which have also been becoming increasingly sophisticated and complex. Once designed to maintain control and stability, the IT service management model is now fading and giving place to a model designed to improve velocity while maintaining stability. Although the combination of those things might seem contradictory at first, this series of articles tries to reveal why the collection of practices that today we know as DevOps and SRE (Site Reliability Engineering) are becoming the norm for modern systems.

Chapter 4: Explaining It To Management

DevOps has been a recurring theme in IT circles for a little more than 10 years. Although many people, and I include myself, firmly believe they understand it, the fact is that the subject is in flux, practices, processes, and tools are changing so very rapidly that to enable mainstream adoption effectively, we need to start bridging the gap between IT and "The Business". I know this is a controversial theme, and everybody seems to have a strong opinion about it, chances are we all have reasonable, valid assumptions. Still, I want to use this chapter to articulate how to develop effective communication and use it to build the bridge that can potentially close the gap between business management and IT and, as a consequence, widespread the adoption of these innovations in engineering practices in all organizations.

The basic assumptions I will use to articulate about the importance of developing a good communication strategy and how it is key to succeed in the enterprise adoption of these new engineering practices are:

It is important to keep in mind that the traditional management language is formed in business schools. However, technology has become so pervasive that some engineering terms are becoming more common, especially in courses that focus on the digital economy. As business managers are not fluent in the expressions the technology organizations use to frame their arguments, IT needs to start leveraging terms like time, money, and people, whenever it needs to make a case for DevOps and SRE adoption. To develop effective arguments, the investment in adopting the practices should be translated into things like:

I've always heard that there is IT, and there is the Line of Business (LoB). Although in the "industrial age of IT," it has always been seen as a cost center serving "The Business" in the "age of Cloud and digital economy", there's no separation between the business and IT; IT is the business and vice-versa. As IT leaders, we need to enable organizations to understand the value of the broader concept of DevOps to the overall business results and how it establishes the foundational core practices for sustainably high-velocity value streams in the digital economy.

The most difficult subjects can be explained to the most slow-witted man if he has not formed any idea of them already; but the simplest thing cannot be made clear to the most intelligent man if he is firmly persuaded that he knows already, without a shadow of a doubt, what is laid before him. (Leo Tolstoy, 1897)

How would somebody explain or justify the adoption of engineering practices around DevOps to business management? What arguments would resonate with people who are, with reasonable cause, often focused on financial results and deadlines before anything else?

I've put together a few arguments, not in any order of priority, that I think would come up as something appealing for business management executives in the further understanding of DevOps and SRE:

The bottom line is that DevOps and SRE are not only about quality; their adoption makes much economic sense. What arguments would you use to explain it to business management executives?