When you are launching a mobile app, being able to update it quickly when things happen is imperative, as users can easily move on to another app if yours is not working at its full potential. When you need to develop and update applications rapidly, taking a DevOps approach can be extremely helpful in meeting your goals.

"DevOps is the practice of operations and development engineers participating together in the entire service lifecycle, from design through the development process to production support." -Source: The Agile Admin.

DevOps is a way of approaching the delivery of applications in such as way as to streamline the development and deployment processes so that business operations, IT management, and developers can all work together in a meaningful way.

In the past, operations and development often worked separately, and software updates might occur a few times a year at most. With the onset of agile development, this process was sped up greatly on the development side, as updates could occur in terms of hours rather than months. However, without the development team being able to work with people on the business side to ensure that updates helped to meet their needs in a timely fashion, it was still difficult to increase the speed at which new apps and updates were released.

With DevOps, selected members from both business operations and development are given the opportunity to work together daily to ensure that not only can updates happen quickly, but that those quick updates are things that are helping to ensure the needs and requirements of the business team are met.

With the teams working together daily, there is far less chance that something is implemented in such a way that one team is happy with it, but the other is not, which often requires additional business planning and development work to complete the release or update. Instead, agreements can be made as things are being developed, and the teams will be far less likely to have the need to have a meeting to fix what one side or the other understood was going to be implemented differently.

While mobile apps may sometimes be localized to specific devices and not need much integration with other services, many of these apps not only are needed on multiple devices and platforms but also need access to information from the backend from one or more of your own databases.

With this in mind, a large number of mobile apps are simply a front end that is tailored to specific platforms and then simply sends and retrieves data through a larger backend system you have set up to handle what is done with the data as it comes and goes. This type of model works well with DevOps, especially when you are able to combine DevOps with the cloud, which can speed up the delivery process even further.

Cloud adoption has increased rapidly over the last few years, and this is due in large part to the advantages the cloud can offer in the way of speeding up and normalizing the way in which infrastructure is set up for the numerous projects that are often being worked on within an organization. 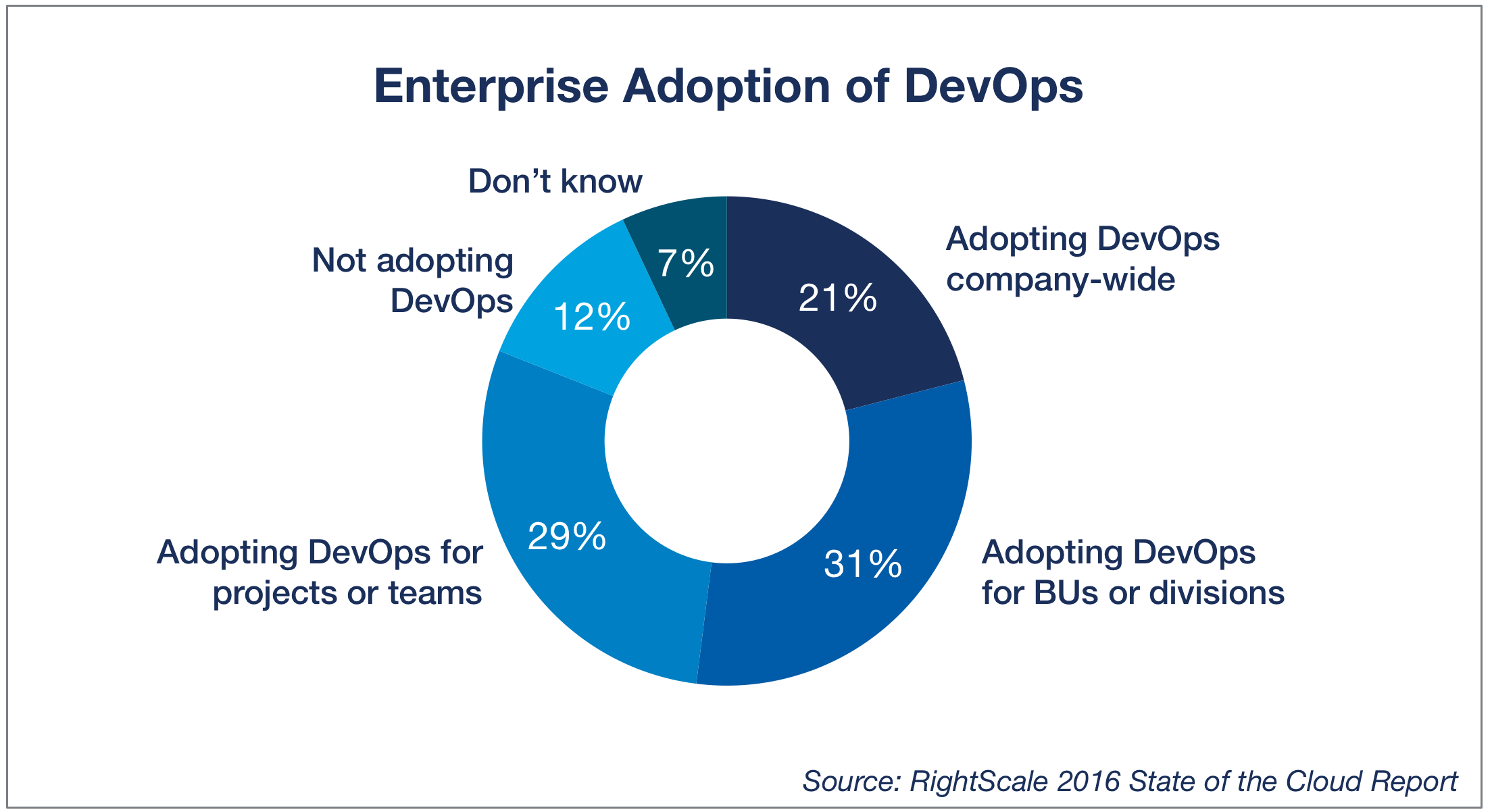 For example, obtaining a new server machine in a data center can often take days, weeks, or even months depending on the process and costs involved in setting up a new machine. If costs are high, IT and business must decide whether the new machine can be implemented or not. This means that the project may have to move toward sharing a machine with other applications/databases or being put on hold until the financial needs can be met.

On the other hand, use of the cloud allows you to scale much more easily, and often with less cost. If you use a cloud service such as Morpheus, you have the ability to instantly put additional servers online. If you have a server setup that works for most or all of the project you will launch, you can save that setup so that you can simply click and have your server up and running in no time! From here, you can easily implement the code needed to run any new applications and make quick updates anytime you need to afterward.

DevOps and the Cloud

With both cloud adoption and DevOps, you can really help to reduce or eliminate shadow IT, which is often used as a method of avoiding the usual business and/or IT restrictions that are in place to ensure apps are meeting business needs as well as IT security and consistency concerns. An app that is built outside of these restrictions is often placed on borrowed hardware, such as an employee’s personal computer or on a server being shared with another department. These type of setups can easily lead to security breaches either via the network, app, or hardware!

With the cloud, you make getting the necessary servers much easier and faster for teams working on a project, so that there is less chance they will want to “work around” it to save time. Also, with business and IT working together daily with DevOps, the individual teams will be far less likely to simply develop and implement something on the side because they don’t want to wait for input from the other team.

With both DevOps and the cloud, mobile and other web applications can be developed and delivered at a much faster rate, making both you and your customers much happier!