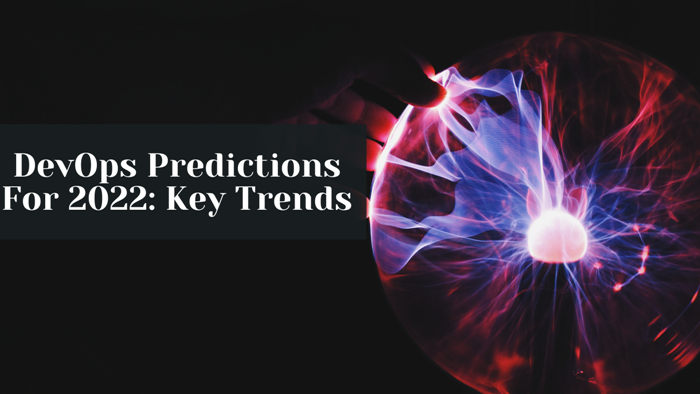 As enterprises are embarking on the route of digital transformation, DevOps has become more crucial than ever. It has come out as the call for the hour for the current IT firms to fill the gap between the development team and the operations team. Apart from encouraging a collaborative culture, DevOps has fostered rapid and reliable software delivery, improved customer satisfaction, enhanced time-to-market, and much more. Given such services, DevOps practices have become critical for most enterprises and are rising in fame with time. Markets and Markets report says the DevOps market size is likely to climb from $2.90 Billion in 2017 to $ 10.31 Billion by 2023. 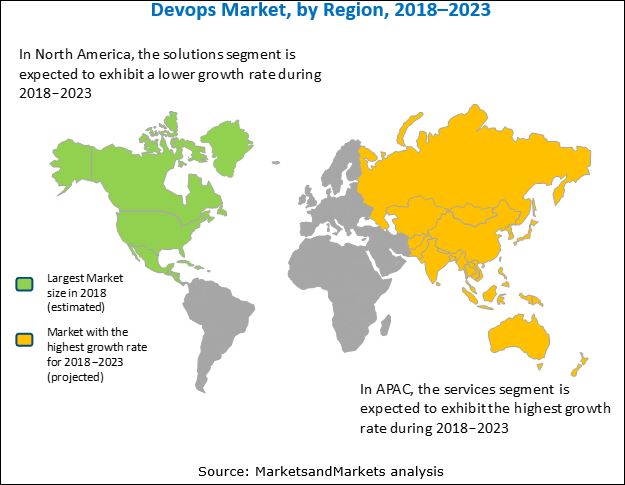 With the change in the business scenario and the new-edge technology evolving at high speed, DevOps has also grown to suit the changing needs. Let’s take a glance at some of the 2021 rising DevOps trends expected to reshape the business landscape in the coming future.

Emerging DevOps Trends for 2022 and Beyond

1.    Incorporation of Kubernetes with DevOps

The crucial infrastructure trend that affects DevOps is the growing adoption of Kubernetes by global tech companies. It has become an apt choice by organizations to manage software delivery. With Kubernetes, the software developers can easily share various apps and software with the IT operations team in real-time. Productivity gets improved by selecting the Kubernetes workflow, as it offers ease to the build, testing, and deployment pipelines in DevOps.

Container management systems and Kubernetes can also reduce the necessity for human interaction and promote a fully automatic, ‘NoOps’ scenario. Its pipeline architecture approach makes it simpler for developers to use ML and AI tools to examine, predict, and automate records and work processes.

In the industry, various vendors are excited to expand their support to Kubernetes. Leading software providers like RedHat and VMWare have already supported Kubernetes. The most common reason is its competence to reform cloud-based apps through container-centric Microservices. With Kubernetes continuing its grip in the DevOps arena, 2021 could be an excellent year for tools that support it.

The cloud-native stack, also called the new stack, is the modern paradigm of cloud-hosted solutions used to build and run apps. The adoption of this latest technology can entail a greater degree of improvement, progression, and innovation. Unlike Cloud managed services, they are configurable, infrastructure-independent, and, in some cases, extra secure.

Cloud-native typically refers to a container-based system. This innovative technology supports the platforms to build apps with services that involve containers. They deployed as a part of microservices, run in containers, and managed using agile and DevOps methodology. The ultimate aim of cloud-native is to enhance the service assembly’s speed and efficiency, allowing the business to react rapidly to market change. Most IT firms are opting for this technology based on various methodologies like Microservices.

With the phenomenal success of Netflix who leveraged cloud technologies, several business platforms are shifting their services/ solutions to Cloud-native technology.

The IDC FutureScape: Worldwide Developer and DevOps 2021 Predictions report stated that by the end of 2021, 80% of companies would put a mechanism in place to move to cloud-centric apps and infrastructure twice as fast as before the pandemic.

3.    The Fame of AI-Powered and ML-Driven Approach

Artificial Intelligence and Machine Learning have left nothing untouched in the technical arena. DevOps isn’t left behind – this technological procedure has taken in much of AI and ML methods to find the best results. AI can change how teams develop, deliver, deploy and organize apps to boost their performances without much effort.

Application of Artificial Intelligence and Machine Learning results in real return for a business, making IT operations extra responsive. They can improve the team’s productivity and play an influential role in filling the gap between humans and big data.  AI has now become a valuable asset to assist in the decision-making process in DevOps. The newest terminologies like AIOps, DataOps, are also coming into reality, and their importance will grow over the next year.

IaC (Infrastructure as code) is more than just automation and has become crucial in DevOps. It is more like managing the complete IT infrastructure in the Cloud through configuration files. Most importantly, it ensures continuity, as all the environments are automatically provisioned and configured with zero human error.

Some crucial benefits of IaC comprise easier cloud-native adoption, increasingly ephemeral architecture, traceability, constancy in deploying similar configurations, and higher efficiency during the full software development cycle.  Even reversing the procedure to the “last configuration that worked” is possible with Infrastructure as code. With more and more teams realizing these benefits, IaC will continue to be the standard and prominent DevOps aspect in 2021 and the near future.

GitOps- a new entrant to the DevOps workflow provides a way to automate and control infrastructure. “One of the critical functions of GitOps is to enable a group of system changes to be applied correctly and then verified,” said Alexis Richardson, the CEO and founder of Weavework.”

It uses similar DevOps best practices that several teams use, like code review, version control, and CI/CD pipelines. With GitOps, teams can effortlessly automate the infrastructure provisioning procedure. The declaration files can be easily stored in a Git repository, just as we store app development code. Thus, it reduces downtime making the deployments reliable and faster. Teams that implement GitOps can use a similar paradigm for server infrastructure, apps, and even Kubernetes clusters.

Given the complexity of multi-cloud, hybrids, and edge app deployments, leading players like MS Azure and Amazon AWS, among others, have expressed support for this paradigm.

6.    The Upsurge in Adoption of DevSecOps

Security will remain the main concern for companies of all sizes, so it is no surprise there will be an upsurge in DevSecOps adoption than ever during 2021. DevSecOps adds robust security means to traditional DevOps practices from day 1. The incorporation of Development + Security + Operations, called DevSecOps, guarantees tight cybersecurity protocols in each development life cycle layer.

DevSecOps offerings can easily incorporate with standard CI/CD tests tools. As a result, enterprises can notice significant cybersecurity improvements and overall IT effectiveness. Through the DevSecOps-centric approach, developers can ensure that security is injected into every development life cycle layer, enabling any threats to be detected and mitigated rapidly. In a nutshell, security will no longer be a second thought in DevOps pipelines.

What does Stats say?

According to the Markets and Markets statement on the DevSecOps Global Forecast, the DevSecOps market size is likely to boost from $ 1.5 billion in 2018 to $ 5.9 billion by 2023.

Overall, the DevOps adoption is truly a valuable investment for your upcoming business growth. A recent study says that leading organizations that have incorporated DevOps practices in their development life cycle have gained a 63% boost in the software deployments quality.

Embrace these newest trends on time and allow your business to remain competitive in the Tech world.