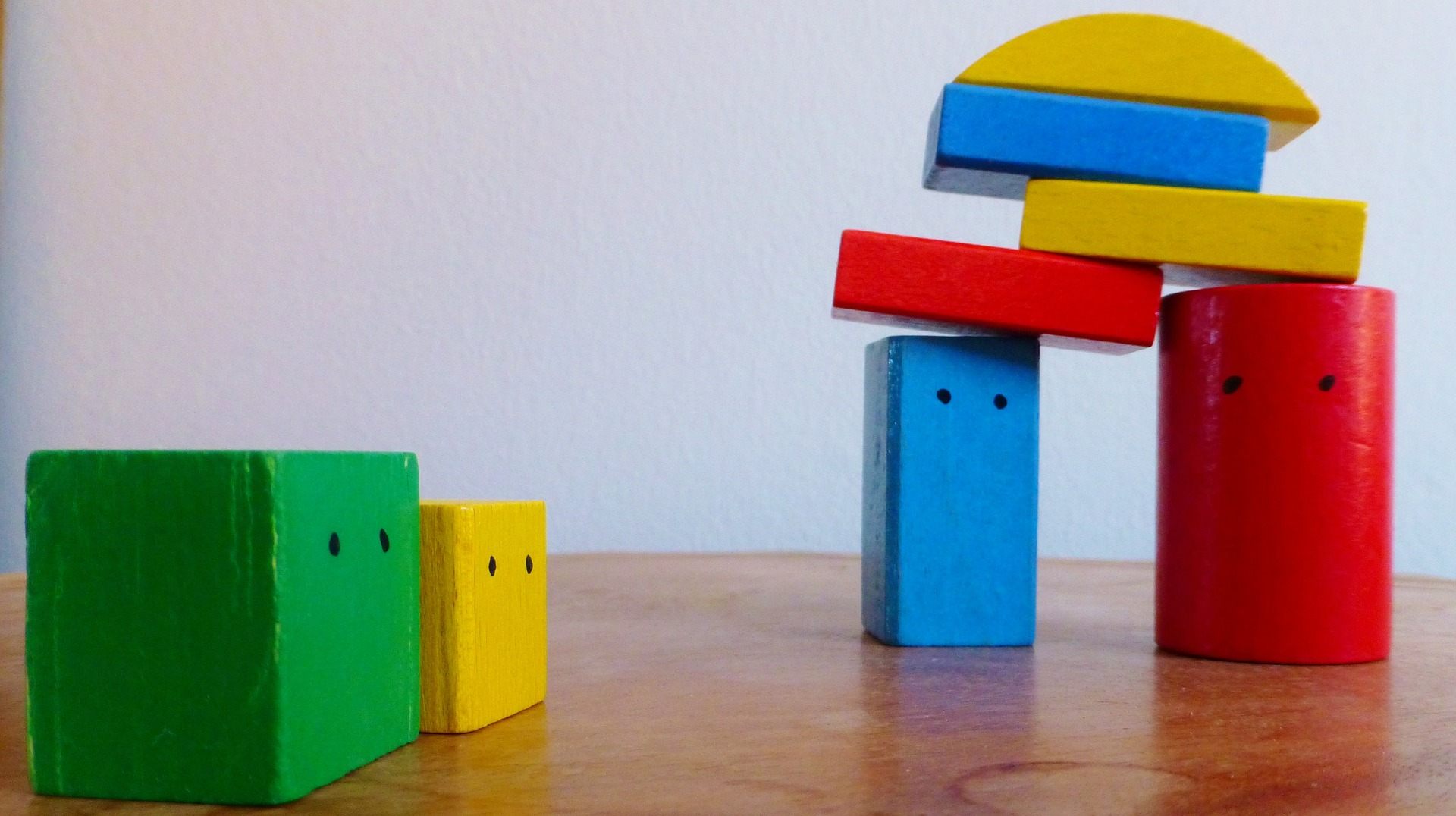 With so many DevOps roles to choose from, which building block will you be?

At a time when IT professionals are desperate to become experts in DevOps, there is still a lot of confusion regarding what are the various DevOps roles. So, this blog is dedicated to bringing more clarity regarding the team structure in companies implementing DevOps.

You may also enjoy:  The Benefits of DevOps by Role

You might have always heard that, in DevOps, every person involved performs a common role: DevOps, which is a culmination of two practices: Development and Operations. But that is far from the truth.

To actually understand this concept, you need to look at it from a different angle. If you put yourself in the shoe of a company implementing DevOps, then its easier to understand it because you have to assign various DevOps roles based on the requirement.

Let me first list down the various roles along with their descriptions.

One important point to note here is that a lot of these roles will involve a team or group of professionals like Software Developers/Testers, Security Engineers and Quality Assurance. So you should think of these roles and their relation in the form of a hierarchy. 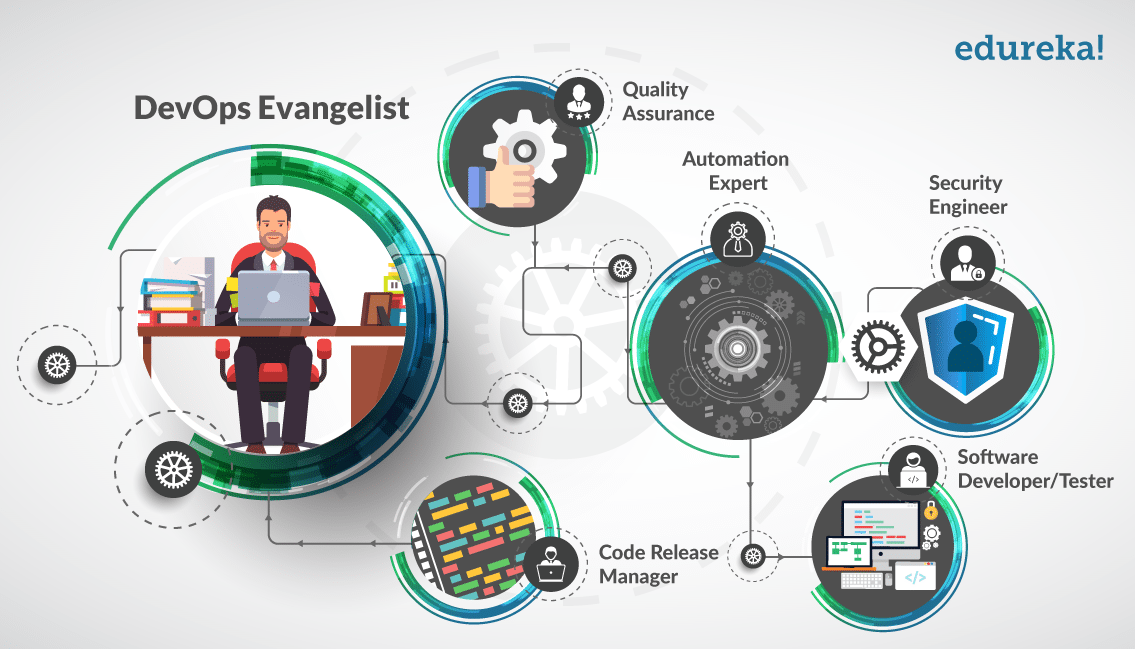 Based on the company’s requirement, even Automation Experts can have more than one person donning the role. So, let me talk more about each of these DevOps roles.

Like I mentioned earlier, this is the key role in DevOps. This role is assumed by a leader or that person who is responsible for ensuring that the DevOps strategy is implemented in the end-to-end development of the product while bringing about a positive difference in the environment.

The DevOps Evangelist also finds ways to improve the existing architecture of the product keeping in mind the various automation tools available and the skills that Dev and Ops teams have. Managing other DevOps roles and obtaining full efficiency from the team is his primary target.

This role is a key player in the product deliverables because he needs to integrate the new/updated features with the existing framework. This role can either be the same guy assuming the role of Release Engineer or a Release Manager who is leading a team of Release Engineers.

This role’s key area of focus is to co-ordinate and manage the product from development through deployment. Since this role is involved in an important manner, it should be filled by a technical person (manager) that understands how the technology works and how various structures fall in place.

Depending on the requirement, there will be multiple managers leading their respective teams working on multiple features (projects).

The importance of this role need not be emphasized again because DevOps is all about automation. And being an automation expert, this role should be able to understand what can be automated and how a product stack can be integrated with another product stack.

This person is also called an Integration Specialist, who analyzes, designs, and implements strategies for continuous deployments while ensuring high availability of production and pre-production systems.

This role(s) does the actual root-level development of the software. The traditional coders and programmers fall under this bracket. Besides development, the professionals are also responsible for testing the code.

The designation may remain the same, but the new role of software developer/tester dramatically increases the scope of responsibilities as they are responsible not only for turning new requirements into code, but unit testing, deployment, and ongoing monitoring as well.

This was a new role introduced in DevOps, which actually guarantees the quality of the product. Often also referred to as Experience Assurance, this role is a step beyond traditional testing and quality checking.

Here, the functionality of the product is tested to its limits to bring out every flaw and to improve on the underperformance of every standalone feature because of the experience of your client matters. This role is always on the lookout for opportunities to improve any and every feature to bring customer satisfaction.

Security Engineers are as important as any other role because they are the ones monitoring the deliverability of the product. They work side by side with developers, embedding their recommendations (security patches) much earlier on in the process.

Besides external security, they also monitor the systems to check its performance, report any downtime faced by the system and drill down to find out what caused it. Preventing any downtime or security risk from happening again is a key task of Security Engineers.

I hope by now you got a good understanding of the various DevOps roles that can exist in an organization.

Why Does a Dev Need to Know About DevOps?

Are You Qualified to Be a DevOps Engineer?