What Has Happened So Far

Again and again, changes have happened that set things in motion that were considered to have been set. In some cases, services or products have been freely available for many years, or the type of restriction has not changed. I am taking one of the last changes as an occasion to show the resulting behavior and to formulate solutions that help you deal with it.

In software development, repositories are one of the central elements that enable you to efficiently deal with the abundance of dependencies in a software environment. A wide variety of types and associated technologies have evolved over the decades. But there is a common approach mostly resulted in a global central authority that is seen as an essential reference.

I examined the topic of the repository from a generic point of view in a little more detail on youtube.

As an example, I would like to briefly show what a minimal technology stack can look like today. Java is used for the application itself, the dependencies of which are defined using maven. For this, we need access to maven repositories. Debian repositories [Why Debian Repos are mission-critical..] used for the operating system on which the application is running. The components that then packaged into Docker images use Docker registries, and finally, the applications orchestrated in a composition of Docker images using Kubernetes. Here alone, we are dealing with four different repository types. At this point, I have left out the need for generic repositories to provide the required tools used within the DevSecOps pipeline. 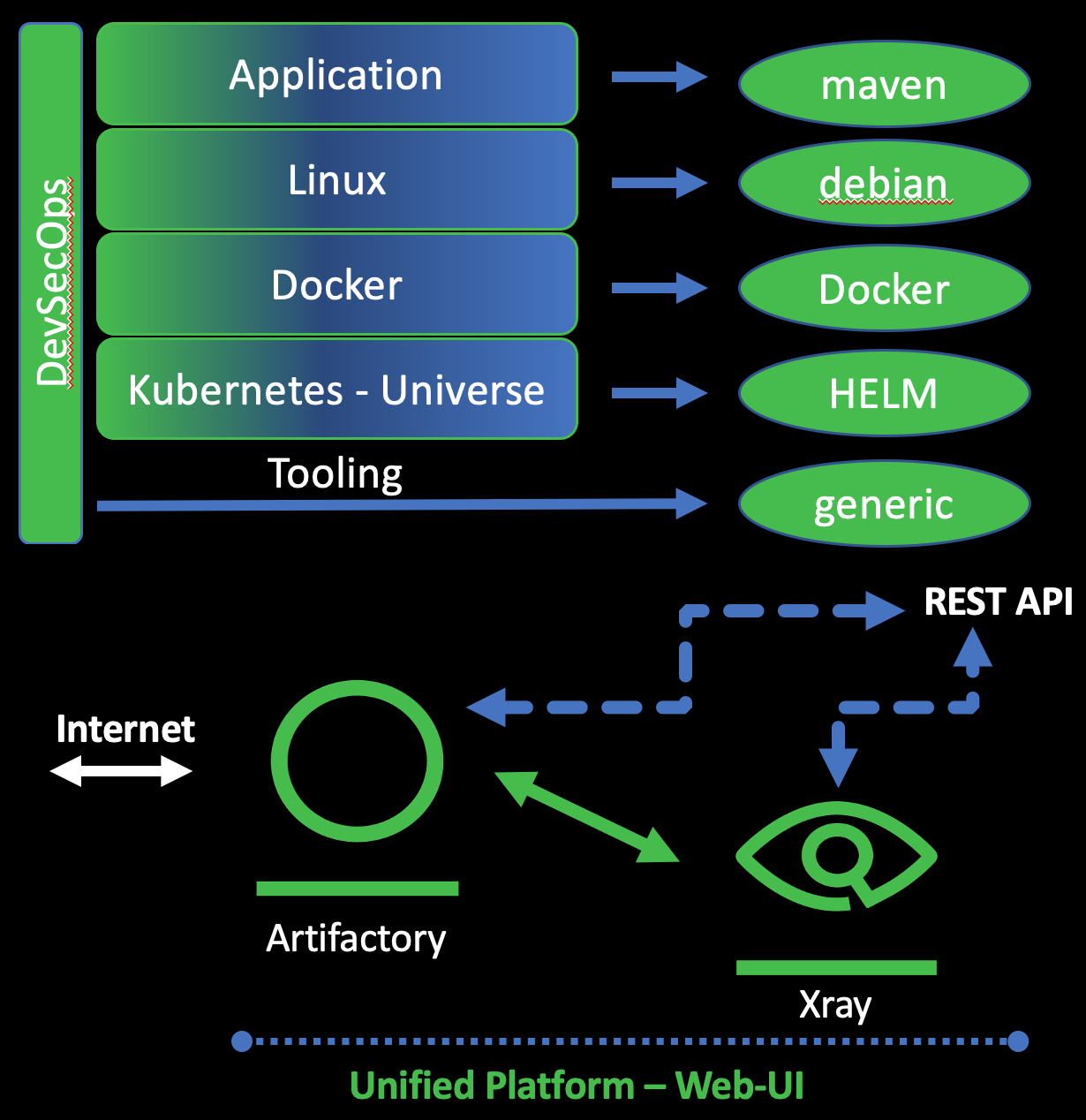 DockerHub And Its Dominance

The example that inspired me to write this article was DockerHub's announcements. Access to this service was free, and there were no further restrictions on storage space and storage duration for freely available Docker images. This fact has led to a large number of open source projects using this repository for their purposes. Over the years a whole network of dependencies between these images has built up.

Docker Hub was in the news recently for two reasons.

Previously, Docker images were stored indefinitely on Dockerhub. On the one hand, this meant that nobody cared about the storage space of the Docker images. On the other hand, pretty much everyone has been counting on it not to change again. Unfortunately, that has now changed. The retention period for inactive Docker images has been reduced to six months. What doesn't sound particularly critical at first turns out to be quite uncomfortable in detail.

Docker has limited the download rate to 100 pulls per six hours for anonymous users, and 200 pulls per six hours for free accounts. Number 200 sounds pretty bearable. However, it makes sense to take a more detailed look here. 200 inquiries / 6h are 200 inquiries / 360min. We're talking about 0.55 queries/minute at a constant query rate. First, many systems do more than one build and therefore requests, every 2 minutes. Second, if the limit is reached, it can take more than half a business day to regain access. The latter is to be viewed as very critical. As a rule, limit values given per hour, which then only leads to a delay of a little less than an hour. Six hours is a different order of magnitude.

If you look at the different technologies, a similar monoculture emerges in the Maven area. Here is the maven-central a singular point operated by one company. A larger company bought this company. What does this mean for the future of this repository? I don't know. However, it is not uncommon for costs to be optimized after a takeover by another company. A legitimate question arises here; What economic advantage does the operator of such a central, free-of-charge infrastructure have?

There have been so many structural changes here that I'm not even sure what the official name is. But there is one thing I observe with eagle eyes in projects. Different versions, platforms and providers of the JDKs result in a source of joy in LTS projects that should not be underestimated. Here, too, it is not guaranteed how long the providers will keep the respective builds of a JDK for a platform. What is planned today can be optimized tomorrow. Here, too, you should take a look at the JDKs that are not only used internally but also by customers. Who has all the installers for the JDKs in use in stock? Are these JDKs also used within your own CI route, or do you trust the availability of specific Docker images?

How can this be countered now? The answer is straightforward. You get everything you need just once and then save it in your systems. And so we are running against the efforts of the last few years. As in most other cases, moderate use of this approach is recommended. More important than ever is the sensible use of freely available resources. It can help if a stringent retention tactic is used. Not everything has to be kept indefinitely. Many elements that are held in the caches are no longer needed after a while. Sophisticated handling of repositories and the nesting of resources helps here. Unfortunately, I cannot go into too much detail here, but it can be noted in short form.

The structure of the respective repositories enables, on the one hand, to create concrete compositions and, on the other hand, to carry out very efficient maintenance. Sources must be kept in individual repositories and then merged using virtual repositories. This process can be built up so efficiently that it can even drastically reduce the number of build cycles.

There is another advantage in dealing with the subject of "independence". Because all files that are kept in their structures can be analyzed with regard to vulnerabilities and compliance, now when these elements are in one place, in a repository manager, I have a central location where I can scan them. The result is a complete dependency graph that includes the dependencies of an application but also the associated workbench. That, in turn, is one of the critical statements when you turn to the topic of DevSecOps. Security is like quality! It's not just a tool; it's not just a person responsible for it. It is a philosophy that has to run through the entire value chain.