You know that feeling when you tell someone a secret and then wonder if it is going to get out? (I mean, I have heard some people worry about that.)

Well, system operators managing security often (maybe always) worry that secrets used to access their networks and resources will get out or be set up incorrectly, exposing their systems.

Akash is with Appsecco, which is a relatively small company with typical production and staging requirements:

Akash said he started his system hardening journey with, "what I know best: installing and configuring software". He chose Vault and Goldfish because of its well-written installation instructions and most of the complexity is hidden. Additionally, it seemed easy enough to expand.

Once your software is installed, you have to answer the question of where to store the secrets and what secrets do we need to worry about. Examples of secrets include:

After this was set up for Akash, he still had nagging doubts and gnawing fears in the back of his mind:

What did Akash do? He switched hats from operations to security and didn't panic. He took a step back and thought of, "abstractions which are simple enough for me to understand." Some concepts that helped Akash include, plaintext keys, secure storage, secure access, and the ability to choose which users see which secret.

Some attributes that helped Akash: 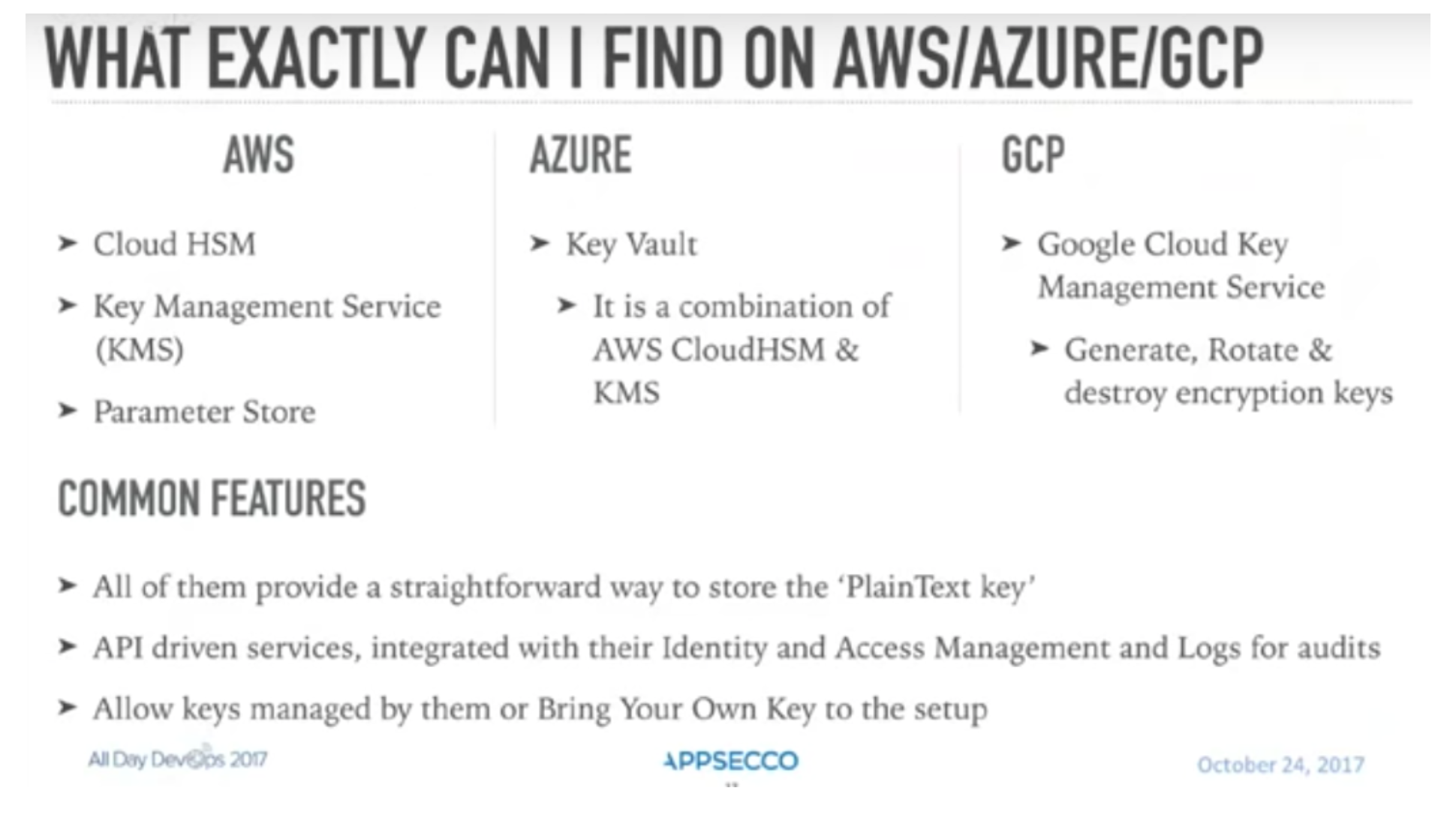 If you plan to store secrets in your cloud, Akash offered up a few things to think about:

Akash wrapped up his talk with a recommendation to start simple with two approaches f or managing secrets: one for humans and another for systems. For humans:

If you want to hear Akash's full talk, you can watch it here.