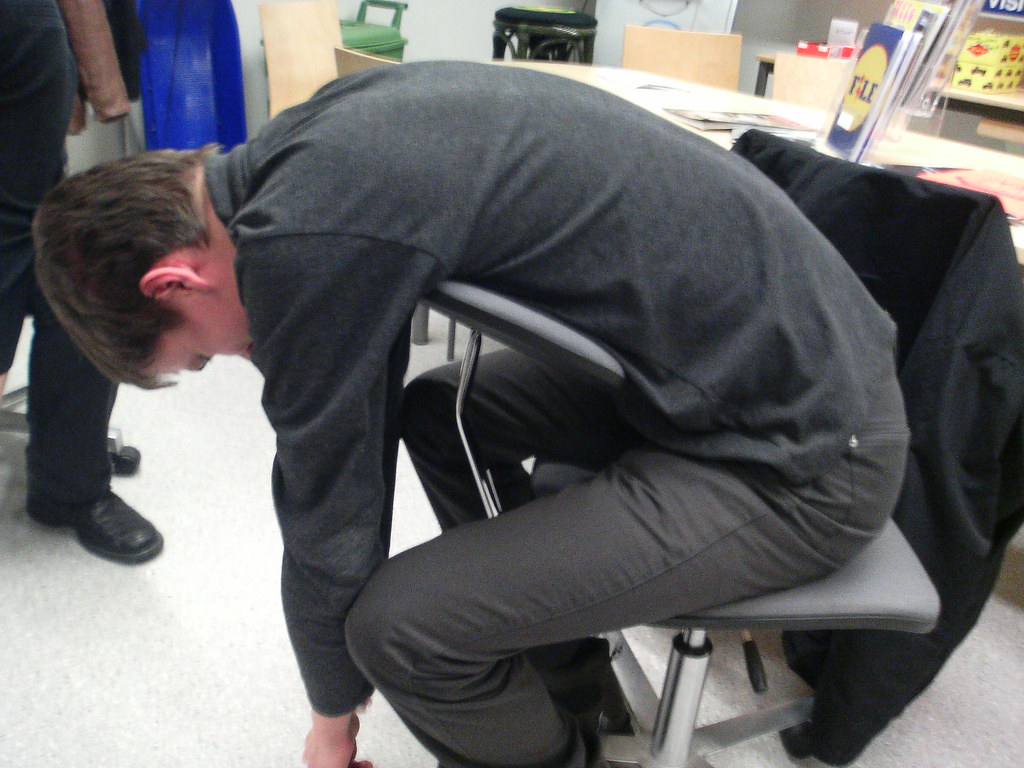 If the majority of your work meetings leave you feeling like this, you probably want to find a different employer.
Photo by Flickr/Ville Saavuori

If you’re a professional software developer – which is likely since you’re reading this article – you’re probably on Reddit. A lot.

And why wouldn’t you be? It’s a magical place where you and your tribe can exchange pearls of wisdom like this one: 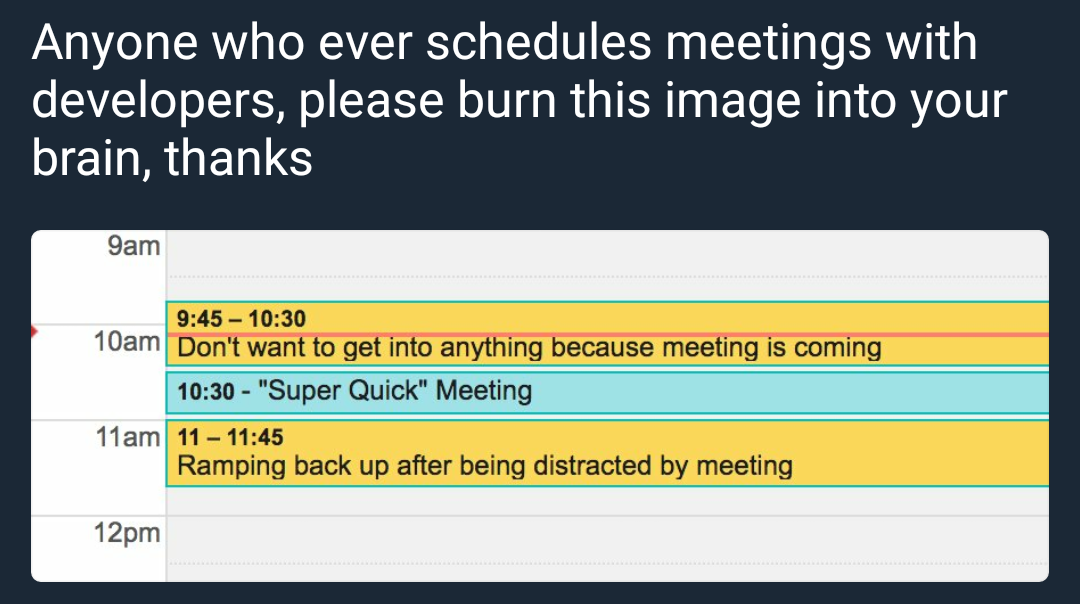 Indeed, it’s a well-known fact at this point that work meetings, particularly those for developers, are the absolute worst.

(Scott Adams did, after all, make one hell of a career lambasting the absurdity of it all. And if you haven’t seen Tripp and Tyler’s A Conference Call in Real Life, I don’t even know what to say to you; get on that.)

Between narcissistic “middle managers [using meetings] to demonstrate how important they think they are,” as one Redditor put it, and everyone and their mom being required to attend so that no one falls out of “the loop,” what could be an invaluable collaboration tool has devolved into this never-ending time suck where nothing ever actually gets accomplished and everyone is chronically pissed off.

But it doesn’t have to be this way! And in at least a handful of organizations, it isn’t, as researchers writing in the Harvard Business Review found out.

What could be an invaluable collaboration tool has devolved into this never-ending time suck where nothing ever actually gets accomplished and everyone is chronically pissed off.

While, admittedly, the majority of the researchers’ survey respondents were hit hard over the head with what the team dubbed “the triple whammy of meetings” – i.e. those that happened far too frequently, were poorly timed, and then badly run to boot – there were (thankfully) some companies that actually had a brain. And perhaps a heart as well.

These companies were willing to reexamine the trope of the “necessary evil” meeting, or as one executive ironically phrased it, “the cultural tax we pay for the inclusive, learning environment that we want to foster,” and figure out how to make a workplace where people don’t regularly feel the urge to stab themselves in the leg with a pencil.

(I’m not making this up; the researchers talked to one executive who actually did this to keep herself from losing it in a meeting.)

Because this, more than any other factor, is how the best teamwork happens in real life. Sure, we can spout off all day long about how important facetime is for team cohesion and synergy (if you’re the buzz word type), but if we’re not creating an environment where people can follow through and get things done, what the hell is the point?

“Every minute spent in a wasteful meeting,” the researchers write, “eats into time for solo work that’s equally essential for creativity and efficiency.” And if these meetings are scheduled every hour or so throughout the day – an all-too-common occurrence for many of you Redditors – “deep work,” or the ability to focus on a task without distraction, can only ever happen on personal time.

It’s no wonder, then, that “how workers feel about the effectiveness of meetings correlates with their general satisfaction or dissatisfaction with their jobs,” since, the researchers point out, “people tend to come to work early, stay late, or use weekends for quiet time to concentrate.”

And I don’t think you need a PhD in psychology to realize that unhappy, burnout workers are not good for the bottom line.

So, what are these rare few companies doing with meetings so that their teams can have the best of both worlds – collaboration and solo time?

Well, for starters, they have mandatory “meeting-free” hours (and for some companies, this extends to entire days). They also tend to schedule meetings sparingly and only with actual stakeholders. Other teams are kept up to date with prompt email dissemination of meeting minutes. (And yes, meeting minutes are a real thing. Shocking, I know.)

But perhaps most importantly, these companies make the time to talk to their people about their individual needs on the job.

If we’ve learned anything in the nearly 150 years since the birth of psychology, people are not one-size-fits-all. And their time is the most sacred asset they have.

So, seriously, the next time you venture out into the job market, do yourself a favor and sit in on a meeting. You’ll learn all you need to know about the company you may soon find yourself in bed with. There’s nothing worse, after all, than a partner who doesn’t respect your needs.

That Time I Deleted All My Meetings (On Purpose)

Who Could Be The Psychopath In Your Office?