In a previous blog, we discussed the features that were added in Java 8.

More than three years after the release of Java 8, the next version is now just around the corner, with a tentative release date of Sept. 21, 2017. 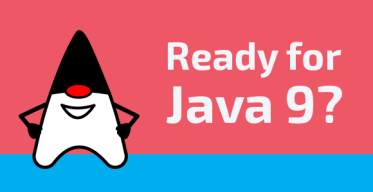 You may have heard about Java 9’s module system, but there’s even more to this new version. In this blog, We will try to cover some of them.

Oracle has introduced a new tool called “JShell.” It stands for Java Shell and is also known as REPL (Read Evaluate Print Loop). It is used to execute and test any Java construct, like class, interface, enum, object, statements, etc., very easily. Many languages already feature an interactive Read-Eval-Print-Loop, and Java now joins this club. The REPL/JShell looks like:

Java 9 will have full support for HTTP 2.0 and features a new HTTP client for Java that will replace HttpURLConnection — and also implements HTTP 2.0 and websockets.

The new API is located under the java.net.http package.

This API uses the Builder pattern, which makes it really easy for quick use :

One of the big changes in Java 9 features is the module system. Oracle is going to introduce the following features as part of Project Jigsaw.

One of the main motivations here is to provide modular JVM, which can run on devices with a lot less available memory. The JVM could run with only those modules and APIs which are required by the application.

You can explore more about Jigsaw here.

Java SE 9 is coming with some improvements in the Process API. They added a couple of new classes and methods to ease the controlling and managing of OS processes.

This update will extend Java’s ability to interact with the operating system: New direct methods to handle PIDs, process names and states, and the ability to enumerate JVMs, processes, and more. For example, the code for retrieving Linux PIDs will look like:

Java 9 comes with a lightweight API for consuming and generating documents and data streams via the JavaScript Object Notation data interchange format, which is based on a subset of JavaScript and serves as an alternative to XML.

The main goals of this API will be as follows:

It is expected that this JEP will be delivered as a set of new sub-packages in the java.util hierarchy and will consist of at least four modules: events, streams, trees, and generators. No existing modules, packages, or classes are expected to be modified. The JSON API is not expected to have any dependencies that are not already part of the Java base module.

The Smart Java Compilation Project is intended to improve the sjavac (Java programming language compiler) tool, enabling it to be used by default in the JDK build and also generalizing it so it can be used to build large projects other than the JDK.

Due to the various issues relating to stability and portability, sjavac is not used by default in the JDK build scripts. The first goal of this JEP is to resolve these issues. This involves making sure the tool produces reliable results on all software/hardware configurations at all times.

The overarching goal is to improve the quality of sjavac to the point where it can serve as a general purpose javac wrapper able to compile large arbitrary Java projects.

In Java 8, we can provide method implementation in Interfaces using Default and Static methods. However, we cannot create private methods in Interfaces.

To avoid redundant code and add more reusability, Oracle is going to introduce private methods in Java SE 9 Interfaces. From Java SE 9 onward, we can write private and private static methods in an interface using the ‘private’ keyword.

If you’re evolving APIs with default methods, private interface methods can be helpful in structuring their implementation.

Nowadays, Reactive programming has become very popular in developing applications to get some beautiful benefits. Scala, Play, Akka, etc. have already integrated Reactive Streams and are getting many benefits. Oracle is also introducing a new Reactive Streams API in Java SE 9.

These interfaces support the Reactive Streams publish-subscribe framework. Java 9 also provides a utility class: SubmissionPublisher. A publisher produces items that are consumed by a number of subscribers. And a subscriber is managed by a subscription. A subscription links the publisher and subscriber.

In Java SE 9, Oracle is going to introduce a new Мulti-Resolution Image API. The important interface in this API is MultiResolutionImage .

MultiResolutionImage encapsulates a set of images with different heights and widths (that is, different resolutions) and allows us to query them with our requirements.

Basically, this new API allows a set of images with different resolutions (width and height) to be encapsulated into one single image.

The new API, which is defined in the java.awt.image package, can help us:

Apart from these features, There are loads of new features/improvements in store with the release of Java 9 like:

Well, all said, all these features are expected to make their way into the Java 9 update, but we can say nothing is ever guaranteed when it comes to Java. So, let's wait and see what Java 9 has in store for us!