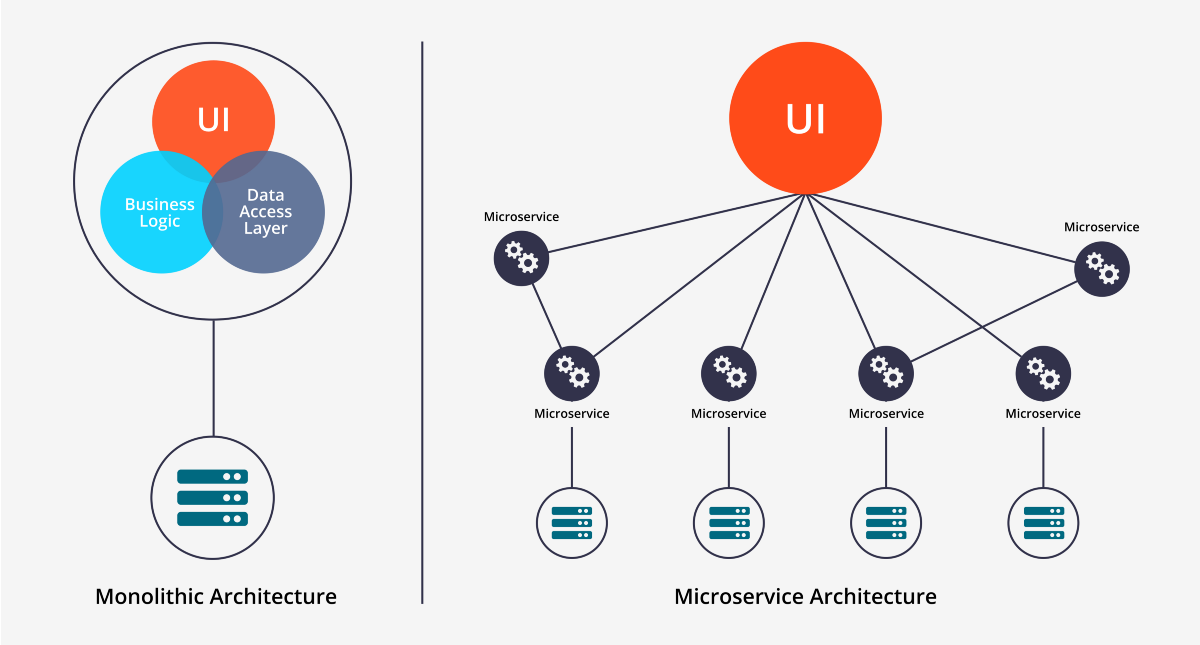 I will start with a scenario where a large system is being developed for over a decade. With time, it has become a gigantic system with ideas from so many developers, and the team is finding it costly and time-consuming to maintain the system on daily basis.

The technology team and management are very keen on a new buzzword called microservices. But it involves the cost of transformation.

This journey of defining a microservice from a legacy system itself is a legend.

Let’s take an example domain of a POS application for a monolith/legacy system. It is a commonly understood domain for everyone.

It consists of the following broad modules built into a gigantic system:

How do we plan a migration for such a system? It may look easy when we migrate the entire system. But the business cannot wait till everything migrates.

There are some architectural challenges when we take an incremental approach and slice the domain into multiple vertical sections and migrate step by step.

I will explain some steps required to achieve your microservices goal. All the steps need not be sequential as mentioned. For example, 3 teams can take up steps 1, 2, and 3 in parallel. Steps 1 and 2 are very important steps to plan before considering other steps.

The first step toward the microservices approach is planning the DevOps for your microservices. You should have continuous deployment methodologies set up for building, testing, and deploying microservices as you are done with some features ready to deploy.

You can also look at containers and tools like Kubernetes for orchestration. Since it is a generic topic, we will not get into technology details and will keep it open to choosing the technology of your choice.

Within this, the important thing to look at is API Gateway technology that can be used to compose several APIs.

The next step toward rewriting is to identify the vertical business domain subsystems in the system. In our example, we have customer, cart, product, promotion, and payment.

I recommend you go through the Domain-Driven Principles of Eric Evans to create a framework for identifying a core domain and supporting domains in a system. It is also important to understand the Bounded Context principles in-depth to split a domain vertically into decoupled layers.

Out of these business domain subsystems, suppose the first domain you pick to rewrite is promotions.

What is the advantage of choosing promotions modules as the first rewrite?

In the process, keep your dependency on the monolith as minimal as possible, and the module must be decoupled from other services. There may be some rare places where the dependency may be required. For that, expose a new API from the monolith and then access the API through an API Gateway in the new service.

The principle to slice out the microservices from the legacy should keep its focus on the functionalities rather than decoupling the code and extracting the code reuse from the monolith. Focus on rewriting the capabilities and get rid of the old code. The reasons being:

Then comes planning for the next module that needs to be taken up. By this time, the team will be well-rehearsed with the microservices transition. Teams can make the transition in the order payment, cart, product, customer. I have considered the customer in the end because it has a dependency in all modules and the dependency back to legacy will be minimal since the cart uses the other dependency as master data. You may consider some of the modules to be developed in parallel and continue maintaining it with respective teams. In any case, teams should keep the design goals in the order given above for a smooth transition.

There are still challenges when designing individual services. As the amount of architectural code can bloat very easily. To simplify this aspect I have built, FlexBase.

FlexBase generates 60-80% of plumbing code for your functional requirements and is very useful while following Step 5 explained above. With Flexbase, the process of transitioning to microservices becomes easier and less error-prone.

Published at DZone with permission of Satyajit Behera. See the original article here.