DZone is proud to be supporting the State of the Developer Nation Survey run by our friends at VisionMobile! This is the 12th developer survey, focusing on a 360 view of developer tools, skills and salaries. 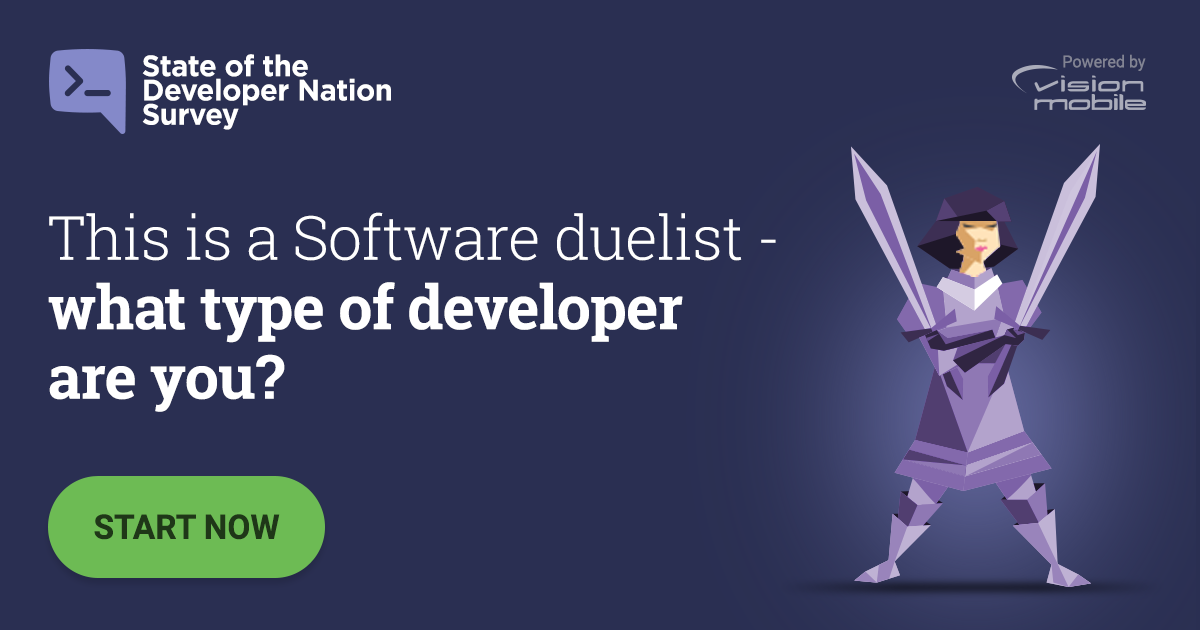 The survey features questions on topics like programming languages, platforms, app categories, new technologies, revenue models, IoT verticals - and of course - tools. It’s a survey made by developers, so the questions will be relevant plus you will get to learn something new - and it only takes 15 minutes!

Also - this is a survey that’s actually fun! Once you complete it, you’ll get to find out what kind of character you’d be in a fantasy world, based on your responses: A mage? A fighter? A dragon slayer? Take the survey and find out!

Participants can win one of the tens of prizes available including a MeccaNoid G15 KS, an Apple Watch Series 2, an Oculus Rift headset, a Pixel Phone, Udemy courses and more.

VisionMobile will show you how your responses compare to other developers’ in your country. You’ll also be the first to receive the State of the Developer Nation report (due February 2017) based on key survey findings.