Nestled well in the selection of regular ‘tech’ conferences that take place in the Baltics, Login isn’t about pitching, startups, or the latest piece of software or hardware, but more meta, and about the technology itself. Maybe this will make more sense after I explain some of my favorite talks.

I feel like I have written "empathy" a lot with regards to technology recently, and this is a good sign, as our industry sorely needs it. My first talk of the conference was with the wonderfully bearded Phil Harvey speaking about how we can be more conscious with our processing, analysis, and use of data. 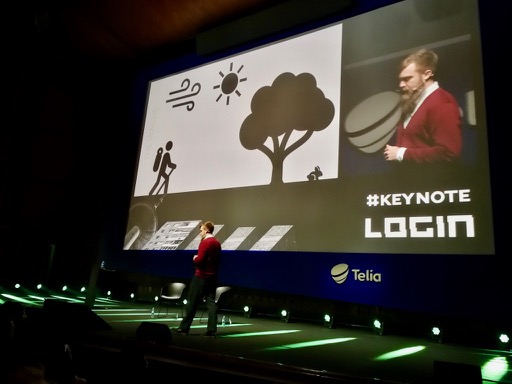 Phil is fundraising for a book on the subject called “Data: A Guide to Humans”, and he touched on many topics in the forthcoming book during his talk. Phil stated that technical choices are the second most important choice you make when creating a data-heavy application. Phil proposes that the steps you might take to make your data collection more ethical match those that lead to better and more efficient applications generally.

While slightly complicated to understand from a single photo, the slide below shows his central principle, which Phil calls "paradigmatic empathy" (at least I think he coined the term). 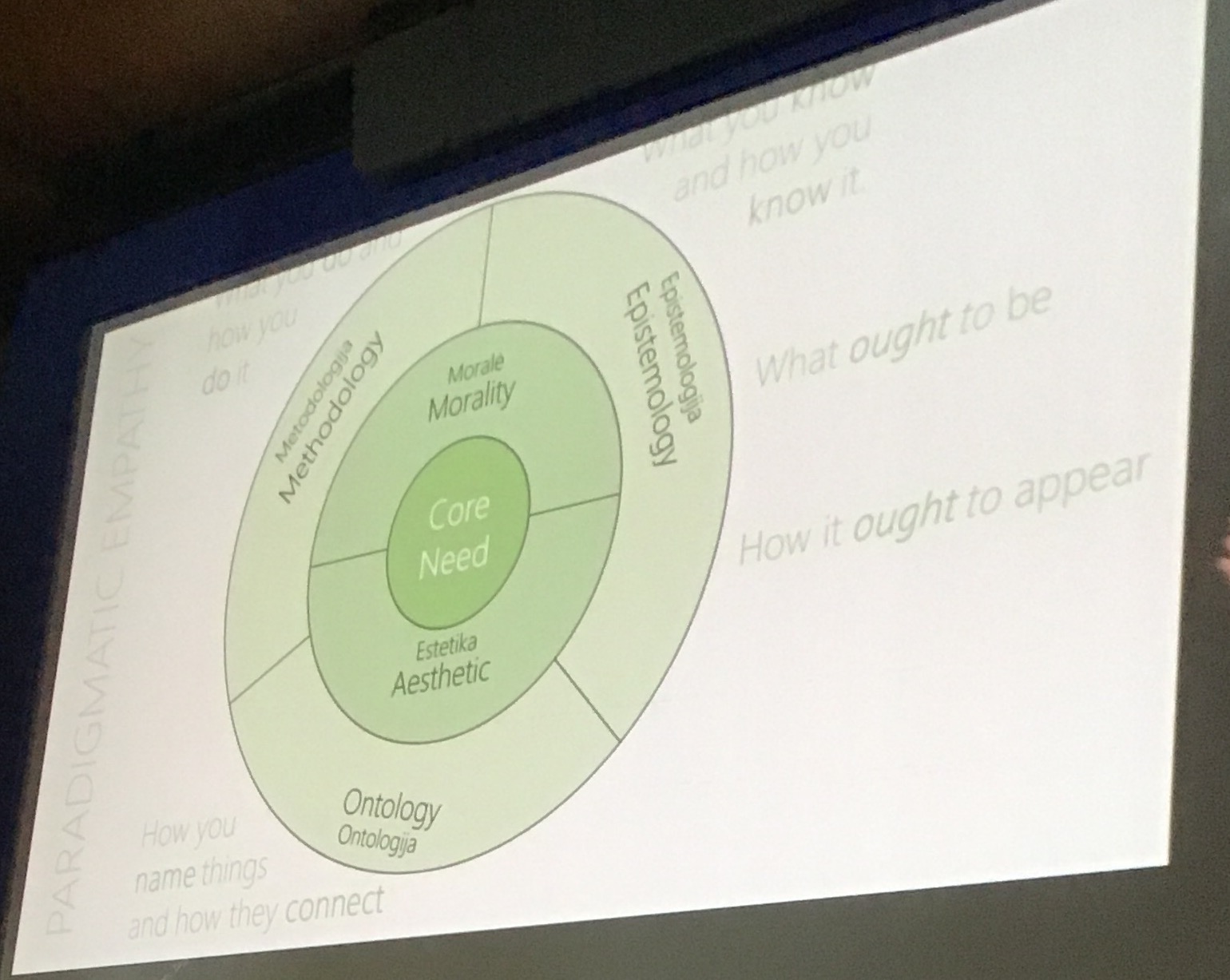 At the center is the core need for your data; why collect if it brings no value to you or your users? Next is the morality of collecting that data, which is somewhat dependent on your definitions (and is a whole other discussion), but I hope most humans can make a judgment call here. At the same level is the aesthetic value, which relates to the design of your data set, whether it's well designed and thus more useful. Related to both of these circles are three ‘ologies’:

As with many other conferences in the world, Login also had a lot of blockchain content, but the talk I’d like to single out as one of the most interesting and useful was from Yamila Eraso of Lacore on regulation.

While national and regional policies are slowly solidifying and mainly progressing in favor of those involved with blockchain, it’s still a confusing landscape that is often case-by-case for each project and ICO.

Counter to what is typically the case, the USA isn’t the most friendly country to start a blockchain-focused project as it’s often state-by-state and with many limitations and exceptions you need to know. Germany isn’t too bad, but it’s slow (and as a resident of Germany, this is typical of bureaucracy here), and Switzerland is more flexible but isn’t so useful for classifying your project. In the long term, Malta looks to be promising, but they are still defining their policies.

When Dalia Ibelhauptaitė took to the stage, it was clear from her volume and presence that she had something to do with opera. She was a refreshing reminder that not all disruptive entrepreneurs are young, or working in the places you expect.

She spoke about how she had returned from many years overseas to reinvent opera in Lithuania, bringing new ideas to a staid local scene, and causing no end of controversy on the way.

She mentioned taking a chance on ideas that were ahead of their time and collaborating with people from outside of your field as advice for anyone with an idea they are passionate about.

There was a running theme in several of the talks around how science fiction helps test ideas and ethical codes around those ideas, and Monika Bielskytė’s talk on "Designing Futures, Fiction to Reality & Back" was the summation of these themes. In her sometimes curious talk, she spoke about how similar and dystopian so many depictions of the future are. I think this is because dystopia is narratively more exciting than utopia, but it was an interesting proposition. I have also often reflected on how similar futuristic worlds are to our contemporary world, and Monika wondered the same, asking why any depiction of a futuristic up topic (e.g., Star Trek) is always so monocultural. Where are all the different genders, colors, and opinions our modern world is so passionate about arguing over in the future?

The adage about “sex sells” holds true for Bryony Cole’s talk, as the room was standing room only, with even larger attendance than the keynotes. Unsurprisingly, sex tech is a big business, and as Bryony points out, diversity in this sector is of tantamount importance. In her talk, she undertook a quick tour through what the sex tech category currently includes, which is everything from remote intimacy and VR porn to anti-rape devices, which makes for a strange mix, and I wonder if they may separate at some point. She ended her talk with an appearance from Matt McMullen and his company's realbotix sex robot. The talk was fascinating, covering how they make the robots, what people ask for when ordering them, and how they use them. The robots are still rudimentary at an AI level, but one of the more fascinating aspects of the whole discussion was how customers interact with their robots, and how it might not be the way you think. For example, one of the common questions to a robot is “Can the robot make me a sandwich?” showing that people are often actually looking for intimacy and a relationship of sorts, not just sex. This starts to ask questions about the future of intimacy and relationships, which to me, is where the topic gets interesting.

You can see a video I took of the conversation between Bryony, Matt and his robot below.

Login was one of the many conferences I’ve attended where initially the schedule seems a bit chaotic, and with no real themes, but then slowly topics and ideas appear in talks, and by the end of the day your brain is full of a mixture of diverse ideas mixing to form newer and even more exciting ideas. Well recommended for 2019, and well, Vilnius is fantastic, so what have you go to lose?

Disclaimer: My trip to Login and Vilnius was sponsored by Telesoftas, and there will be more content from that trip soon.