Machine learning is overhyped nowadays. There is a strong belief that this area is exclusively for data scientists with a deep mathematical background that leverage Python (scikit-learn, Theano, Tensorflow, etc.) or R ecosystem and use specific tools like R Studio, Matlab, Octave or similar. Obviously, there is a big grain of truth in this statement, but Java engineers can also take the best of machine learning world from applied perspective by using our native language and familiar frameworks like Apache Spark.

In this introductory post, I will use Apache Spark MLlib to distinguish pop music from heavy metal for you to learn basic NLP pipeline and, I hope, simply have fun.

My initial hypothesis was that there are differences in genres not only in music itself but in lyrics too. So my simple NLP task can be formulated as following: recognize a genre in the given verse.

For instance 8 lines of random lyrics:

I'm gonna get you, Satan get you”

should be recognized as metal music cause these sentences belong to famous AC/DC "Hells Bells".

For the simplicity, I decided to use only two genres: pop and metal, but the approach described below can be easily extended to support more musical styles, e.g. blues, rap, etc.

The roadmap for implementation was pretty straightforward:

So, having even small marked dataset, my initial hypothesis transformed into a trivial supervised machine learning pipeline.

I decided to use Apache Spark MLlib just because it has handy pipeline features that were introduced in 1.2.0 version. In addition to that MLlib has a big set of feature extractors and ML algorithms (including required logistic regression) out of the box. So let's move to the next section.

MLlib standardizes APIs for machine learning algorithms to make it easier to combine multiple algorithms into a single pipeline, or workflow. MLlib represents such a workflow as a Pipeline, which consists of a sequence of PipelineStages (Transformers and Estimators) to be run in a specific order. These stages are run in order, and the input Dataset is transformed as it passes through each stage. For Transformer stages, the transform() method is called on the Dataset. For Estimator stages, the fit() method is called to produce a Transformer (which becomes part of the PipelineModel, or fitted Pipeline), and that Transformer’s transform() method is called on the Dataset. Schematically a generic MLlib pipeline can be represented like this:

The most interesting part of feature extraction is to map each word/verse to a unique fixed-size vector.

For that purpose, I used Word2Vec that computes distributed vector representation of words. The main advantage of the distributed representations is that similar words are close in the vector space, which makes a generalization to novel patterns easier and model estimation more robust.

Apache Spark MLlib provides Word2Vec out-of-the-box. It is an Estimator which takes sequences of words representing documents and trains a Word2VecModel. The Word2VecModel transforms each verse into a vector using the average of all words in the verse. This numeric vector can then be used as features for prediction.

An important task in ML is model selection or using data to find the best model or parameters for a given task. In our case, the parameters might be vector size for Word2Vec, a number of sentences used to combine a verse (and verse is considered as one feature for training), maximum iterations for logistic regression, etc. Tuning may be done for individual Estimators such as LogisticRegression, or for entire Pipelines which include multiple algorithms, featurization, and other steps. Users can tune an entire Pipeline at once, rather than tuning each element in the Pipeline separately. 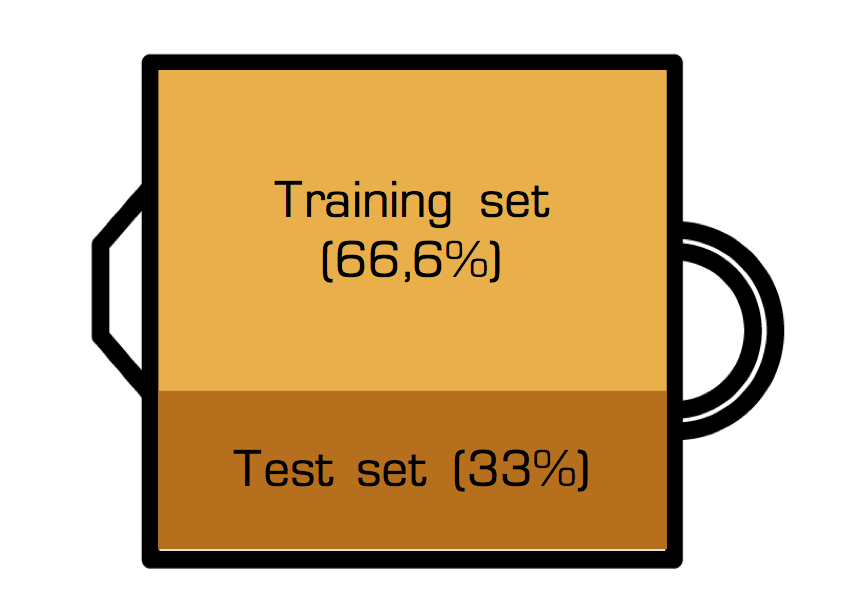 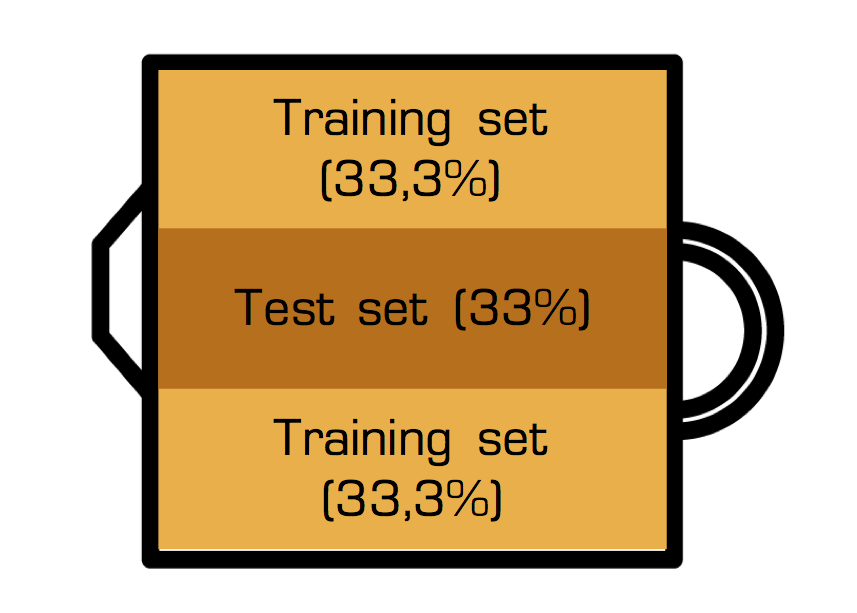 Eventually, I ended up with a custom Pipeline combined both with default MLlib components plus my custom Transformers:

The components marked in black are present in MLlib out-of-the-box, while those in orange were added by me to achieve the desired Pipeline that starts with reading raw data and adding labels (0|1) plus:

The thing I like most in Spark MLlib is that our visual understanding of ML pipelines can be seamlessly reflected via code:

Now having CrossValidatorModel we can easily predict a genre for unknown lyrics:

I'm gonna get you, Satan get you

My lightnings flashing across the sky

Youre only young but youre gonna die

I wont take no prisoners wont spare no lives

Nobodys putting up a fight

I got my bell Im gonna take you to hell

Im gonna get you Satan get you

youre young youre gonna die

your young your gonna die

After Word2Vec (vector size is configurable):

Usually, there is a clear separation for ML tasks, i.e. first create a good model (that takes quite a lot of time for training) and second use it in production (very efficiently, especially in streaming applications). So it is quite useful to save the best model to a disk and then frequently use it for predictions. In Spark 1.6, a model import/export functionality was added to the Pipeline API. So we can easily save a model to a specified output directory:

and then read and use it when needed:

Apache Spark MLlib has a lot of advantages:

But there are some drawbacks too, among them:

Anyway, I was able to represent my thinking pipeline via code and train the model that has an accuracy of 93.32% using just ~65k lines of lyrics.

A source code is on GitHub, more visual information about mentioned topic is on a Slideshare.