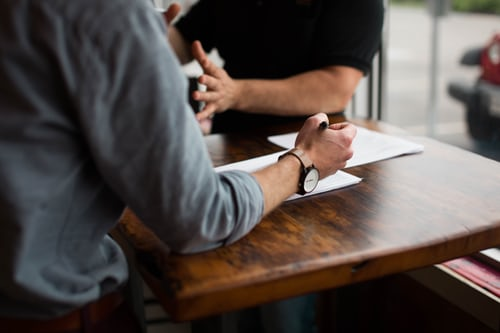 I had the opportunity to meet with Karthik Ranganathan, Founder & CTO, Yugabyte during the Distributed SQL Summit in San Jose. Earlier in the week, they announced the general availability of Yugabyte DB 2.0, the 100% open-source, high-performance distributed SQL database for global, internet-scale applications.

Updates include PostgreSQL syntax and wire-protocol compatibility, high-performance benchmarks, Jepsen-tested correctness, and Oracle-to-Yugabyte migration utilities. With Yugabyte DB’s SQL API (YSQL) ready for production, organizations are able to move away from monolithic SQL systems like Oracle to a distributed SQL database that is both open source and cloud-native.

You may also enjoy:  Is SQL Beating NoSQL?

These updates mean there is an alternative for organizations looking for a distributed SQL solution with the look at feel of PostgreSQL that is high-performing and correct. Yugabyte’s SQL benchmarks showed throughput that was nearly twice that of AWS Aurora and almost 5x more than CockroachDB. Additional details on updates include:

What are your goals for the first Distributed SQL Summit?

We are seeing a trend where people are moving from SQL and NoSQL to get the best of both worlds with distributed SQL. The purpose of the summit is to help people learn from others, as well as see benefits others are realizing and problems they are solving with distributed SQL databases.  Most of the people attending the summit are figuring out how to get started, how to scale horizontally and to learn how distributed SQL applies to their particular use cases.

What are the problems Distributed SQL solves?

As microservices move to the cloud with data, apps, and queries increasing exponentially, people want to use the SQL language because it’s feature-rich and familiar. However, they also need their databases to scale horizontally. When they need additional capacity, they can just add a node that’s fault-tolerant and highly available so when a node dies it doesn’t impact users or service. Additionally, there’s a need for geographically distributed data for regulatory purposes and to move the data closer to users for improved user experience (UX). As response time improves user acquisition and retention improves.

People have been moving non-critical data to NoSQL while keeping their critical data in SQL. However, those who want to scale out their transactional data are at a crossroads and are stuck because neither SQL nor NoSQL meets all of their needs. The solution is to move to a distributed SQL database.

A simplified example is an online retailer that has the key components of product inventory, a shopping cart, and order. They may have started with the catalog on a NoSQL database, but kept their source of truth in a  SQL database. Orders are always in SQL because they are transactional and the company needs a lot of SQL features. The shopping cart is where the struggle happens.

As orders scale with more users, more purchases, made more often, the database needs to scale quickly. They need somewhere to put critical data without compromising functionality. This is where distributed SQL comes in.

During checkout, real-time transactions need to be tracked between the inventory and the shopping cart. There needs to be high availability and resilience since any failure could prevent the order from being completed — if a failure prevents checkout from being completed, you’re losing business. If someone clicks to checkout and it begins spinning, they will not be happy and will go somewhere else. Data needs to be geographically distributed to ensure transactions are executed quickly.

Additionally, your cart and your orders now contain personal data thus making geographic distribution of data important to meet regulatory requirements. It’s also important to think about the ability to work in a  multi-cloud environment since many retailers do not want to pay AWS since they are competing with them, and the increased likelihood of an acquisition having a different cloud provider.

What are the challenges your clients are trying to address?

They want all of this with high performance to provide the best UX and CX.

How hard is it to make the transition?

How do you see the evolution of distributed SQL taking place?

What do developers need to know about distributed SQL?

We’ve taken the most popular database, PostgreSQL with all the features and made it cloud-native, scalable, and fault-tolerant. We took the same PostgreSQL codebase and put it on top of Yugabyte to leverage the codebase and make it a scalable, distributed database. It’s perfect for the cloud and 100% open source

As data explosion happens you will have many databases. Think about how to manage all these databases in geographically distributed regions.

The Types of Modern Databases