this post explores a sentence from the book single digits :

any number in pascal’s triangle that is not in the outer two layers will appear at least three times, usually four.

pascal’s triangle contains the binomial coefficients c( n , r ) where n ranges over non-negative numbers and r ranges from 0 to n . the outer layers are the elements with r equal to 0, 1, n -1, and n . 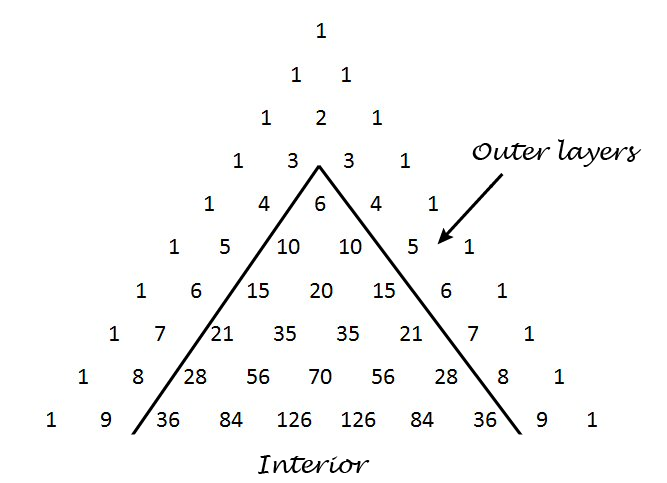 i’d like to use a numpy array for storing pascal’s triangle. in the process of writing this code, i realized that a numpy array with dtype int doesn’t contain python’s arbitrary-sized integers. this makes sense because numpy is designed for efficient computation, and using a numpy array to contain huge integers is unnatural. but i’d like to do it anyway, and the to make it happen is to set dtype to object .

this means that any number you find in the interior of pascal’s triangle, interior meaning not in the two outer layers, will appear at least three times in the full triangle, usually more.

here are the statistics from our code above regarding just the interior of pascal’s triangle: