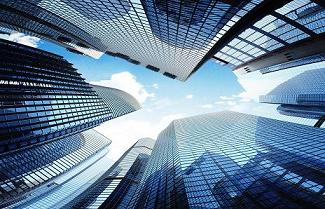 when bbva launched “wallet”, an app customers use to manage their payment cards, they did so using agile development.

so, too, when bbva compass opened last year in birmingham, ala., it was clear from their newly designed and prominently featured agile pods, that they were committed to the “new” way of completing projects. tangerine bank, capital one and jpmorgan chase have each also partially, if not fully, integrated agile into their operations.

for those uninitiated readers, agile is a methodology of creating software in smaller chunks within intense two to three week “sprints” that companies began using in its modern incarnation in 2001, when a utah ski resort published the manifesto for agile software development . however, banks only recently began integration, mostly due to increased demand for more customer-centric products and the use of programming languages such as java that allow for agile, unlike older core systems written in languages such as cobol.

agile allows firms to work on projects at a quick pace, while seamlessly collaborating between groups. most importantly, projects are adaptable to user feedback, successes and failures. an unforeseen issue can quickly be fixed before it jeopardizes an entire product, as it could have in the past.

according to jose “pepe” olalla, interim head of business development at bbva compass, “the most relevant reason is we’re producing more technology for our customers, and our customers have rapidly transforming demands… [agile] is the way you come out with a minimum viable product asap, you learn quickly from the customer response and you react quickly to generate new releases or new versions of the software.”

as is expected with any new innovation, not all bank integration to agile has gone smoothly. older managers fear what can appear to be an almost “free for all”, disorganized, spirit that comes with agile. other challenges include budgeting for agile; budgeting the traditional way does not work with agile, which requires a more flexible path to project completion.

download this white paper: why the finance sector should adopt database continuous delivery

one thing is for sure, banking and other industries will continue to adapt to this new “bottom-up” direction of delivering services through methodologies such as agile which allow them to cater to consumers who are increasingly demanding that products be developed with their needs in mind.