TL;DR: Development cycles continue to shrink. Companies have to adapt their processes or risk being left in their competitors' dust. Ensuring the software developers in your organization have what they need to deliver apps that meet your needs requires giving coders the kid-glove treatment: Let them use whichever tool and methods they prefer, and give them plenty of room to operate in.

Managing software developers is easy. All you have to do is think like they think -- and stay out of their way.

You have to be fast, whatever you do. Cockroft says its most efficient to let developers use the tools they prefer, and to work in the manner that best suits them. He recommends that companies let cloud services do the "heavy lifting" in lieu of buying and maintaining the traditional hardware, software, and app-development infrastructure.

Ultimately the organization adopts an amorphous structure based on constant, iterative development of apps comprised of loosely coupled microservices. Distinctions between development and operations blur because various parts of the apps are under construction at any time -- without preventing the apps from working properly. 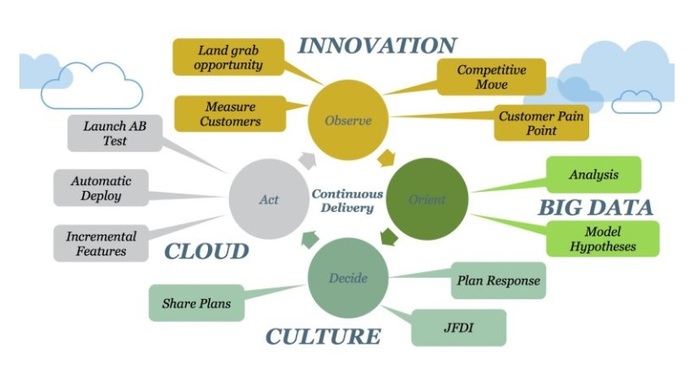 You'd be challenged to find a profession that changes faster than software development, which means coders are always on the lookout for a better way to get their work done. Code School founder and CEO Gregg Pollack claims that companies don't always do enough to encourage developers to pursue new and different interests.

In an October 16, 2014, article on TechCrunch, Pollack describes several ways organizations can encourage continuing education of their coders. One method that has met with success is pair programming, which combines work and learning because the two developers alternate between instructor and student roles, according to Pollack.

Considering the shear volume of software development innovations, it's impossible to be up on all the latest and greatest. In an October 18, 2014, article, TechCrunch's Jon Evans describes a condition he calls "developaralysis." This might cause a coder who is fluent in only eight programming languages to feel insecure. And for each language there are an untold number of frameworks, toolkits, and libraries to master.

One solution to developaralysis is the Morpheus database-as-a-service (DBaaS), which is unique in supporting SQL, NoSQL, and in-memory databases. Morpheus lets you provision, deploy, and host heterogeneous MySQL, MongoDB, Redis, and ElasticSearch. Access to key statistics across all databases is available via a single console. Morpheus offers free daily backups and replication of all database instances, and VPN connections protect your data from the public Internet.

Developers walk the thin line between relying on what they know and searching out new, better approaches -- ones that their competitors might use to run rings around them. As Readwrite's Asay points out, developers are ultimately creators, so managers need to allow coders' creativity to flow -- often simply by making themselves scarce.