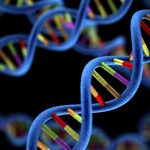 Genomics has shown tremendous promise in delivering incredible breakthroughs, but these breakthroughs have been based primarily on the kind of big data sets commonly found in AI-related projects. Just as many have argued that AI is being held back by the lack of diversity in those datasets, so too does a recent paper argue that similar problems might beset genomics research.

The research shows that most people included in genetic discovery research tend to be of European descent, which can skew the outcomes of the research considerably.

The study analyzed around 4,000 studies undertaken between 2005 and 2018, with the studies claiming breakthroughs in a huge range of conditions, from diabetes to Alzheimer's.

The problem wasn't so much that the sample sizes used in these studies were small, as many times, this wasn't the case at all. Indeed, there has been considerable growth in the size of samples used in genomic research in recent years. The problem is the lack of diversity within these samples, with non-white groups significantly under-represented.

Indeed, the analysis found that when non-European ancestry groups are included, it's often just to try and replicate results rather than make new discoveries. What's more, the study found that 72 percent of all participants came from either the UK (40 percent), US (19 percent), and Iceland (12 percent), which further distorted things as participants from these countries were disproportionately older and female (and often of higher socioeconomic status).

"The lack of ancestral diversity in genomic research has been an on-going concern, but little attention has been placed on the geographical and demographic characteristics of the people who are studied, who studies them, and exactly what they study. Genetic discoveries offer exciting medical possibilities, but without increasing the diversity of people studied and environments they live in, the usage and returns of this research are limited. There is increasing recognition that our health outcomes are a complex interplay between genes and the environment — or in other words, nature and nurture — yet most discoveries have been taken from populations that are very similar, with limited environmental variation, " the authors explain.

If genomics is to continue to grow in terms of reach and influence, then this relative lack of diversity is something that must be addressed.