It seems like everybody is talking about the Internet of Things (IoT) — the good, the bad, and the alarming — along with the lines of, "it’s the beginning of machines taking over the world." The IoT and artificial intelligence are when everyday products, such as refrigerators, watches, speakers, and more, are connected to the Internet and one another. IoT is already transforming our homes and workplaces. Let's take a look at what some of the brightest minds have to say about the rise of IoT and AI technologies. 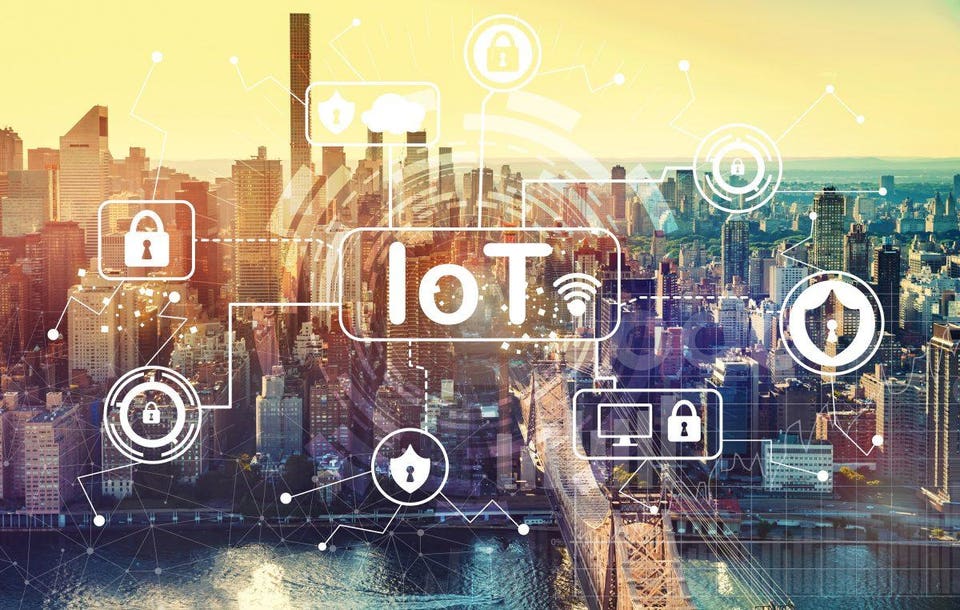 “If you invent a breakthrough in artificial intelligence, so machines can learn, that is worth 10 Microsofts.” — Bill Gates

“The opportunity we have is to build a secure, intelligent platform that solves some of the world’s greatest problems at scale. That’s what’s possible with hundreds of billions of connections and the capabilities that we can deliver together.” — Chuck Robbins

“And just like any company that blissfully ignored the Internet at the turn of the century, the ones that dismiss the Internet of Things risk getting left behind.” — Jared Newman

“If you think that the internet has changed your life, think again. The Internet of Things is about to change it all over again!” — Brendan O’Brien

“I think we should be very careful about artificial intelligence. If I had to guess at what our biggest existential threat is, I’d probably say that. So, we need to be very careful.” — Elon Musk

“When we talk about the Internet of Things, it’s not just putting RFID tags on some dumb thing, so we smart people know where that dumb thing is. It’s about embedding intelligence so things become smarter and do more than they were proposed to do.” — Nicholas Negroponte

“Despite continued security problems, the IoT will spread and people will become increasingly dependent on it. The cost of breaches will be viewed like the toll taken by car crashes, which have not persuaded very many people not to drive.” — Richard Adler

“What the Internet of Things is really about is information technology that can gather its own information. Often what it does with that information is not tell a human being something, it [just] does something.” — Kevin Ashton

“One cubic inch of nanotube circuitry, once fully developed, would be up to one hundred million times more powerful than the human brain.” — Ray Kurzweil

“As the Internet of things advances, the very notion of a clear dividing line between reality and virtual reality becomes blurred, sometimes in creative ways.” — Geoff Mulgan

“The Internet of Things is not a concept; it is a network, the true technology-enabled Network of all networks.” — Edewede Oriwoh

“Everything is being wired up or connected wirelessly—architecture, energy efficient sensing, secure networks, quality of service, new protocols, participatory sensing, data mining, GIS-based visualization, cloud computing, and international activities. It simply means that powerful information will be at our fingertips.” — Mehul Nayak

“We have a deep need and desire to connect. Everything in the history of communication technology suggests we will take advantage of every opportunity to connect more richly and deeply. I see no evidence for a reversal of that trend.” — Peter Morville

“Convenience and ‘magic’ will overwhelm concerns. The history of technology is clear on this front—ATMs, e-commerce, credit cards, the list is endless.” — Sunil Paul

“Despite hacks and privacy issues, people will feel a need to keep connected, partly because companies will reward them for doing so (or make life difficult if they don’t).” — Joseph Turow

“There will be all kinds of hiccups, horror stories, accidents, deliberate acts of sabotage and other bumps along the road that will slow but not stop our greater connectivity. Convenience and empowerment always seem to win for most people, even at some loss of privacy, control or transparency.” — Scott McLeod

I write books, deliver keynote presentations, and provide expert advice on big data, analytics, metrics, and improving business performance. I have helped many of the world’s leading companies and governments on how to answer their most critical business questions using data. Hope this post helped with your IoT and artificial intelligence projects!