A packaging manager is essential as the number of services increases complexity in an enterprise application development environments. Historically, enterprise app developers used to deploy on-premise applications with a simple copy and paste of the binaries, and then started writing basic scripts to deploy. This evolved into package managers like rpm, yum, pip and install anywhere, etc.

Deployment infrastructure is changing from on-premise to cloud, and deployment environment have gone from OS to container engines or orchestration engines. This step demands the need for a new package manager which never existed before.

In this article, we will discuss the need of helm, helm introduction and how to make use of it for app deployment on container platforms.

Cloud-native apps are built to have conceptual objectives mentioned below:

Architects and developers consistently make an effort to design and architect a microservice-based solution which can be deployed on-prem or on-cloud. Below is a list of challenges that are some of the common obstacles observed during the software development lifecycle.

These challenges cannot be resolved easily for the enterprise products that are in the industry from decades. Despite these challenges, making essential design changes can help you deploy your application on cloud-native platforms. Helm comes as a savior to do such heavy lifting of complex configuration and deployments. We will next see where Helm fits and how Helm can simplify the deployment.

Layer Over Layer Until We Reach Helm

Ever wondered about the extent to which we can add the virtualization/abstraction layers on top of each other? For the deployment of product we tested, CA Single Sign-On, the scenario is layered like below: 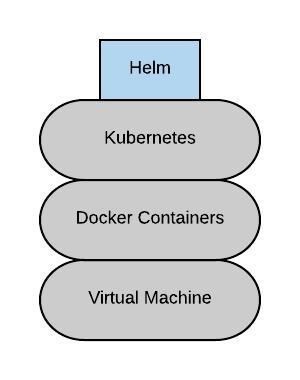 Helm is a package manager on top of Kubernetes orchestration. What Kubernetes can do in a couple of commands, Helm can do wonders using a single command.

An increase in the number of services is directly proportional to efforts to deploy, test and maintain. Kubernetes or Helm accepts YAML as the scripting language. These YAML files are written in a very precise manner with spaces and tabs. Even if one space is wrongly used, the files will not be properly parsed and it becomes difficult to debug the entire file as it gets quite lengthy and confusing due to a large number of services.

Similarly, updating or upgrading any service has to be done very attentively as sometimes dependent services might get affected and may stop working or malfunction due to errors in dependency YAML files.

Customization and Complexity of YAML Specific to Each Deployment

Each deployment consists of its deployment structure which is written in YAML files.

YAML files allow us tremendous flexibility to customize the configuration of our product. Just edit the required parameter in values.yaml and the rest will be taken care of by Helm. For such customizations, the template files which are referring to these values need not be touched. That’s the benefit of using centralized “values.yaml”.

When Helm starts parsing, it first hits the values.yaml file. This values.yaml consists of the basic configuration of the application which is used across the files present in templates folder of that chart, which is used to deploy the application. Sometimes common properties are written inside the _helper.tpl file which consists of the variable name and its value which needs to be used across multiple charts. It is like defining a directive template.

Helm also supports sub-charts concept where each chart is a different service or sub-application and it is easier to configure every component/sub chart easily. Those sub-charts can be defined inside a chart folder and they have the same structure as that of their parent chart but different values in values.yaml.

We all are aware of the simplicity yum has brought to managing (install, remove, upgrade etc) software packages. Imagine a tool which can do the same for the containerized applications developed by you. Helm is the way to go.

So, what yum is to an OS like RedHat, Helm is to Kubernetes. 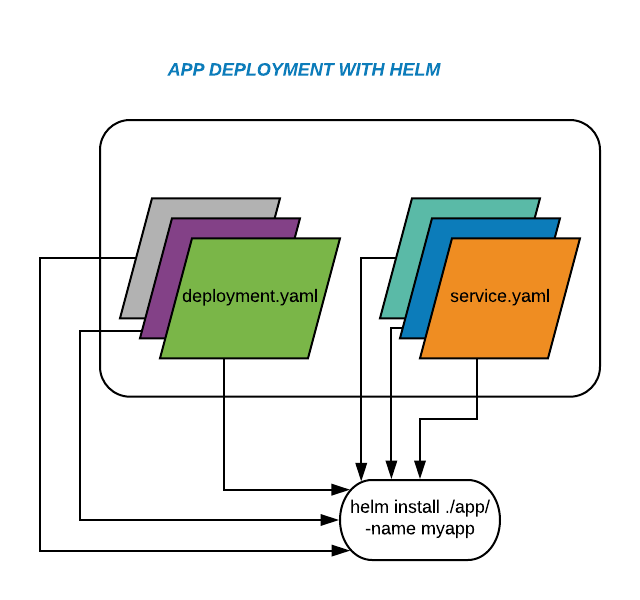 Without Helm, Kubernetes deals in terms of individual resources/objects of an application which are deployments, services, secrets etc. But Helm deals with the whole application as one entity (chart) and does all the operations (deploy, delete, upgrade) on this single entity. The user doesn’t have to ensure that he is not missing running  kubectl create -f file.yaml   for any of the files. This way the user can focus on deploying applications rather than focusing on the environment.

Just do a helm install chart_directory –name release_name   and sit back to see everything getting deployed in a go.

It's not an easy task to upgrade a deployed application. In Kubernetes, it becomes tedious to redeploy all the existing objects. It allows us to do this in two ways:

Helm does it much in a simpler way. Again, just by a single command:  helm upgrade release_name chart_directory .

One can even rollback a release of an app to the previous release by virtue of only one command  helm rollback application revision_no .

There are couple of alternatives to helm present in today's date, which are:

Helm follows client-server communication model and it is written in 'Go' language.

Helm client is a command line client for users which manages repositories and interacts with the Tiller to request for installations, upgrades, uninstallation etc.

Tiller runs inside of your Kubernetes cluster and manages releases (installations) of your charts. It interacts directly with the Kubernetes API server to install, upgrade, query and remove Kubernetes resources. It also stores the objects that represent releases. 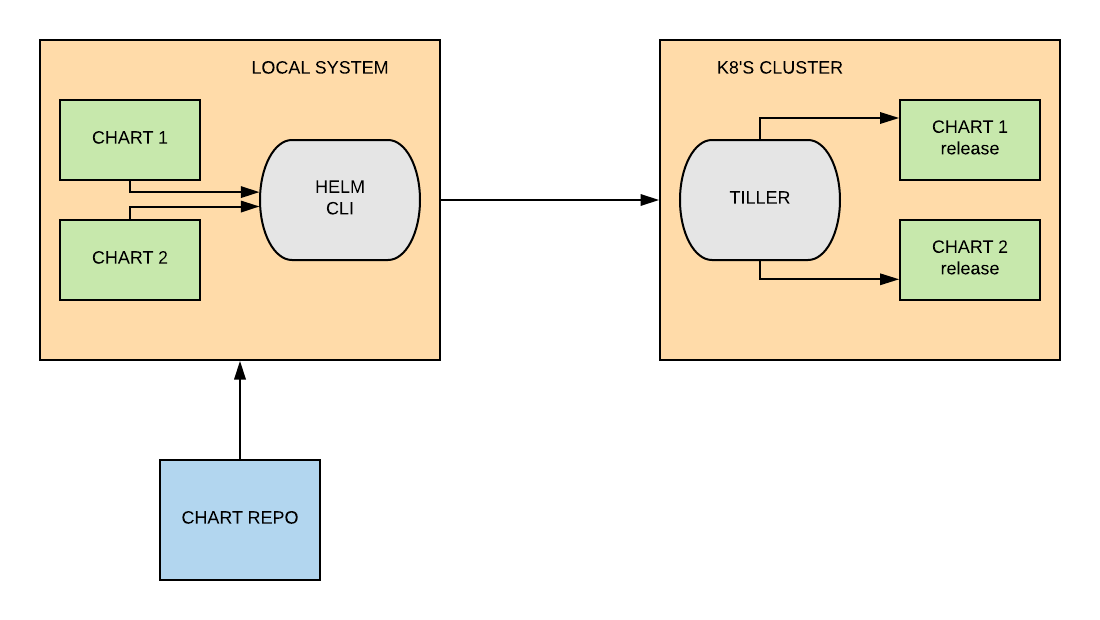 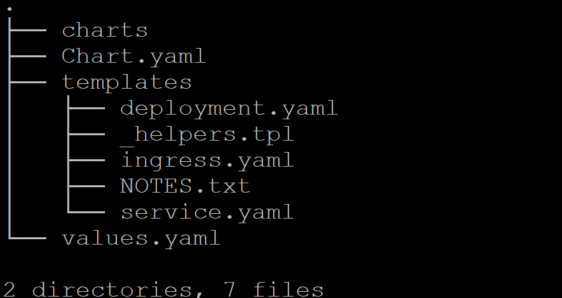 A Helm chart would typically consist of:

While we were writing Helm charts for large and true enterprise products like CA Single Sign-On, we realized that the development teams need to have a good understanding of the product design, deployment configuration options, external data sources, dependent libraries or third-party softwares, and temporary and permanent data location.

These Helm charts make the life of a developer very easy to deploy, migrate and upgrade an app on Kubernetes platforms.

We did observe the power Helm brings to the development team to make the deployment easy and simple. Helm is continuously making improvements to adapt to the needs of tomorrow.

We believe that Helm will be the de facto standard for Kubernetes deployments.