the recent dockercon 2017 event in austin, tx, saw more than 5,500 software delivery professionals rallying around the use of containers, with an emphasized focus on the usage of containerized applications in the enterprise. on day 1, docker’s ceo ben golub shared some eye-popping stats about docker usage and how that has changed over the past three years: 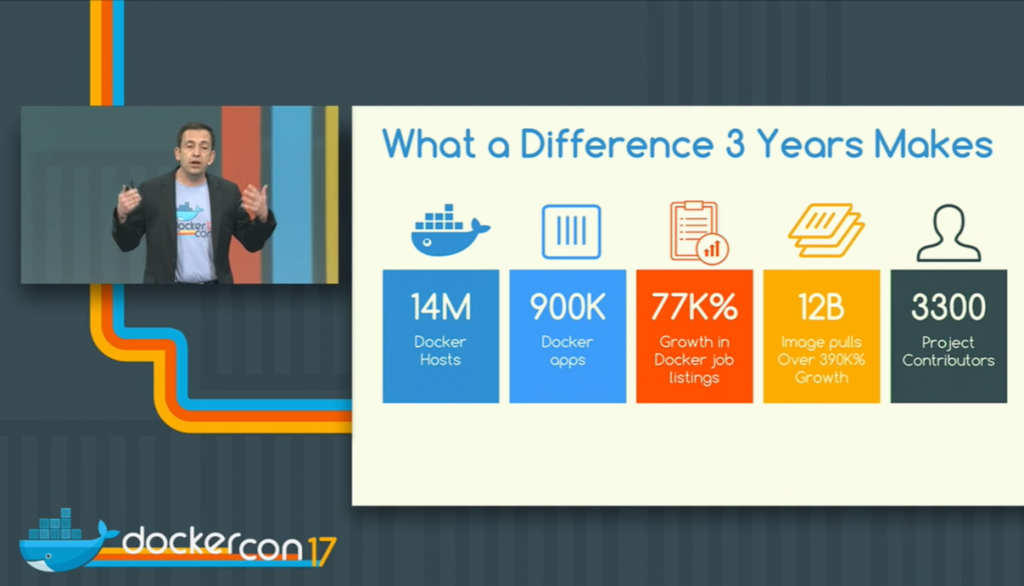 it’s no surprise that docker usage keeps booming, and based on some other recent reports from vendors and analysts in the community, it doesn’t seem to be slowing down anytime soon.

redmonk and bitnami , for example, held a survey last year that garnered more than 5,000 responses about container usage, orchestration tools, ci tools, and databases. more than half of the respondents already use or plan to use containers in the future. moreover:

rightscale’s 2017 state of cloud report , which surveys more than 1,000 technical professionals, identified some interesting stats about how docker and other tools are being used as part of devops transformations:

datadog also recently updated its docker adoption findings in april of this year. their data is pulled from a sample of 10,000 companies and 185 million containers being used. some of these findings include: 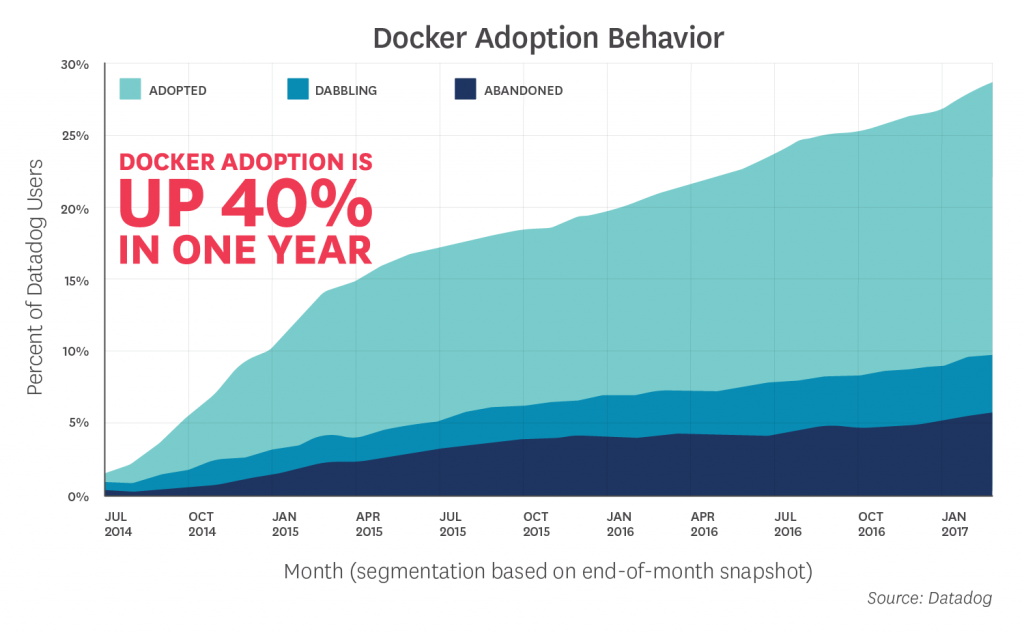 it’s clear docker is keeping up its unbelievable growth momentum, which points to its increasing usage in production environments, and at large enterprises, specifically. this echoes the trends we see at electric cloud, with an increasing demand for getting teams started more quickly with docker and other container platforms, incorporating container-based and microservices-based applications into their overall software delivery strategy – alongside traditional releases or legacy apps.

docker, kuberenetes, microservices, and all that jazz

in line with these trends, the recent versions of electricflow focused on simplifying containers and microservices for both enterprise use cases, as well as small teams’.

first, we enabled users to easily model, deploy and release containers and microservices-based applications as part of their integrated end-to-end software delivery strategy. then we introduced one-click deployments to any container platform – including kubernetes, amazon container cloud, gke, openshift, and more; and we’ve even made our electricflow platform available as a docker container – to allow developers to get up and running quickly.

electricflow community edition – use it free

the free, downloadable community edition is a full-featured electricflow server. it is available as a docker container, microsoft azure instance, or virtualbox, with additional distributions added all the time.