If you are here, then I assume you'd already know what Docker is all about and requires no further explanation. In case you have no clue about it, I'd highly recommend you search it and come back to this post for real hands-on and getting started. In this post, I'll try to give you an individual programmer's perspective on Docker.

Below is the Docker workflow: 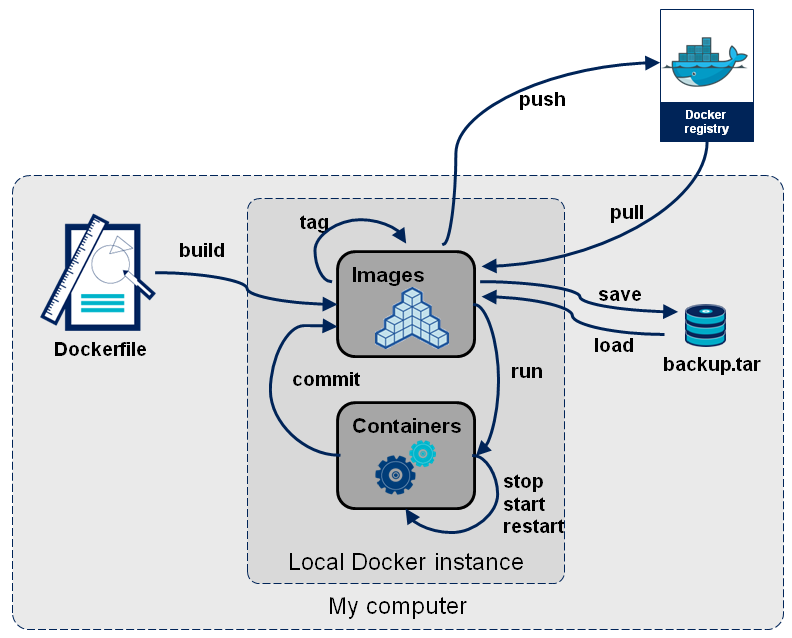 There are basically three things you need on your machine to get started with Docker Containers:

After you install Docker from its official website, you should have Docker Machine called default installed and ready to run on you PC.  In case it's missing you can always create one using the command docker-machine create default .

Note that you can specify disk size and memory size of your Docker Machine in the above command by specifying special switches. I highly recommend it if you plan to do any data science stuff. You may also install multiple Docker machines with different configurations and purposes. You can check the list of machines using  docker-machine ls .

Here is the sample output:

You may start the machine using the  docker-machine start  command. Note that I have skipped machine name default because you can skip machine name if it's default; in other cases, you'll have to specify.

You may check the status of your Docker machine by using the  docker-machine status command. This will simply say "running" or "stopped."

Just copy paste the output to the terminal or command prompt or follow the remark to set the env variables.

Ok, that's a lot about Docker Machine. Now let's pull some images and run on the machine. If you already know a repository, then you can issue the docker pull rocker/rstudio  command to download the image, but if you don't know the image, you can go to Docker Hub (similar to GitHub); it's a repository of Docker images and you can pick one to start with.

Let's install another one this time using run command. Run is similar to pull, it checks if the image is already available locally, if not it pulls it from Docker Hub, and start a new container using this image:

You may check the different images downloaded on you PC using the docker images command.

Docker images can be identified using Image ID or Repository in the above table. So, to delete an Image, you can run this command: docker rmi 7a807646f0be

If you remove the -a switch, you should see only the containers that are currently running. In our case, that's only the rstudio container.

You may stop a container using docker stop rstudio

To start a container, you can guess: docker start rstudio

I'd rather start it as below:

docker run -d -p 8787:8787 -v /c/Users/kushukla:/home/rstudio/kushukla --name rstudio rocker/rstudio This is because I want to open up 8787 and also link my local directory to container's file system so that my R code is accessible in that container. Now if you wonder what happens next. I can go to a browser and open up RStudio. IP is specified in env variable and Port in the Docker run. 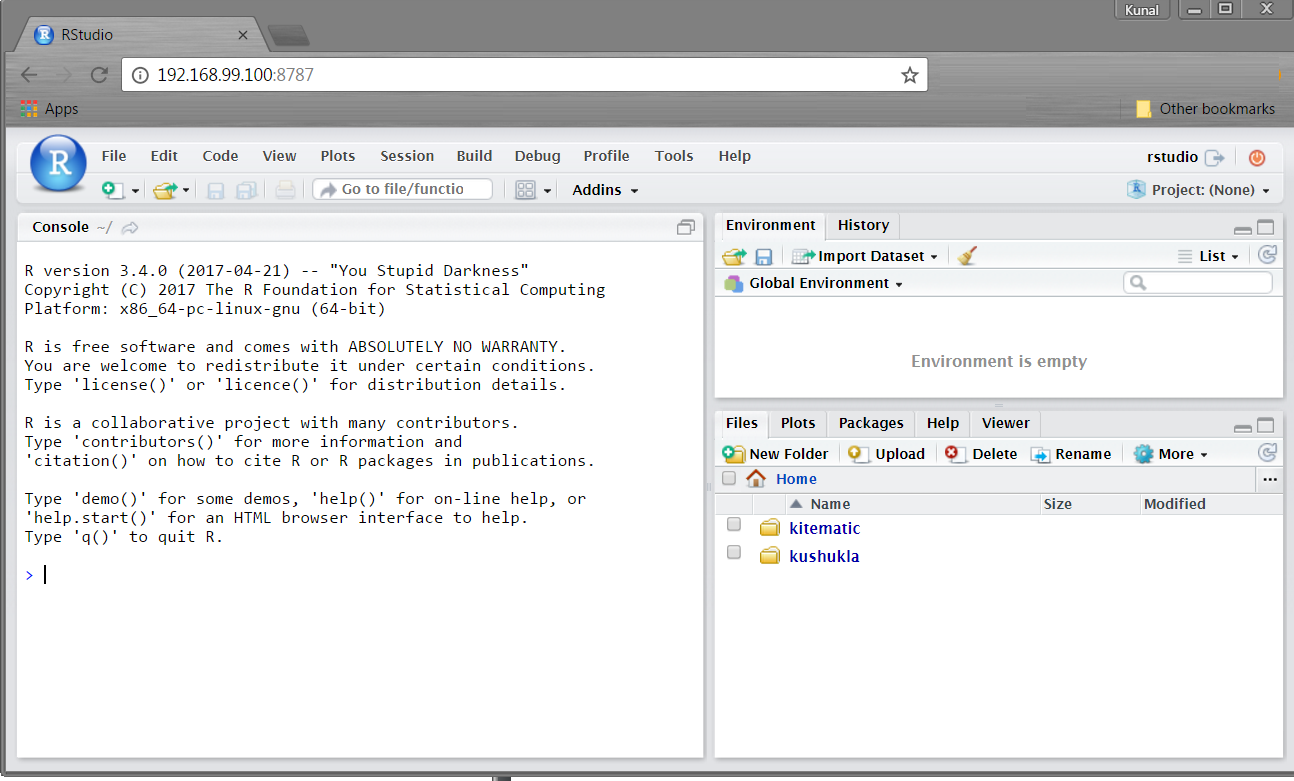 That is all. I hope you found it interesting.