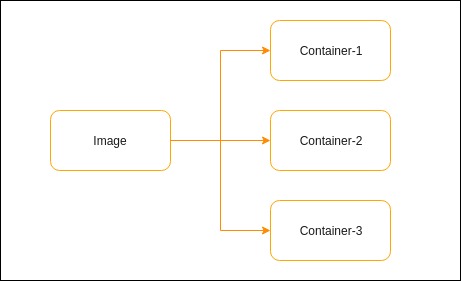 An image is a read-only template with instructions for creating a Docker container. It is a combination of file system and parameters. Often, an image is based on another image with some additional customization.
We can use existing images or create our own images.

A container is a runnable instance of an image. We can create as many as we want from an image. A container is isolated from the host by default. We can modify its behavior using network, volume, etc.
When a container is created, we can stop, restart, remove it.

There are many commands in docker. So Docker has grouped them together into a common format.

Let's test these commands with nginx.

Visit localhost in your browser. You should see nginx is running.

We can inspect image and container using inspect command.

How to Stop a Container

Verify whether it is running by using ls command.

First stop the running container. Then use remove command to remove it.