Follow these approaches to enhance deployment and management of your data resources – whether or not you use Docker. 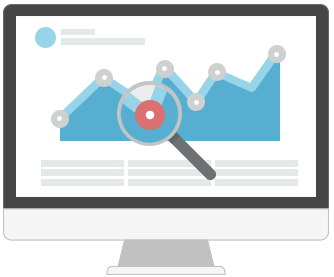 What? You haven’t converted all your data to Docker yet? Are you crazy? Get with the container program, son.

Well, as with many hyped technologies, it turns out Docker specifically, (and containers in general) are not the cure for all your data-management ills. That doesn’t mean the technology can’t be applied in beneficial ways by organizations of all types. It just means you have to delve into Docker deliberately – with both eyes open and all assumptions pushed aside.

Matt Jaynes writes in Docker Misconceptions that Docker makes your systems more complex, and it requires expertise to administer, especially on multi-host production systems. First and foremost, you need an orchestration tool to provision, deploy, and manage the servers Docker is running on. Jaynes recommends Ansible, which doubles as a configuration manager.

Running Docker in a multi-host production environment requires management of many variables, including the following:

Finding the perfect recipe for provisioning via Chef

The recent arrival of Chef Provisioning introduces the concept of Infrastructure as Code, as John Keiser writes in a November 12, 2014, post on the Chef blog. Infrastructure as Code promises to let you write your cluster configuration as code, which makes clusters easier to understand. It also allows your clusters to become “testable, repeatable, self-healing, [and] idempotent,” according to Keiser.

Chef Provisioning’s features include the following:

Keiser provides the example of a recipe that deploys a database machine with MySQL on it. You simply install Chef and Provisioning, set CHEF_DRIVER to your cloud service, and run the recipe:

For example, to provision to your default Amazon Web Services account in ~/.aws/config, set the CHEF_DRIVER variable to the following:

Then you simply run the recipe:

Add machine_batch and parallelization to apply the configuration to multiple servers:

In this example, there are three machines in machine_batch, which provisions the machines in parallel. A loop is used to create multiple machines, so you can add more machines by changing 2 to your desired number, all of which will be created in the same time it takes to create one machine.

The db machine will respond with “up to date” rather than indicating that it has been created because machine (like all Chef resources) is idempotent: It knows the db machine is already configured correctly, so it doesn’t do anything.

A simple example of Chef Provisioning in Docker

In an April 28, 2015, post on the Safari blog, Shane Ramey provides the example of using Docker with Chef Provisioning to create a network of nodes on a local workstation. The network’s three node types span four instances: a load balancer, two application servers, and one or two database servers. The rudimentary example merely installs packages and sets Chef node data. It has four functions:

There are six steps to the process:

Now when you run docker images, the output will resemble that shown in the screen below:

After following the six steps for Chef Provisioning in Docker, running docker images will list information about each of your Docker images. Source: Safari blog

When the images launch, they communicate with a defined Chef server, which can be either the local workstation’s Development Chef Server or a production Chef server. Using a local machine as the Chef server requires that it be launched before the Docker instances can check in. To do so, run the following command:

To launch the Docker images, run one or more of the following commands:

Launch Docker images by running one of these commands (after initializing the Chef server, if you’re using a local machine, as in the above example). Source: Safari blog

This technique allows developers working on the same application to share a single environment config file and run everything on the same local machine. Code can be uploaded quickly and simply for deployment in one or more networked environments.

Docker for Beginners Part 2: Docker Installation on Mac and Ubuntu