Big organizations use Scrum as a driver of agility. But often after launching, management start focusing on the speed of development instead of quality. DoD is often weak and the company's agility is reduced as a result. In this article, we will use system diagrams to analyze the reasons why it happens and why DoD defines agility.

Perhaps I was out of luck but in big organizations like banks, I did not meet a lot of Scrum Teams that could ship end-2-end features to the market every Sprint. There are a lot of reasons for it, e.g. a large number of architectural components, functional fragmentation of the organization, a culture of narrow specialists, a large technical debt, etc.

Often the initial DoD is weak and the amount of Undone work required to release a batch of features is significant. According to their current DoD, teams work from Sprint by Sprint closing PBIs, but just before the release, they stop the development to perform some preparation activities sometimes called stabilization. Another situation is when some other organizational unit does the Undone work, e.g. performance testing department, etc. 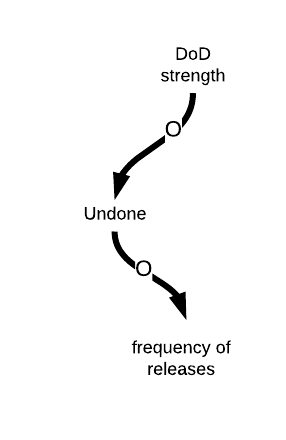 The stronger the DoD, the less time you need for stabilization, the more often the Product Owner can release increment. If the stabilization and the Undone work is close to zero, the Scrum Team can release the increment every Sprint or even more frequently without any delays to the customers.

The more releases you have, the more potential knowledge about the market and what is valuable you can get. Accordingly, the Product Owner may change the ordering of the Product Backlog Items and adapt the product. Conducting an intensive dialog between the Scrum Team and outside environment could be called an organizational agility.

The only way for the Scrum Team to deliver value is to release.

Understanding that enhancing DoD leads to more frequent releases and improved agility, the Scrum Team can enhance DoD further. And here, we have a reinforcing loop: 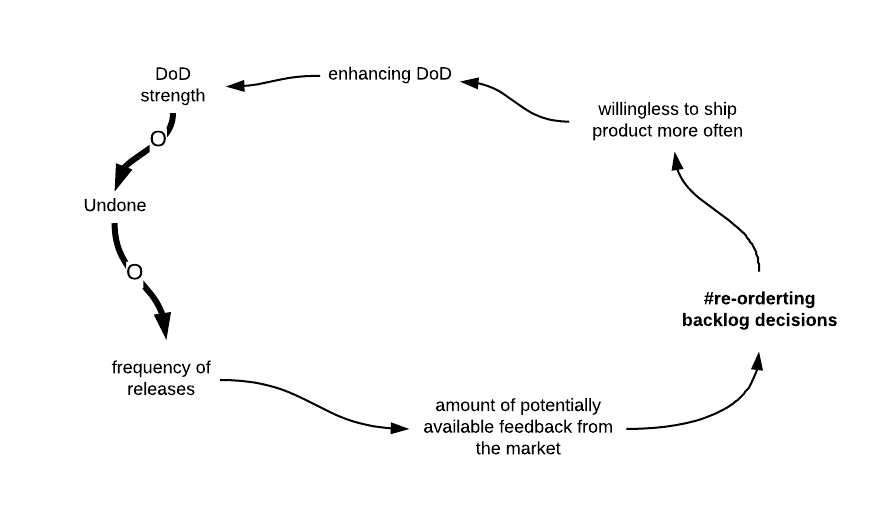 DoD Defines the Quality of Feedback During Sprint Review

Release is the only way to actually deliver value but not the only way to get feedback. The Scrum Team gets feedback from the stakeholders during the Sprint Review. DoD ultimately defines the quality of that feedback. Imagine on one hand you bring a paper prototype, another case you demonstrate a releasable increment and ask for the feedback. 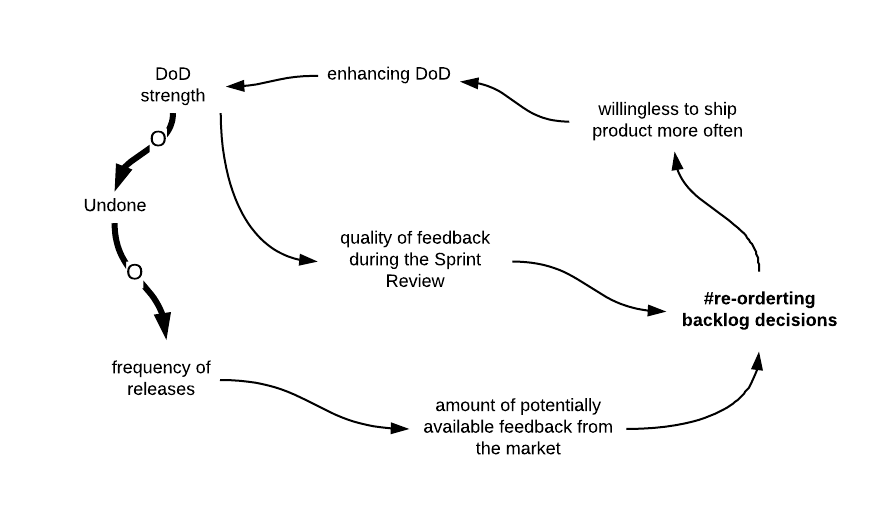