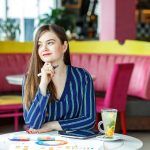 Flexible working is a topic of persistent interest to researchers, and indeed I've covered many of these studies on this blog before. For instance, one a few years ago highlighted the benefits of flexible working on a whole range of measures.

This general finding was replicated by a recent study led by Florida International University, which found that not only did working from home result in higher engagement levels, but also better performance from workers.

The researchers wanted to explore whether particular elements of a job can influence whether remote working impacts performance or not. They identified four key factors: job complexity and problem solving, and interdependence and social support. The findings revealed that performance tended to increase in jobs that were complex and required minimal interpersonal interaction.

When the job required a significant amount of problem solving, working remotely had much less impact. It's an interesting nuance to a bulging body of work. The fact that those with complex jobs saw increased performance levels the more they worked remotely does give valuable insight into when it may be beneficial. The authors suggest that complexity tends to require focused concentration that is often hard to achieve in an office environment where interruptions are commonplace.

Interestingly, a performance boost was also seen among workers who had low levels of social support at work. The authors believe this could be indicative of a toxic environment at work, and an escape from that is enough to boost performance as well as engagement.

A recent study from Cass Business School and Cranfield School of Management also suggested that the way flexible working is arranged may have a part to play. The study found that flexible working had the biggest impact when it was arranged informally between the employee and their line manager rather than via more formal flexible working arrangements.

The authors suggest that the informal flexible working arrangements were so effective because they triggered a sense of reciprocity, whereby employees felt they should return the favor in terms of increased loyalty and punctuality.

"Our research found that employees working under informal agreements received higher performance ratings. Informal arrangements can allow employees to better accommodate personal circumstances than when the arrangement is set up through a formal mechanism, and the informal negotiation with line managers can result in outcomes that are also beneficial to the team," they say.

There's a sense that flexible working is still a minority activity in the workplace, but hopefully as our understanding of it, and especially of when it does and does not work, increases, so too will our willingness to engage in it.