In my last recent article we tried out a Spring Boot Open API 3-enabled REST project and explored some of its capabilities namely:

In this continuation we will explore two additional Objectives namely: 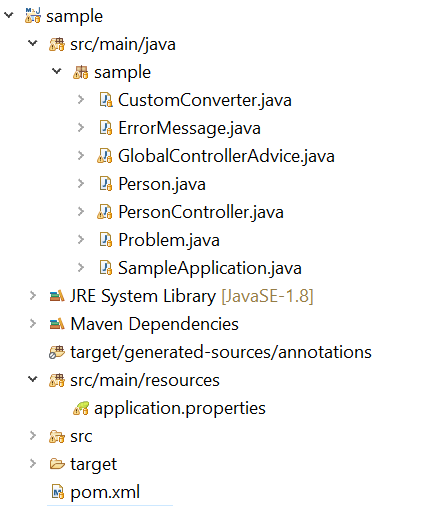 Listing below the different artifacts one by one. Try following the above layout:

Lets now move on to the main model class — Person.java

The main changes are:

Note: Use of @Validated causes validations to be applied even for the GET method parameter. After the application is complete and running play around with the above annotations. Feel free to remove them and see their effect. The GET URL can always be directly invoked using http://localhost:8080/personByLastName and http://localhost:8080/personByLastName?lastName=12345678901. For now, it's a little early. Let's continue adding remaining artifacts.

When we come to ExceptionHandling in Spring Controllers there are so many Exceptions possible. There may be various validation related exceptions invoked even before the actual controller code is invoked.

The key thing to remember is to decorate the methods in this class with @org.springframework.web.bind.annotation.ResponseStatus which is the only hint that spring doc Open-API needs for including the appropriate models in its controller method swagger documentation.

For completeness will list below two classes referred to in this GlobalControllerAdvice.java before we attempt to start the application.

Starting with v1.4.4 of springdoc-openapi, "springdoc.use-fqn=true" enables fully qualified names support. Earlier, to achieve same we had to write a custom converter.

That completes all our code for this tutorial. Let's try it out.

Execute the mvn clean package from the command prompt or terminal. Then, execute java -jar target\sample-0.0.1.jar.

You can also launch the application by running the SampleApplication.java class from your IDE.

General usage of swagger UI is explained in the last article. In case of issues please see the Troubleshooting section at the bottom of this tutorial.

Will focus on this tutorial specific areas.

Now that the application should be running let's visit it. 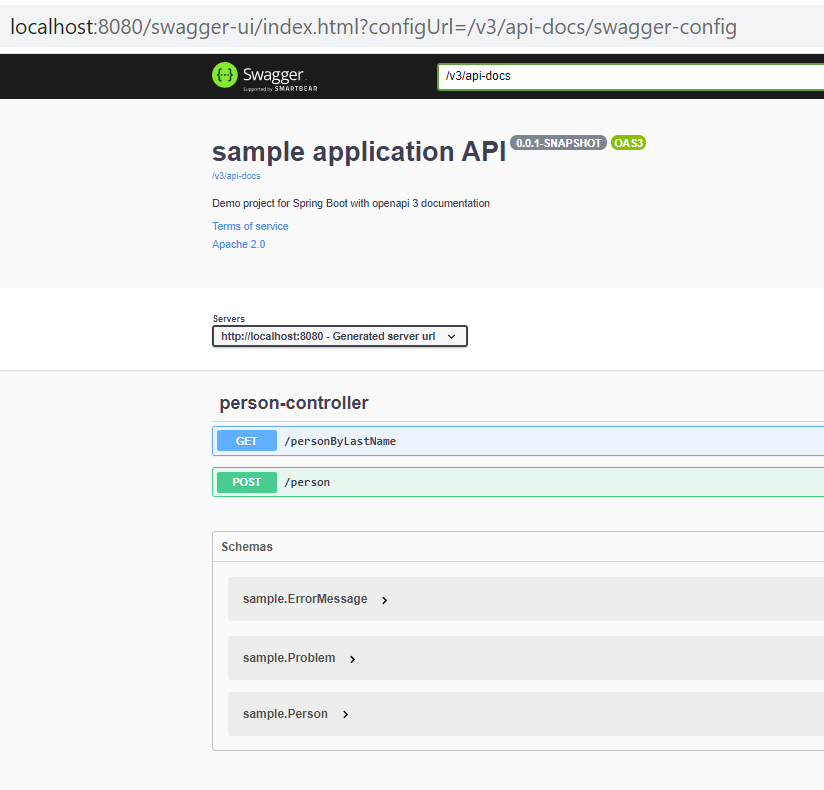 Now let's see how controller advice has contributed to the swagger documentation. 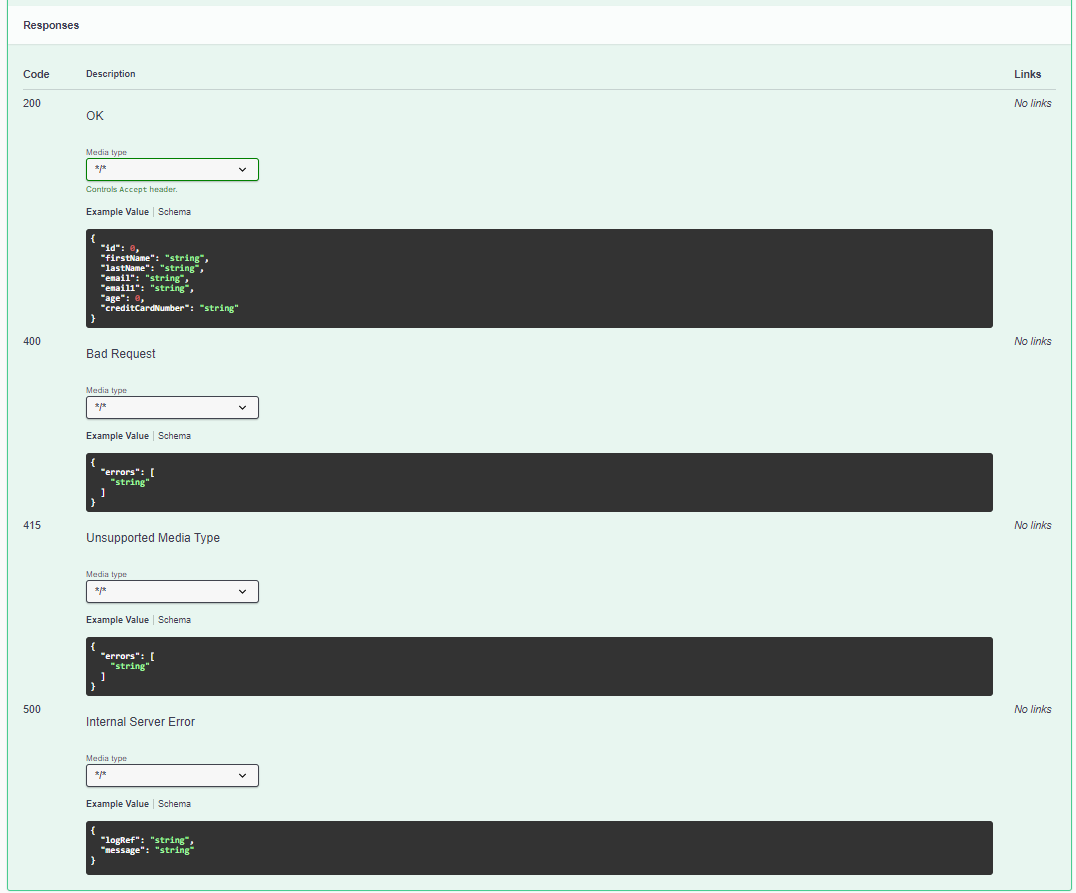 So by adding  @ResponseStatus to our ControllerAdvice methods, we can see the related schemas associated with the HTTPStatus for each of the REST controller methods documentation. How neat is that?

Note: @ControllerAdvice also has some attributes (e.g. "assignableTypes"), which allow the @ControllerAdvice to be applied more specifically on Controllers than globally. Currently, that behavior is not there yet, but please expect it to be there when the springdoc-openapi folks release their next version.

With the above, we have completed the two goals we had set out to achieve.

This method is designed to have automatic validations. That was tested in the last article.

This method is also designed to cause exceptions randomly just to see how the controller's advice is invoked when things go wrong. 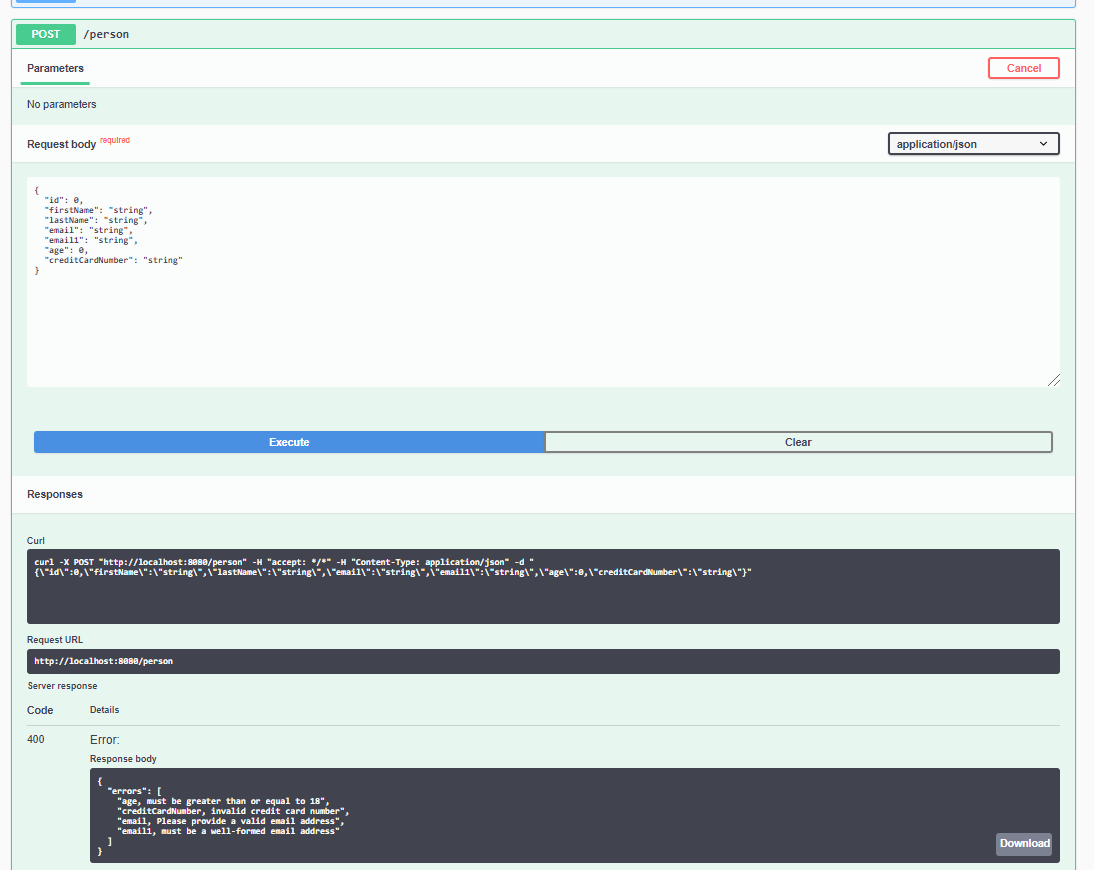 Note that the validation errors are crisper compared to the last article.

The validation errors are now crisper because of the logic in the controller advice.

Copy the valid input into the below screen as shown below and press the blue execute button.

This will cause either of the two below responses depending on whether the random exception occurs or not:

Note again the response for the Http Status code of 500 is formatted as per logic in the ControllerAdvice.

Let's now examine the GET method in our Controller.

Also, note that the controller class is decorated with a @Validated annotation.

There can be a few minor limitations. I will explore one of them without spending too much time on it. As we saw in our last article as of now it does not fully cover all the JSR 303 annotations. There are other issues also some of which are not entirely due to springdoc open API but rather more likely due to the swagger UI project itself.

Let's click the blue GET button followed by the Try it out button.

There can be some improvement in how the contract expected from the validations is displayed.

As discussed earlier the GET URL can always be directly invoked using http://localhost:8080/personByLastName and http://localhost:8080/personByLastName?lastName=12345678901. Give it a try to see what are the responses. Play with the annotations @Validated, @RequestParam, @NotNull, @NotBlank, @Size and see how the handling or contract changes. A spring developer who also is a user of the generated documentation will expect the documentation to be corresponding to his usage of these and other annotations.

It's possible there are some minor areas where this may not be perfect but the bigger strong vital pieces are all there. It covers openAPI 3, even Webflux, OAuth 2. It's only a question of time when through contributions and feedback this can keep only getting better.

All said and done for a fairly recent API springdoc openAPI has achieved quite a lot very elegantly. Impressive. And it does cover most of the important scenarios thoroughly.

We achieved our objective of realizing FQNs or fully qualified names for java classes and also saw how to integrate the documentation with global exception handling leveraging Controller Advice.

This article was intersting for me. Firstly there were some useful suggestions from readers. Which fortunately were rapidly incorporated in springdoc. Also I had been pushing for simplification of realizing FQNs. That has also been achieved which lead me to update this article.

Do please also read my next article on spring doc  and swagger -https://dzone.com/articles/extending-swagger-and-spring-doc-open-api where we extend swagger behavior using swagger schema extensions and communicate via its automated documentation, information regarding other annotations and also custom validation constraint annotations - information that is not captured out of the box by swagger and springdoc.

Editor's Note: It's so great to see when authors and readers engage with one another like this. Our purpose at DZone ultimately is to bring developers together to make better software. We're so happy this happened here and hope it continues to.