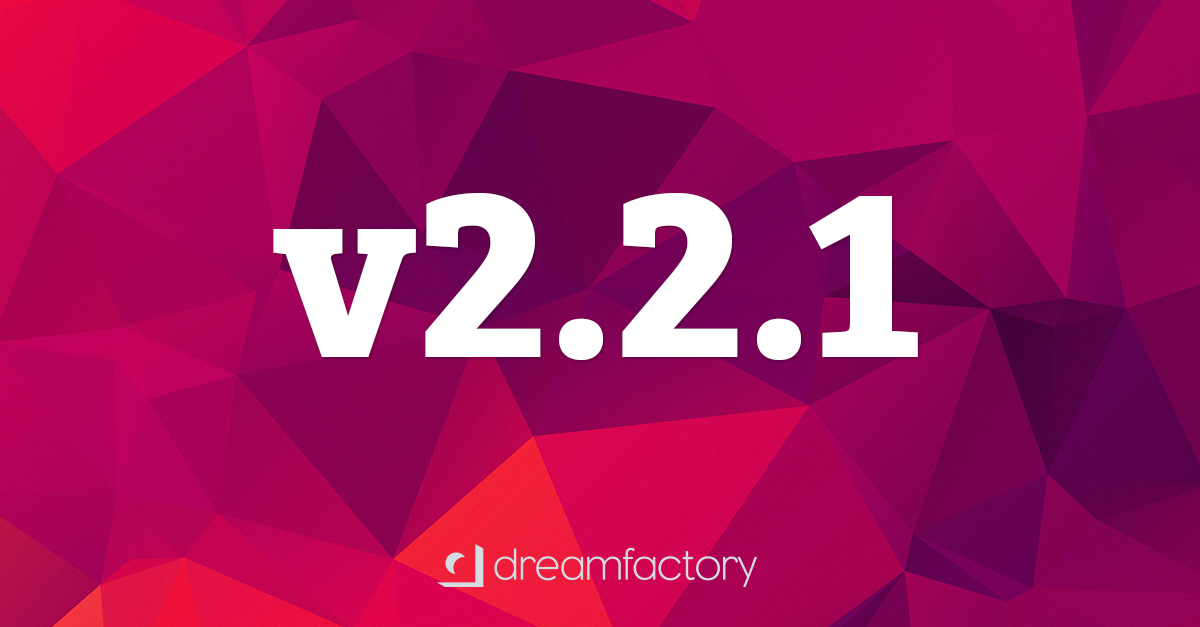 dreamfactory version 2.2.1 has shipped. v2.2.1 includes major enhancements to stored procedures, api improvements, ui improvements, and a number of bug fixes. see all the details below and grab the latest from bitnami or github .