I assume you’ve all heard Google’s announcement from last year about shipping Headless Chrome in Chrome 59. If not, it’s time to catch up, because since then, headless testing has been available through Chrome. As Google put it, it’s like “running Chrome without Chrome!” This provides testers with all the speed advantages of the Chrome V8 engine, but without having to use a GUI.

Generally speaking, headless Chrome browsers are web browsers that are used for testing usability and browser interactions. Since headless browsers don’t have a graphical user interface (GUI), they saves resources and time. Headless tests are executed from a command-line interface or by using network communication, and they run the functions in the backend. Headless testing is useful for verifying text, elements or other static data on a certain webpage. Just like a regular browser, a headless browser understands HTML and CSS. It can also execute JavaScript like AJAX requests.

In this blog post, I will show you how to run a headless Chrome test with Selenium WebDriver and Allure. But first, let’s learn a bit more about the pros and cons of headless testing in general, and Chrome headless in particular. This blog post is based on the webinar I gave “Driving Headless and Chrome with Selenium and Python.”

Rendering and opening HTML, CSS, Javascript and images takes up a lot of resources. This is a huge problem especially when you are testing multiple browsers and a number of tabs. The big advantage of headless testing is that it starts performing functions even if your page hasn’t finished loading, taking up less resources. This will enable you to run more tests, and your tests to run faster and smoother.

For the same reason as the previous point, headless browsers are also quicker to start running tests. In my experience, this will not always be much faster, but it is faster than real browsers.

Being able to run tests straight from the command line can save a lot of time for developers who want to verify their code quickly and don’t need GUI intervention. This way, developers, can quickly feel confident that their code didn’t break the webpage’s functionality.

4. Headless Is Ideal for HTML Scraping

If you wish to scrape the HTML of a webpage regardless of its CSS and JavaScripts, for example, if you want to scrape an HTML for future data that will be used later, headless browser testing can be a great solution. Since it’s just data you’re looking for, it doesn’t make sense to start up a full instance of a browser.

5. Headless Is Ideal for Monitoring Your Network Application Performance

If you wish to monitor your network application performance, headless can be a good solution for you. You can use headless testing to automate the rendering and screen capturing of your website images and to perform layout checks in an automated fashion. Chrome headless API has recently developed another cool open source tool designed to handle these types of tests, called Puppeteer.

In addition, if you are used to running your tests in regular Chrome, you will also need to adjust, and transferring your tests will require additional work and tweaking.

Headless testing itself also has disadvantages. As it does not mimic real users interactions and workflows as well as regular chromeDriver mode, it’s difficult to catch bugs that are related to crashing images, because the UI isn’t displayed. In addition, headless is not the perfect solution for debugging purposes, since the test will not be visible to you.

Before we actually get started with running our headless tests, let’s make sure we prepare our environment properly.

Learn more about preparing your environment and creating your tests from my blog post ”How to Automate Testing Using Selenium WebDriver, Jenkins and Allure.”

We are now ready to run our tests! In order to run headless chrome you simply need to add the following to your Chrome instance:

According to the example given in the public repo, the chrome instance is initiated from the conftest.py file.

Once that is done, you can run your tests headlessly as follows:

On Allure, you can click in the different tests to get more details about it, including screenshots, errors, trends, etc. 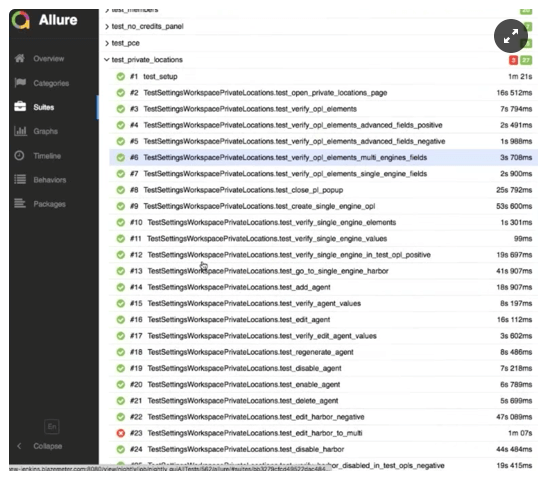 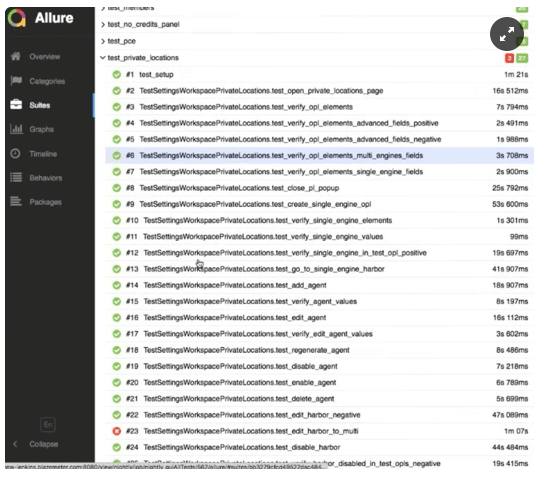 Running Your Headless Tests in BlazeMeter

Another easy way to run your Headless test is by simply uploading your file to BlazeMeter and running it. Then, you can easily analyze results and share your tests with team members and managers. You can also manage user permissions and assign tests.