One year ago, we started a project called Keystone, a rules evaluation engine based on spring-boot. The high-level architecture as follows [1]. It exposes several REST endpoints to evaluate some business rules. When a request hits the engine, several parallel calls hit the described endpoints based on the input parameters. ( We use RxJava to handle the async calls and zip out the results.) Then we have various IF ELSE blocks to evaluate the rules. And sent back the results back to the client after the rule evaluation. 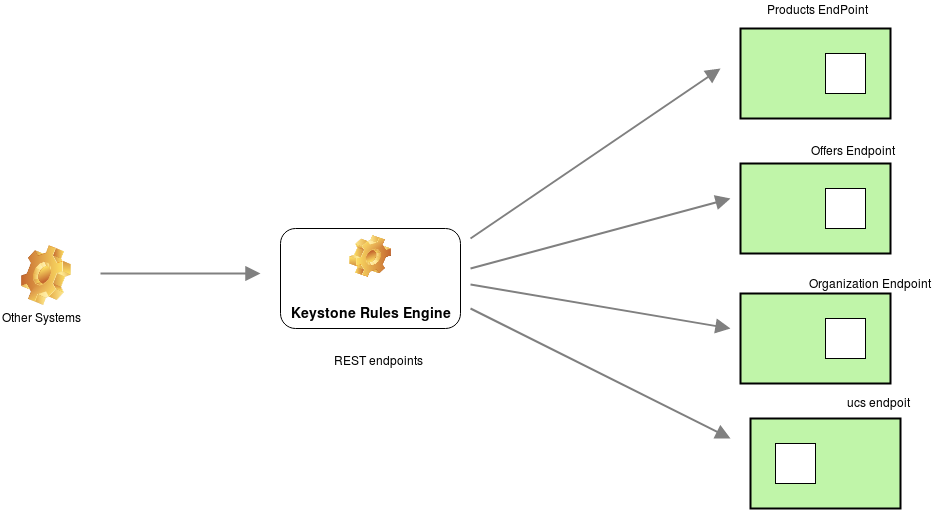 In the beginning, the rules were quite simple and everyone was happy with the architecture and the evaluation of the rules. There was a manageable number of rules with simple if else blocks, and the changes to existing rules were quite minimum at that time.

But, when time passed by, there were many requests from partner teams, and the rules engine team was asked to implement more logical evaluations, so new REST endpoints were introduced. Now, the problem became more complex and hard to manage the rules in our code as well as presenting the rules. When some business users ask what happens if we use the REST endpoint X, we have no way to easily explain all the conditions and evaluation paths in a simple manner. 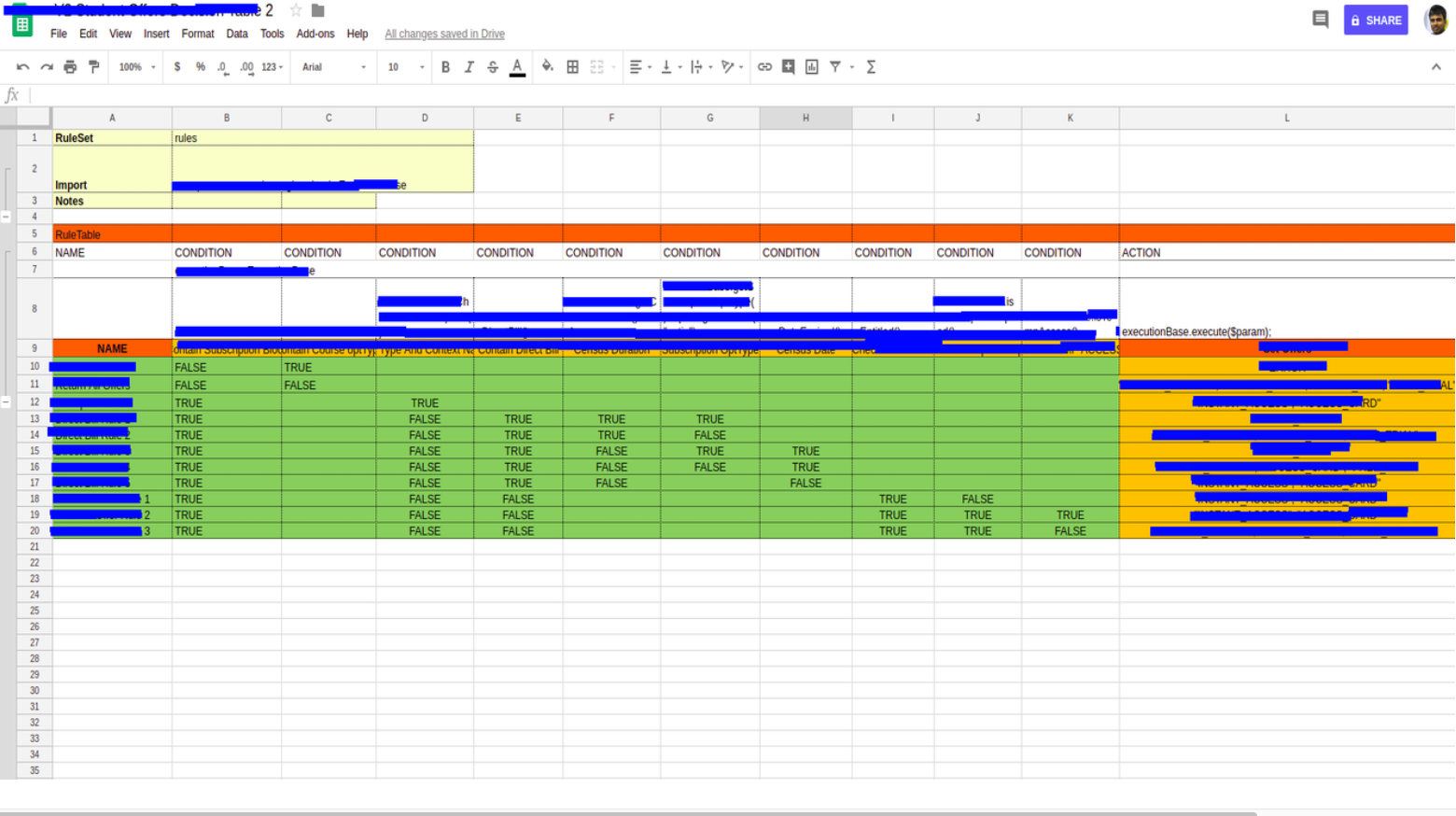 Let’s look into a sample that uses a decision table to evaluate some rules.

We are going to evaluate the loan rate given by ABC bank, depending on if the customer is a GOVERNMENT or a PRIVATE worker and currently a retired person or not. The decision table for the above scenario is as follows:

The decision table for the above use case is as follows:

We use the ExecutionBase class to hold the facts and the conditions. The fact is, of course, the Customer object, isGovernmentWorker() , and isRetired()  conditions will look like the following:

After the execution, we get the entitlement loan rate for a bank customer. Try out the sample code link.

To summarize this post, we discussed how we can leverage the drools decision tables to overcome if there are drastic conditions evaluations in your program and you want to change those conditions without touching the code. Another advantage is the decision table can be used as a tool to describe your execution flow for non-technical people. That’s it for this post! I hope to see you in another exciting post soon!