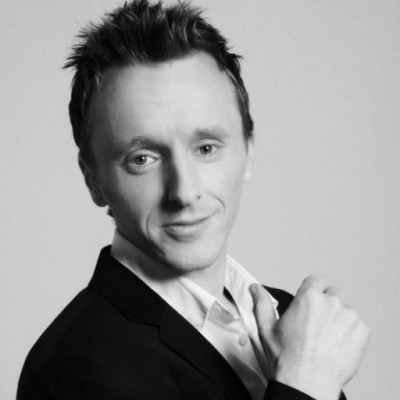 A regular contributor to our IoT, Big Data, and Agile zones (among others), Adi Gaskell has provided a vault full of articles on DZone that are always well-researched while being entertaining and quick to read. I sat down with him not too long ago and learned a bit about his background and writing tactics.

So, the first thing I'd like to talk to you about is your background—how you got started writing and your interest in computer science, which came first, and how you fused those two passions together?

I got into computing almost fifteen years ago, it was the whole dot-com boom and the human genome was being mapped—it was just a really cool time back then. And so, I did a Masters in Computing with quite a heavy dose of AI and bioinformatics and that sort of got me hooked on what I think is cool stuff and hopefully other people do as well. I'm just inquisitive by nature so I love learning new things, and in this line of work there's so much to learn every day. Whether it's an academic doing research or a startup doing something innnovative, there's always something to learn. And so, my writing is really just a way for me to internalize all these things I come across, but also I try and connect up some dots and make a few links between what's going on in one field and what might be working in another... that kind of thing. So that's pretty much what I do.

Yeah, I get that a lot in your writing. It seems like there's a heavy research aspect there—you're constantly linking to outside sources in your writing. How do you go about researching these topics? Do you have certain sites that you follow regularly? What's your method there?

I probably have 100-150 sites that I jump around every day. So I follow most of the main universities in the world, and whenever they got any new research coming out, I tend to get access to that. And so yeah, it's just a huge net I cast out to look for cool stuff.

You must do a lot of reading...

Yeah, it's a sort of finely-tuned triaging process—quickly filtering out what I think is interesting and important, and seeing if there's any sort of connection with things I've done previously or whether they really are breaking new ground... which is usually quite rare.

I can imagine that breaking new ground for you is tough, simply because of the sheer amount of articles that you write and topics you cover—you're very prolific. I just looked at how many articles you have on DZone and there are 1844 articles! And, that's just what we've shared. How many articles do you think you write in an average day and how do you manage it all?

I'd say maybe three or four a day. Well, like you say, I think the value I hope to bring is in a) hunting this stuff down because it does take a lot of time and b) tying it all together. My writing is one way of outputting that... I guess it's as much to help me internalize these connections myself as it is anything else. And hopefully, people gain some value from it as well because I know I gain a lot from writing it down and trying to put some research study into a readable form because they're not generally very easy to get through.

Well, that's another thing that I found when I originally joined DZone... your writing is generally easy to grasp. So, I think it's cool that your audience is somewhat more broadly focused than the general DZone audience. You're definitely still interesting to our audience of developers, but I also think that you can be understood by people with little to no background in computer science.

Yeah, sometimes when you're writing about AI or something like that, it's quite difficult to make it something my mum can understand—god bless her! I try and make it possible for somebody that's not steeped in AI to at least grasp the importance of it or how things are moving. You know, the general pace of change in that area, hoping they can grasp that without having to know the intricacies of a neural network or coding an architecture... anything like that.

You've been covering machine learning a lot recently as well as IoT... stuff that, to many people, might've sounded like science fiction a decade ago, but now it's all coming together and happening. And, you're able to voice it in a relatively casual way and often shine light on things in a predictive way—things that you see happening now related to the way things are headed and what the outcomes of these technologies might be.

Yeah, I don't think anything is really invented or fresh; nothing comes out of left field and completely blows people away. It's generally been there somewhere, you just need to know where to look and then apply it in a new way. For instance, people regard the iPhone as so revolutionary, but really everything that went into an iPhone already existed somewhere... they just hadn't thought of putting it in that package before.

Yeah. Speaking of the iPhone, I think that a large part of their success lies in their ability to package things so nicely. They've delivered so many of their products in such an attractive, sleek way, and that design was unique (not so much anymore) and is continuous throughout everything they do. I mean just look at the Apple stores... you go inside it's pristine—white walls and simple wooden tables—with "geniuses" on call to help you out. I mean they make great hardware and software as well, but I feel like so much of their success lies in this grand marketing scheme. They made computers seem cool to the general public.

Yeah and that whole perception thing is important. I know there was a study recently on smart cities and how the general public doesn't necessarily buy into it at the moment—they don't see the benefits. And it's a similar thing with driverless cars... most people want to maintain control and don't want to be a passenger in a driverless car. And, it's not rational, you know? There are a wealth of benefits, and it's incredibly safe to be in one of these cars—it's the cultural attitudes that need to change to really get these technologies to take off and be adopted.

I agree! Talking about connected cities, I saw this really cool video of Hamburg, Germany a while back—they have loads of interesting ideas about streamlining transportation and providing more oversight about infrastructure. I feel like there's a fear from the public that we're going to become overwhelmed with technology—that we'll be surrounded by robots, devices, and computers in the traditional sense. Everything will be ugly and complicated. But really, the point of embedded technologies is not to stand out but to disappear into daily life. This way, the things can be there, but without being in our faces. And aside from that, I mean come on, what's not to like about embedding parking places with sensors so that you can look up on your phone where an open parking space is?

I suppose the true test of any technology is when you no longer realize it's there. Like the ABS braking system and so on... that's essentially the car taking over and making your braking safer so you don't skid off the road. But, we really don't think of it as the car braking for us; we just accept it, and it's fine. It's just a case of making it palatable, I guess... making us feel as though we're still in control. I don't know whether that's going to mean we have a Johnny Five type character driving the car for us, humanizing it in some way. We'll have to wait and see...

Haha, right! Well, to reel it back in, I'm wondering how you first got involved with DZone, when that happened, and what that was like.

My goodness! Well, I forget exactly how long ago that was, but it's been quite a while—must've been three to five years ago. Rick got in touch, and we had a number of conversations about what he wanted the content side of things to do and how I could perhaps help out with that. And, it just sort of went on from there really—as you say, here we are about 1,000 articles later! Yeah, the site has grown quite a lot since the beginning, and it's been really cool to be a small part of that.

Well, that about wraps it up. It's been great speaking with you, Adi. Thanks so much for your time, insights, and all the fantastic articles you've provided us over the years!