Background: What is a Zone Leader?

Recently I've taken charge on what I think is a great opportunity for writers and topic experts in the devsphere—our new Zone Leader Program. In a nutshell, the Zone Leader Program is an effort to put topic experts and practioners in the software industry at the helm of the content we publish on DZone. A sizeable portion of the content you've been reading on DZone recently has actually been written or published by Zone Leaders!

If you're interested in learning more and maybe being a Zone Leader yourself, .

A Conversation with Brett Crawley 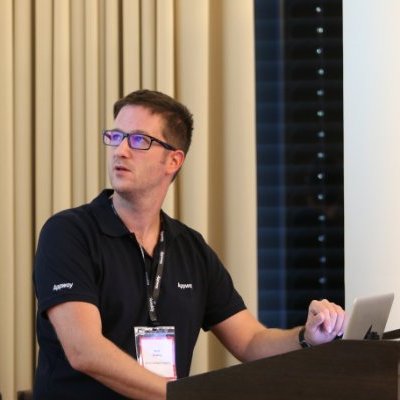 Brett recently joined us as a new Zone Leader, and has been publishing some interesting content like his Programming Language Peculiarties series and his Coding Challenge series. We're thrilled to have Brett on board.

Brett is a senior software developer originally from the UK, now living near Como, Italy—just near the border with Switzerland. (Poor guy, right?) He focuses on Java and JavaScript, but has a number of other interests in the software world. I asked Brett a few questions about himself.

"At school I started studying fine art and for some reason switched to computers, stroke of luck I guess. As a student I worked as a paint sprayer and as a mechanic repairing pneumatic drills and vibrators—no not that kind, but the ones for removing the air from concrete. Seriously, though, I started out my IT career at Microsoft developing internal web applications in ASP. On finishing my degree I went to Philips where my first project was to develop a WiFi touchscreen tablet similar to the iPad. Which, given that it was in 1998, was quite ahead of its time and had a WiFi basestation attached to ISDN that used a caching proxy to make browsing immediate and the downloads were at a cheap rate.

"I then went on to work as a consultant for a couple of years in the UK on a series of diverse projects, some involving embedded systems and reverse engineering network protocols (legally), others involved parsers. Then I moved out to Italy where I worked for a number of years developing PDF libraries, parsers, spiders, and web scrapers—including a search engine for the electronics industry. I then received a post at the European Commission Joint Research Centre working as a researcher on OSINT software, specifically desktop text mining for law enforcement. Dynamically creating weighted graphs of the relationships between entities recognized in public documents cross language and cross script. You can read more about my background on my LinkedIn profile."

Sounds like you've been involved in some interesting projects. What are you working on currently?

"Recently I have been working for Appway developing the integration (SOAP, REST, JMS etc.) and data plugins for their platform as well as some core parts of the platform specifically related to integration and security (Kerberos, SAML, SSL). For those who do not know what Appway does, we develop a BPMN platform / RAD tool for developing BPMN solutions as well as a Client On Boarding solution for the finance and insurance industries.

"In my spare time I have been trying to keep up with the latest innovations in the text mining field as well as expanding my knowledge in the area of security and forensics."

What are your other interests and passions?

"Apart from good food, beer, and wine, my other interests include classic Mini Cooper S cars, (you know the minis that were actually small), running when I can, cooking (BBQ, deserts, all the healthy stuff really) and photography. I use a digital camera but a very old fashioned approach: manual focus fixed focal length lenses usually with the body in manual mode as well—gives you more flexibility to be creative."

Why did you become a Zone Leader?

"I've written papers, documentation, internal architecture, and research documents for work—but not necessarily on topics that were of particular interest to me. I have worked on such a varied selection of projects over the years, most of which were covered by NDAs, so for a long time I have been—what I believe is now referred to as—a ghost programmer. I'd like to share some of the knowledge and experience I have gained over the years by writing about projects and technologies that interest me and that I believe others would also enjoy reading. Having a bit more visibility at the same time isn't a bad thing either."

Want to learn more about the Zone Leader Program, or wondering if it's right for you? , tell me a little bit about yourself, and let's chat!