The official start of the Electronic Entertainment Expo (E3) is still days away, but the news and announcements are already coming in fast. Between Wednesday and Thursday, THQ Nordic surprised fans by announcing two new games—with a third to follow on Friday — Nintendo's announcement of its playable games on the E3 show floor, and Google provided much-anticipated details about Stadia.

While Google will not be present on the show floor at E3, the company's presentation on Thursday was arguably the biggest E3 news thus far. In their first Google Stadia Connect, Google elaborated on the details missing from their original Stadia announcement at Game Developers Conference (GDC) 2019, including pricing, games, requirements, and a launch month. Even with these specifics, there was a general feeling of unease about Google's latest gaming endeavor and the jury is still out on whether Stadia will be the success story that Google hopes it to be—especially with Microsoft likely presenting its xCloud streaming service on Sunday.

Although Google did not provide a specific release date, they did announce that Stadia will be available in November 2019. Hopefully, once the Fall approaches, a final date will be provided.

From a technical perspective, one of the most worrisome aspects of game streaming is the requirements on the player's connection to the Stadia servers. According to Google, a 10 Megabits per second (Mbps) connection is required, which provides a player with 720p resolution, 60 frames per second (fps), and stereo audio; a connection of around 20 Mbps delivers 1080p resolution, High Dynamic Range (HDR) quality, 60 fps, and 5.1 surround sound audio; a 35 Mbps connection of provides the best quality, with 4k resolution, HDR quality, 60 fps, and 5.1 surround sound (image from Thursday's Stadia Connect).

Apart from the required connection, Google also announced that Stadia would not be available on all devices. Instead, Stadia will be available on TVs, desktops, laptops, tablets, and, for the time being, Pixel 3 smartphones. Additionally, to play on a TV, a Chromecast will be required (for best performance, Google suggests using a Chromecast Ultra priced at $69). When asked by The Verge if Stadia would eventually come to Apple TV, Roku, or even iOS phones and tablets, Andrey Doronichev (Stadia Project Manager) stated, "We want to be everywhere."

Doronichev added that supporting Stadia on any Android phone requires that the phone be certified to ensure that it meets the standard of Google (in terms of player experience). The Verge also learned that Stadia is not intended to run on anything but WiFi at this time (i.e., cellular connection). According to Doronichev, "You should not expect your existing cellular connection to work," but Google is confident that the introduction of 5G will change that, making it possible to use Stadia over a cellular connection in the future. While the supported device list is vast, it is arguably a reduction from the array of devices included in the original GDC 2019 announcement (i.e., not even Android smartphones are currently Stadia-approved).

The core of the presentation — and perhaps the most sought after piece of information from the gaming community — is how much the streaming service would cost. Currently, there are two tiers:

According to Polygon, the Founder's Edition will be the only way to access Stadia at launch and is currently available for pre-order on the official Stadia product page. This product page also states:

If you choose to cancel Stadia Pro, you can play the games you’ve already purchased on Stadia Base without a subscription.

Presumably, this means Google is not locking games purchased under a Stadia Pro membership behind a pay-wall. Google also did not mention whether a game purchased on Stadia could be downloaded to a PC and played natively or if any level of offline gameplay is available. The presentation did not explicitly deny this feature, but it does not appear that downloading games is an option.

Apart from the Stadia controller provided in the Founder's Edition, additionally controllers can be purchased for $69.00 in Just Black, Clearly White, or Wasabi.

Throughout the Stadia Connect, Google showcased a vast array of games. Currently, the following games are confirmed for Stadia, although not all games will be launch titles: 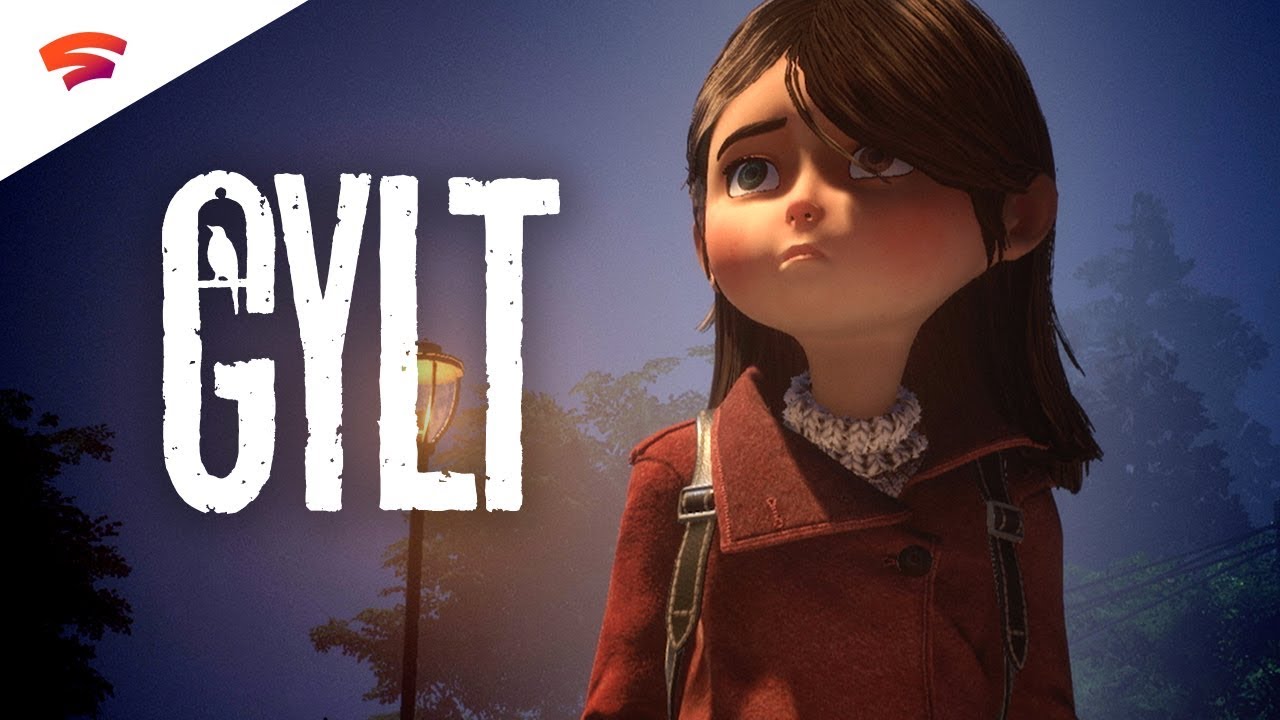 The prominence of shooters, fighting games, and Just Dance is somewhat surprising as games of this nature require quick platform response times. While this is usually a non-issue for PCs and consoles, streaming services introduce extra latency (from the server to the player's device) that can drastically alter the enjoyment of a game. For example, if the input for a first-person shooter is delayed, an enemy may have already moved before a bullet impacts the hit-box of that character, which results in a miss even though, from the shooter's perspective, the round should have impacted the target.

Moreover, Google did not focus on games that would utilize Stadia's main strength: co-location of server nodes. Since latency between Stadia instances is nearly negligible (in comparison to the lag between the consoles of two players over the internet), Stadia lends itself towards large-scale multiplayer games in the Fortnite style. For example, Google could have shown off a game with hundreds of concurrent players, putting Stadia's advantages on full display. Because of this, Stadia appears to be more of a streaming store-front rather than a disrupter with substantial differentiation from existing platforms.

Google is without question one of the biggest names in cloud computing, but Stadia does not seem to be gaining the traction that Mountain View expected. The mood of the gaming community seems to be that Stadia is an exciting concept, but Google is executing it poorly. Instead of having acceptable subscription levels, Google requires gamers to purchase a Founder's Edition to play at launch—all without showing how the games play on Stadia. For all the titles announced, Google only teased trailers, but no gameplay footage (on a Stadia device streamed from a Stadia instance) was provided to show players how response times and latency make the game feel.

Also, Google did not provide an impactful game (or set of games) that differentiated it from other consoles or platforms. As previously stated, Google did not put the strengths of Stadia on display but instead opted to include games that are or will be available on other platforms. Even the exclusive title, Gylt, looks impressive but does not show off the advantages of Stadia.

In general, it appears that Google's inexperience is on display in this veteran market. While there is always a learning curve when jumping into a new market — especially one with all of the love and biases as the gaming community — Google appears to be disconnected from what gamers want. There is still time for Google to tighten-up its marketing and feature set, but Microsoft will likely pounce of the weaknesses of Stadia in its presentation on Sunday and will most certainly attempt to prove that xCloud is the more mature solution to the game streaming problem.

Google's Stadia news took most of the spotlight in the days preceding the whirlwind of the E3 weekend, but there were still other exciting announcements, including THQ Nordic's three days of game announcements and Nintendo's announcement of the playable games at its booth.

Even before the official E3 excitement starts, THQ Nordic Tweeted on Tuesday that it would reveal three new titles this week — one on Wednesday at 10:00 am ET (SpongeBob SquarePants: Battle for Bikini Bottom Rehydrated), one on Thursday at 2:00 pm ET (Darksiders Genesis), and one on Friday at 2:00 pm ET (image from THQ Nordic Twitter).

On Wednesday, THQ announced that it would be remaking its 2003 cult-classic, SpongeBob SquarePants: Battle for Bikini Bottom (adding the moniker Rehydrated). According to the announcement video, the game will include all of the original characters — SpongeBob, Patrick, and Sandy — and task the player with taking on villainous Plankton. THQ also announced that the remake will include a new multiplayer mode. They did not include a release date, but the game will be available for Nintendo Switch, PlayStation (PS) 4, Xbox One, and PC. Being that the announcement video has more than 840,000 views, 35,000 likes, and less than 600 dislikes (at the time of writing), it seems that THQ has struck a chord with its first announcement of the week.

Following up the successful first-day announcement of the Battle of Bikini Bottom remake, Darksiders announced that a spin-off, Darksiders Genesis, would be coming to PS4, Stadia, Nintendo Switch, Xbox One, and Steam — a joint venture between THQ Nordic and Airship Syndicate. While many initially thought this was a Darksiders 4 announcement, the Darksiders Twitter clarified with a follow-up Tweet: "It's Darksiders Genesis, not Darksiders 4. ;) #Not4Yet." If the comments on the YouTube announcement video and teaser Tweet are any indications — being that the comment section can bring out some of the most vocal criticisms — it appears that most are happy with the announcement and view this spin-off as a respectable hold-over until Darksiders 4 is official revealed.

On Thursday, Nintendo updated its Nintendo at E3 2019 page to include information on the four games will be available to play at its booth on the show floor starting Tuesday (descriptions quoted from the Nintendo E3 2019 page): 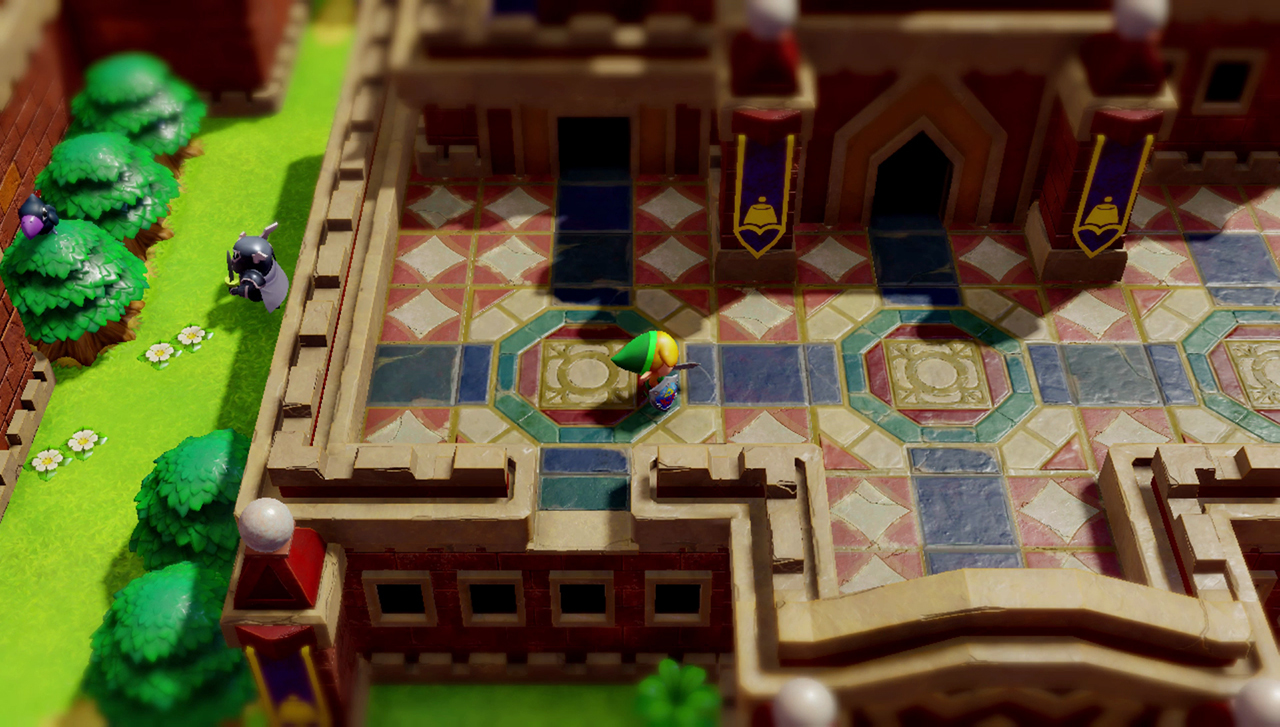 If Animal Crossing is included in the Direct on Tuesday, it will more likely be included in the Treehouse Live that follows the Direct — as opposed to playable on the show floor. Although it is possible that Animal Crossing — in light of Nintendo's silence since September of 2018 and this absence from its E3 show floor — will be delayed, this news alone should not be considered the final nail in the coffin.

E3 is still a few days away from its official start, but the announcements and presentations are starting to roll in vigorously. While Friday does not have any major events planned, this weekend could be one of the most important gaming weekends in years. Besides the enjoyment of the Nintendo gaming tournament and EA's Play event on Saturday, Microsoft, Bethesda, and Devolver Digital will all present on Sunday. Coming off the heels of a less-than-stellar Stadia Connect, Microsoft's presentation, in particular, could be extraordinary. Between rumored news of its next-generation console (codename Xbox Scarlett), xCloud, and 14 confirmed titles, Microsoft is positioning itself to have one of the most exciting E3 presentations in a long time — if they can deliver.