Although E3 has not yet lived up to the expectations, Tuesday was an abrupt change in the right direction, with Nintendo unloading some of the biggest announcements yet.

The last few days of E3 have been underwhelming in terms of both announcements and gameplay footage, even with some standouts like Final Fantasy VII Remake and DOOM: Eternal. Overall, the pace for many of the presentations has started out strong and waned as the stream continued on. This was not the case with Nintendo's Tuesday Direct. Amidst the disappointment, Nintendo stepped out and took the prize for one of the most exciting and surprising presentations of E3 2019. Between a Breath of the Wild sequel teaser, Banjo-Kazooie coming to Super Smash Bros. Ultimate, and numerous shadow drops, Nintendo put their foot to the gas pedal and kept it there for nearly 40 minutes.

A Breath of the Wild Sequel Blows Fans Away

A sequel to Breath of the Wild in the serious tone of Majora's Mask and Twilight Princess would have been a pipe dream before Tuesday, but that is what Nintendo brought to the table. While the Zelda development team stated that work on the next Zelda title had started with the conclusion of Breath of the Wild, this work had fallen off the radar amid the flurry of other first party titles. Basking in this lull, Nintendo shocked fans with a reveal of the next Legend of Zelda game, using the same engine as Breath of the Wild and following the same Link and Zelda from the 2017 epic.

Interestingly, the teaser features numerous hints at a return of the infamous Ganondorf from Ocarina of Time, Wind Waker, and Twilight Princess fame. If this is true, it could mean an answer to the clamor for a more serious, mature Zelda title along the lines of Ocarina of Time's sequel: Majora's Mask. Nintendo did not disclose any release date or even more information about the game — apart from the minute and twenty-seven-second trailer (image from Collider). 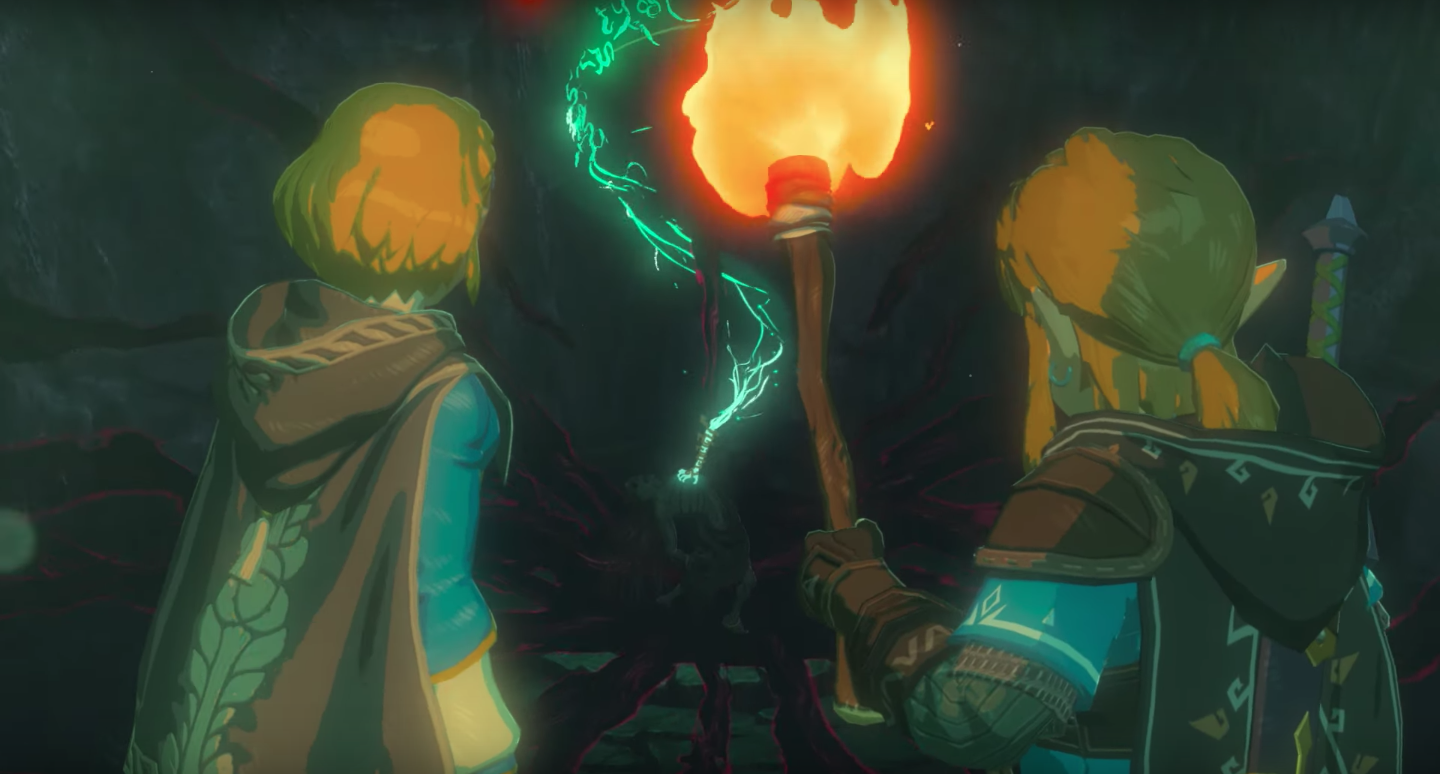 It is likely that this title will not hit shelves until 2021, or holiday 2020 at best, but if fans' reaction to this teaser is any indication — 121,000 likes to 578 dislikes at the time of writing — the hype for this title will be tremendous over the next two years.

While the Breath of the Wild sequel acted as a one-more-thing to finish out the Direct, Nintendo bookended its numerous announcements with two major additions to Super Smash Bros. Ultimate:

Many of the rumors before the Direct pointed to Erdrick being Dragon Quest XI's contribution to the Smash roster, but Nintendo opted to forgo the predictable and instead included the game's main protagonist. In light of Dragon Quest XI's arrival to the Nintendo Switch on Sep. 27 of this year, the addition of the Hero seems fitting—especially following-up the unpredictable inclusion of Joker from the Persona series to the Smash roster.

Had this been the only addition to Smash, many would have called it fair, but Nintendo later announced that the fan-favorites Banjoo and Kazooie would finally be returning to a Nintendo platform as the next fighters to join the Smash roster. This addition was highly rumored but seemed like more of a hope than an actual prediction, considering Rare, the creators of the Banjo-Kazooie games, is now owned by Microsoft. With the recent relationship between Nintendo and Microsoft, it seems that Microsoft is more willing to allow the big-N to use its characters in tangible ways (image from DeviantArt). 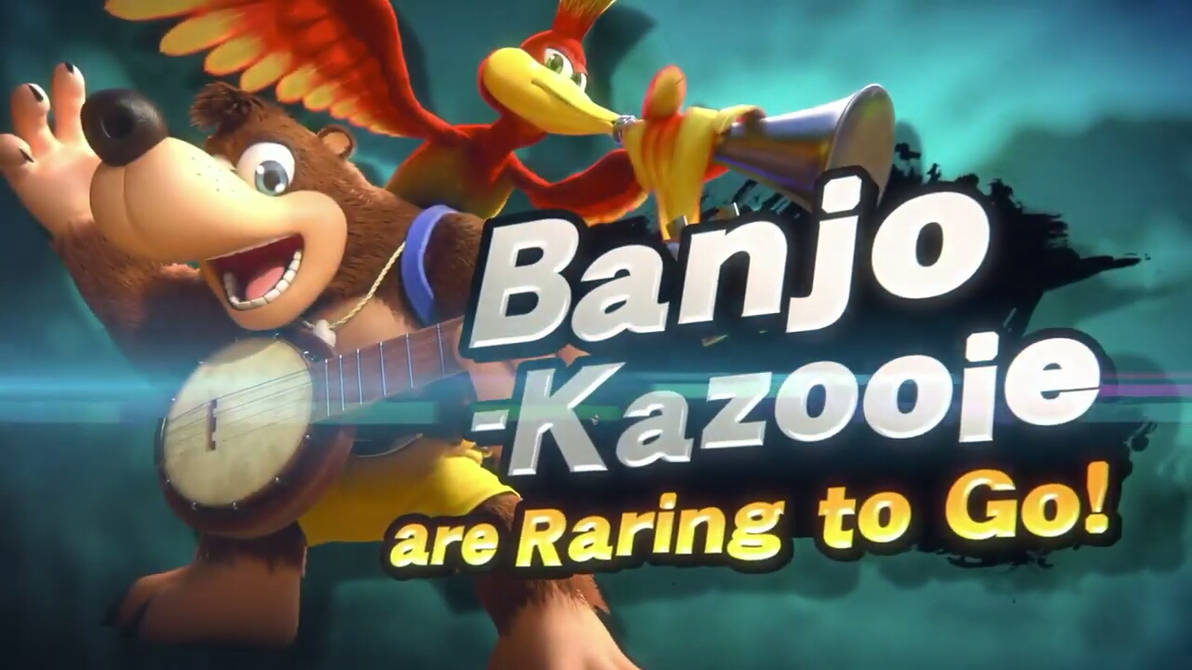 When asked about how Banjo-in-Smash came to happen, Phil Spencer (Executive Vice President of Gaming at Microsoft) said:

The ‘how’ is not actually that interesting. Obviously we’re one of the biggest third-party publishers on Switch, so we have great relationships with their third-party team. And you’ve seen the ambition they’ve had with every character that’s ever been in Smash and even more. So it was just kind of part of the partnership relationship we have with them.

There wasn’t anything kind of CEO-to-CEO that had to happen. People have asked me on social [media] – I’m sure you’ve seen that – over many years: ‘Would I welcome having Banjo in Smash?’ and I’ve always been open to that.

Animal Crossing Gets Pushed Back

While the Direct was filled with one wild announcement after another, there was one disappointment: Animal Crossing for the Switch will be delayed until Mar. 20, 2020. This title had originally been slated for 2019, but it appears that Nintendo needs more time to complete work on the latest installment in the beloved franchise. Even with this disappointing news, fans did receive a lot of information about the game, including its name: Animal Crossing: New Horizons.

Additionally, Nintendo also showed the first glimpses of gameplay, which lands players on an island with a simple tent and ends with building a full-fledged town, complete with houses. The gameplay also showed off a crafting and progression system that seems to turn the franchise from a simple town-building excursion to a much more complex and intricate game. The Treehouse: Live that followed the Direct seemed to confirm this, showcasing co-op play and build-together functionality that will make this title much more social than previous entries.

Not to be lost in the Breath of the Wild sequel news, Nintendo provided a new trailer for its The Legend of Zelda: Link's Awakening remake. This footage included a dungeon building segment that has many thinking that this title may be more involved than originally speculated. Confirmed in the Treehouse: Live presentation, this location is called the Chamber Dungeon and is manned by Dampé — who never appeared in the original Link's Awakening, but has been added to the remake.

In addition to this new functionality, the gameplay seems to hold true to the original game while adding a reimagined, modern twist to this Legend of Zelda classic. Nintendo also provided a release for the game: Sep. 20 of this year (image from Treehouse: Live presentation).

Luigi's Mansion 3 Gets a Release Date

Luigi's Mansion 3 also received a trailer, walking spectators through the halls of a new haunted mansion. Apart from the standard Luigi's Mansion ghost-sucking techniques, Luigi will be able to slam ghosts to cause additional damage and split off into Gooigi, which allows a player to traverse obstacles and slip through obstructions. Gooigi also doubles as a co-op capable character, allowing friends to join in the fun of Luigi's Mansion 3's single player.

The game also includes a new couch-co-op and online co-op mode called The Scarescraper, which allows up to eight players to battle ghosts through the halls of a brand new skyscraper. Nintendo did not provide an exact release date but instead reiterated that the game will be launching in 2019 (image from The Tech Game). 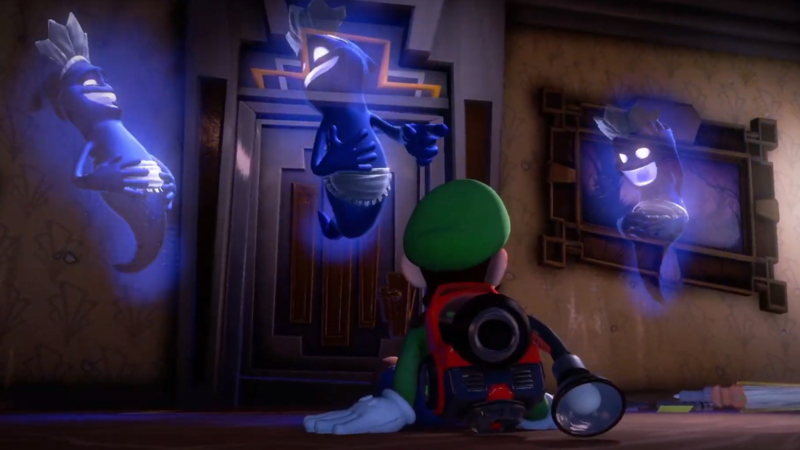 Shadow Drops and A Slew of New Titles

Besides these games, Nintendo also announced a barrage of other titles, including:

All of this information was supplemented with three hours of Treehouse: Live presentations that fleshed out some of the missing details from the Direct.

For more information on all of this news, see the following:

Closing Out the Week

While Tuesday marked the first official day of E3 2019, it also marked the end of the pre-E3 presentations. Starting with Google Stadia last Thursday, the last few days have been packed with presentations from EA, Ubisoft, Bethesda, Microsoft, Square Enix, and Nintendo just to name a few and have included massive announcements and showcases, such as Final Fantasy VII remake, DOOM: Eternal, and the Breath of the Wild sequel. In order to recap all of this excitement from the past week, a final E3 2019 article will be published at the end of the week, detailing all of the major news and highlights from an E3 that saw both disappointment and stellar highs.