sql query/command through the dbcontext . in this post i’m going to show you examples for how you can use this feature. pay attention that the details i provide might change in the future since its only a ctp and not a release.

in the program, that is using the same model from my previous example , i’m executing two queries (one is raw sql and the other is using a stored procedure) and one command. the result of the execution: 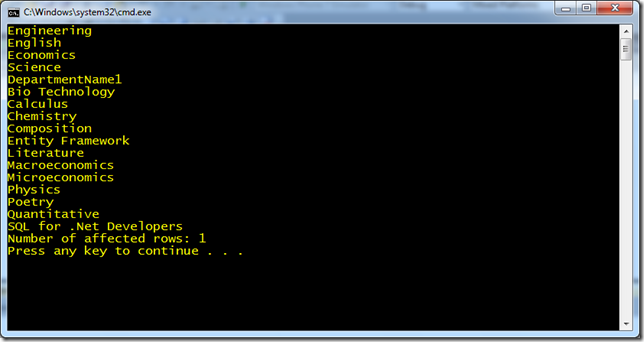 lets sum up, the new ctp enables the running of raw sql queries/commands. this can be very useful in scenarios that aren’t enabled by ef or advanced scenarios.