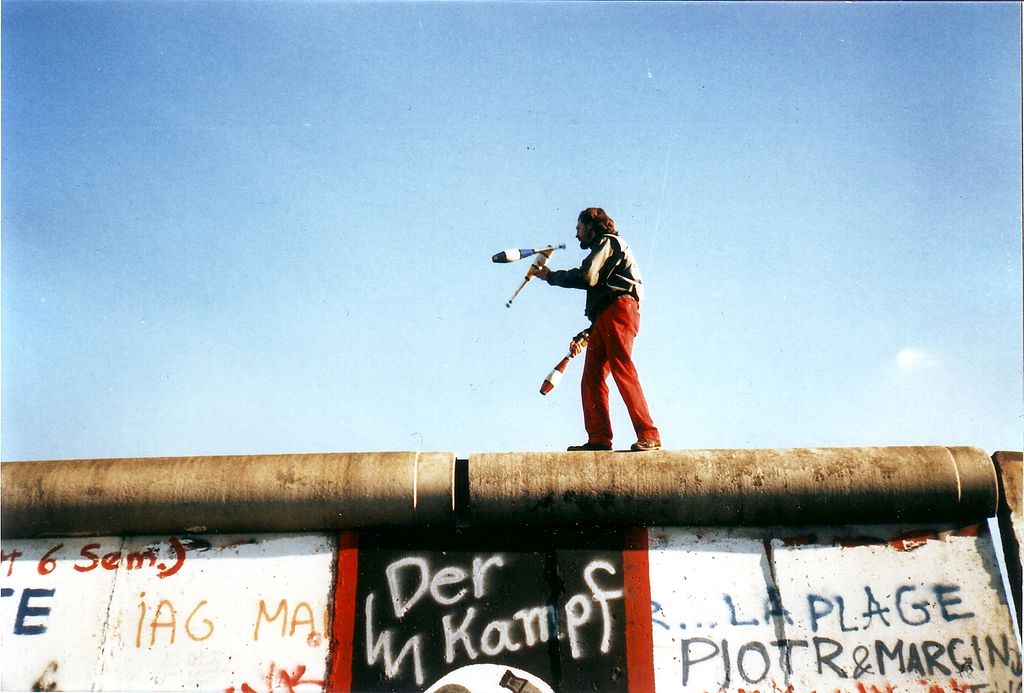 Want to take a guess at what will happen if we throw more at this young man to manage? Hint: It's the opposite of efficiency.
Photo credit by Wikimedia Commons

Multitasking is something we all do. You may even be doing it right now. Since the word first emerged in the 1960s, it has gradually risen to prominence, especially as the computer age gave us ever more opportunities to do multiple things at once.

As the Internet arrived, these opportunities have mushroomed, with so many of us having multiple tabs open in our browser as we check our emails, Twitter feed, maybe some work interspersed with watching dog videos on Reddit.

You may also like:  Little's Law, Multitasking, and Getting Things Done

The thing is, multitasking is generally pretty bad for our productivity, as our attention gets divided over multiple things and we end up doing none of them particularly well. This much is pretty well established, and yet wrenching ourselves free of the various distractions we face at work can be incredibly difficult.

This is perhaps because not only is multitasking something we enjoy, but we also believe it's an effective way of getting a lot of things done. That's the finding of a recent study from the University of Michigan, which explored whether this illusion of multitasking being beneficial could actually be turned into a positive.

The researchers set out to test whether shifting our perception of a task could influence how we perform at it.

For instance, in one study they asked volunteers to watch a nature video, before splitting them into two groups. The first of these was the multitasking group, and they were asked to work on a learning task related to the video they'd just watched, and a transcribing task asking them to annotate the voiceover used in the video. The second group performed exactly the same tasks, but they were framed as single activities performed sequentially. All of the volunteers were then presented with a surprise quiz at the end of the tasks to test their knowledge of the video.

What did the results reveal? Well, those in the multitasking group actually performed better than their peers in the sequential group, both in terms of the number of words they transcribed and in the quality of those transcriptions. They even did better on the quiz at the end.

The researchers attempted to test this finding over a further 32 experiments, with some using eye-tracking technology to monitor for user engagement with the task. When the results from all of these experiments were analyzed, the findings were consistent -- when we believe we're multitasking, we are more focused on the task and perform better on it.

"Over and over and over again, across many different designs, the effect showed up, which allows us to be fairly confident that what we claim to be happening is in fact happening," they explain.

Changes in the brain

Of course we should not confuse this finding with a belief that multitasking is good for us, as previous research highlighted the neurological changes wrought by tackling many things at once. The researchers found that when we're multitasking across multiple devices at the same time, it results in lower gray-matter density in the part of our brain that is traditionally associated with both cognitive and emotional control.

"Media multitasking is becoming more prevalent in our lives today and there is increasing concern about its impacts on our cognition and social-emotional well-being. Our study was the first to reveal links between media multitasking and brain structure," the researchers say.

The researchers scanned the brains of participants whilst also asking them to complete a questionnaire detailing their use of various media. The regular use of multitasking was linked with lower brain density in the anterior cingulate cortex.

What the original research found, however, was that such is the positive perception of multitasking; if we can trick ourselves into believing we're multitasking, we can produce higher performance levels. In the experiment, both the tasks the volunteers were performing were closely aligned, which cannot be said about doing work and watching funny dog videos. The trick seems to be having tasks that are consistent in the cognitive demands they place on us.

"How close or far the nature of one task is from another could have a big effect on the outcome," the authors conclude. "In all of our experiments, they were reasonably close, but it's critical to understand how the components of each task moderate the effects that we found."