AWS announced Kubernetes-as-a-Service at re:Invent in November 2017: Elastic Container Service for Kubernetes (EKS). Since yesterday, EKS is generally available. I discussed ECS vs. Kubernetes before EKS was a thing. Therefore, I'd like to take a second attempt and compare EKS with ECS.

What are the differences between EKS and ECS?

Usually, a load balancer is the entry point into your AWS infrastructure. Both EKS and ECS offer integrations with Elastic Load Balancing (ELB).

On the other hand, ECS provides an integration with the Application Load Balancer (ALB). The flow for each incoming request needs only two instead of three steps.

The following figure illustrates the difference. 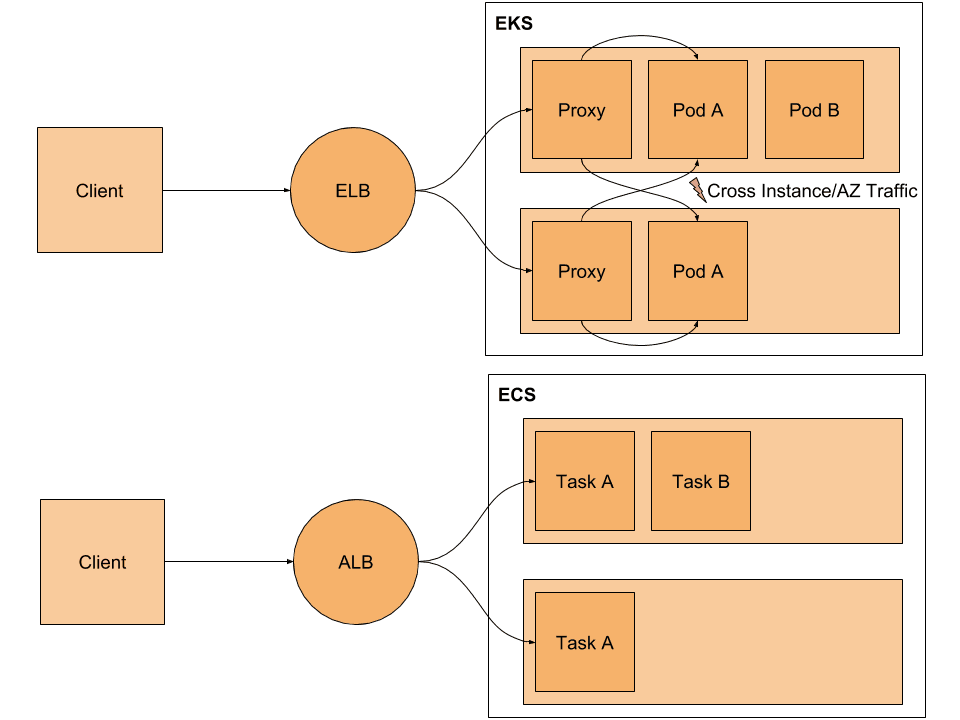 The proxy running on each node is distributing requests randomly or based on the round robin algorithm among all pods running in the cluster. Doing so increases the network traffic between EC2 instances and between AZs which consumes network capacity and adds latency.

In contrast, the tight integration between ECS and ALB does not require a third routing step and is, therefore, more efficient.

Being able to integrate containers running on EKS or ECS into your VPC is excellent. Both EKS and ECS allow attaching an Elastic Network Interface (ENI) to containers. However, there is a slight difference between VPC mode with EKS and ECS. 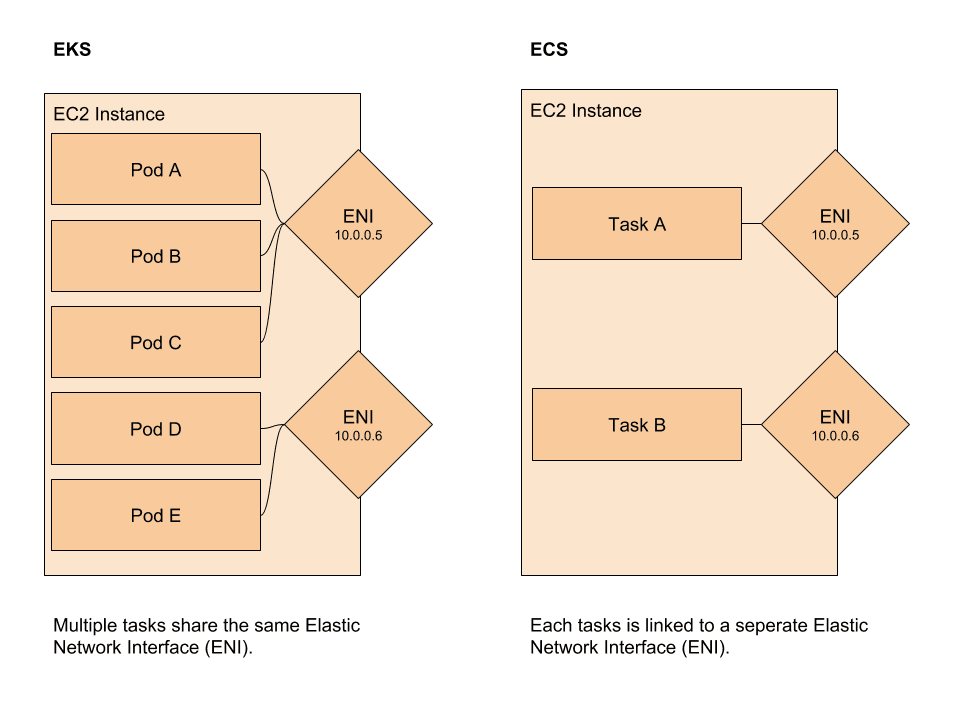 But sharing ENIs between instances comes with a limitation as well. You are not able to restrict traffic with a security group per pod, as the ENI and therefore the security group is shared with multiple pods.

ECS supports IAM Roles for Tasks which is great to grant containers access to AWS resources. For example, to allow containers to access S3, DynamoDB, SQS, or SES at runtime. Unfortunately, EKS does not support IAM for pods out-of-the-box at the moment.

Each EKS cluster costs you $0.20 USD per hour, which is about $144.00 USD per month. ECS is free. For both, EKS and ECS you have to pay for the underlying EC2 instances and related resources.

EKS offers Kubernetes-as-a-Service for AWS. However, Kubernetes is an option at other cloud providers, on-premises, or even on your developer machine. To put it in other words: Kubernetes offers you a layer of abstraction allowing you to deploy your applications on top of any infrastructure whereas ECS is only available on AWS.

As for now, ECS offers a much deeper integration into the AWS infrastructure than EKS. A strong argument for EKS is the possibility to use the same technology at other cloud providers or on-premises.