Between managing development teams, troubleshooting customer issues, and handling everyday backlog, the only thing that motivates me is trying out something new. Well, to be honest, not something entirely new, but definitely a mature technology that is a proven tool and has helped enable multiple organizations to solve their complex problems and for us, helped solve one of our major problem, The PSM (Product Support Matrix). Our problem was a multitude of platforms and equally verbose versions that we had churned out of our modern software factory.

What I knew before we ventured into the Docker world was the plain dictionary introduction:

It is a lightweight, open, secure platform to simplify building, shipping and running apps in isolated containers.

What intrigued me was not just the simplicity, but the evolution of virtualization. Specifically, how the technology evolved from Virtual Machine/Hypervisor to the leaner and better containers. 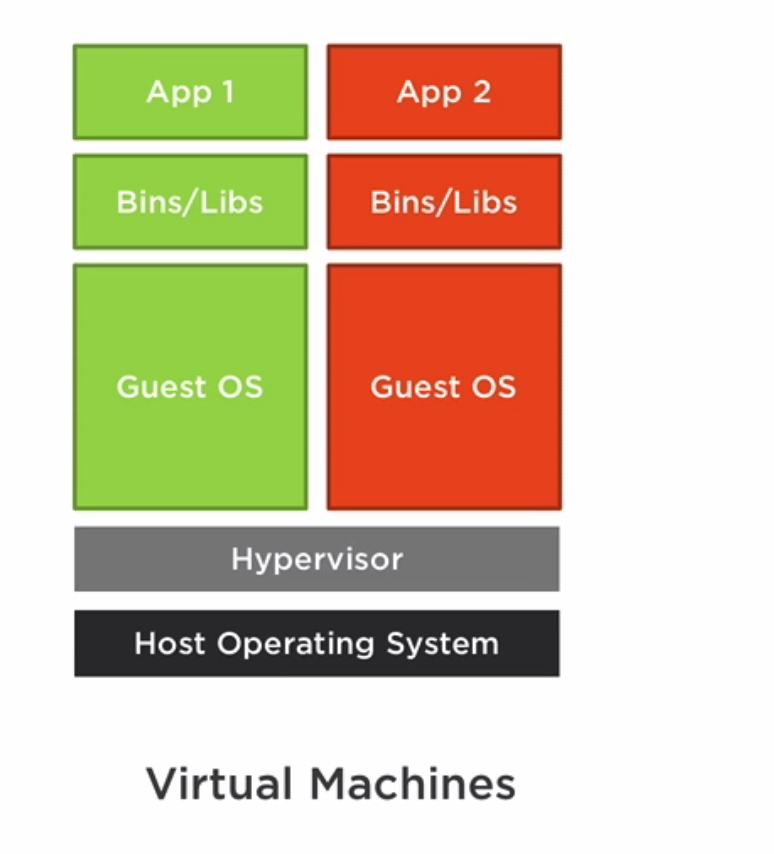 What Is a Container, and How Is It Different from an Image?

Image(s) are used to create containers, and a container is where the live application runs from. A container can be run, stopped, or deleted.

One needs to familiarize oneself with the tools and commands to understand the container universe.

It was not too time-consuming to learn and try out the different Docker commands, but first you need to install Docker CE (Community Edition) and check out a well-explained 5-minute read available at At the time of writing this blog, the version that I am using is 18.06.1-ce, build e68fc7a.

The first command everyone tries and that I did was:

and I could see a string output spelling out the version - 18.06.

What all do I need to run my express application.

Express is a minimal and flexible Node.js web application framework that provides a robust set of features for web and mobile applications and it was perfect for me as I wanted smallest possible learning curve to host my application and serve it via containers.

Command I used to generate my application:

It helped me generate my first application under folder MyFirst.

Now, after my application is done, I just need to try node start and it serves a healthy welcome page. 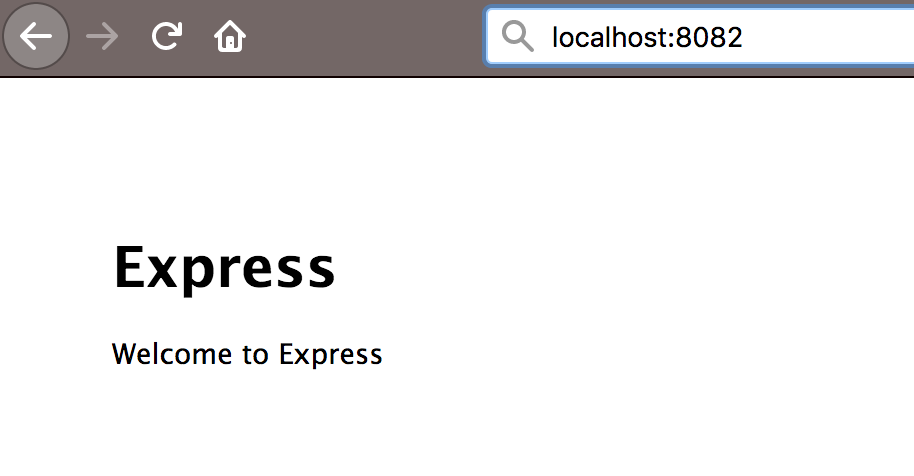 Like Maven or Gradle, there is a repository for the artifacts published for use by Docker — Docker Hub — and I planned to utilize this to build my application on top of the node (more information available on site).

So my checklist had:

Docker build is a command to build images from a context called Docker file. A point to consider is build is run by the Docker daemon and not CLI.

I created a file called "Dockerfile" (default "Dockerfile") in my directory and wrote in few lines (also explained below).

This file is a collection of commands that need to be executed and compiled into an image. Each statement is executed and the results are committed to a new image if required.

After saving this file, we need to build the image that when

will serve the express application. 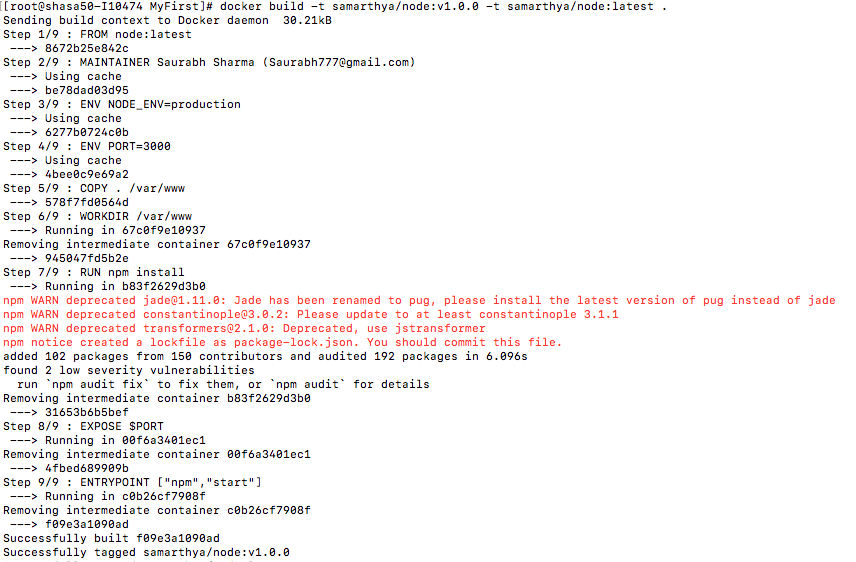 The command defines the -t   is a tag samarthya/node with version v1.0.0 and can have multiple tags as well, and the context directory denoted by a "."

Once you execute this command there will be many temporary/intermediary images generated as can be seen in the image.

The last message displays the status of the command executed. You can validate the image generated by issuing the Docker images command and it will display the image ID, tag and repository tag.

Now you can execute this image to spawn a container.

You can check if it started by invoking  docker ps and it will show the container processes running.

Browse to the site by entering the URL: http://hostname:8082/

Note: -p   is the mapping we have defined for the internal port.