In this article, we will show you how to encrypt your local documents, spreadsheets, and presentations. This will be the first in the series: we will move from a simple symmetric encryption plugin to encrypting cloud files during real-time collaboration.

We will use ONLYOFFICE Desktop Editors, an open-source office suite for Linux, Windows, and macOS. It is distributed under AGPLv3 and has a publicly available API.

The app supports plugins and we will use that to add an extra layer of security.

Working with plugins means that you can add your own functionality, and that seems useful when it comes to security. You are not obliged to rely on the out-of-the-box tools provided by the developers. You can work on your own.

Plugins structure is described here. Plugins examples can be found on ONLYOFFICE GitHub. Just start typing Plugin in the Find a repository field.

2 Plugins to Encrypt All Documents

To automate and facilitate document encryption, we will create two plugins:

Why we need both of them? Usually, an ONLYOFFICE plugin works only with a document where it is being run (in one tab in the app). In our case, we want to work with all the documents opened or created in different tabs on the ONLYOFFICE desktop. That’s why we need the second plugin for the app.

Please note that the plugins described below are examples that you can use to create your own.

Encryption Plugin for The Editor

We will create a simple encryption plugin.

Let’s have a look at the config:

The plugin code is fairly simple.

As we can see from the code above, all files will be encrypted with one password —  {my-super-long-password}. More info about the encryption method can be found in the official API documentation.

This encryption plugin has no interface and does not start by default. But the editor will know when to use it. With the help of a UI plugin for the whole app.

Plugin for The App

This plugin can’t access editing functions but has almost the same config:

With it, we will get a new tab called Encryption on the main app page: 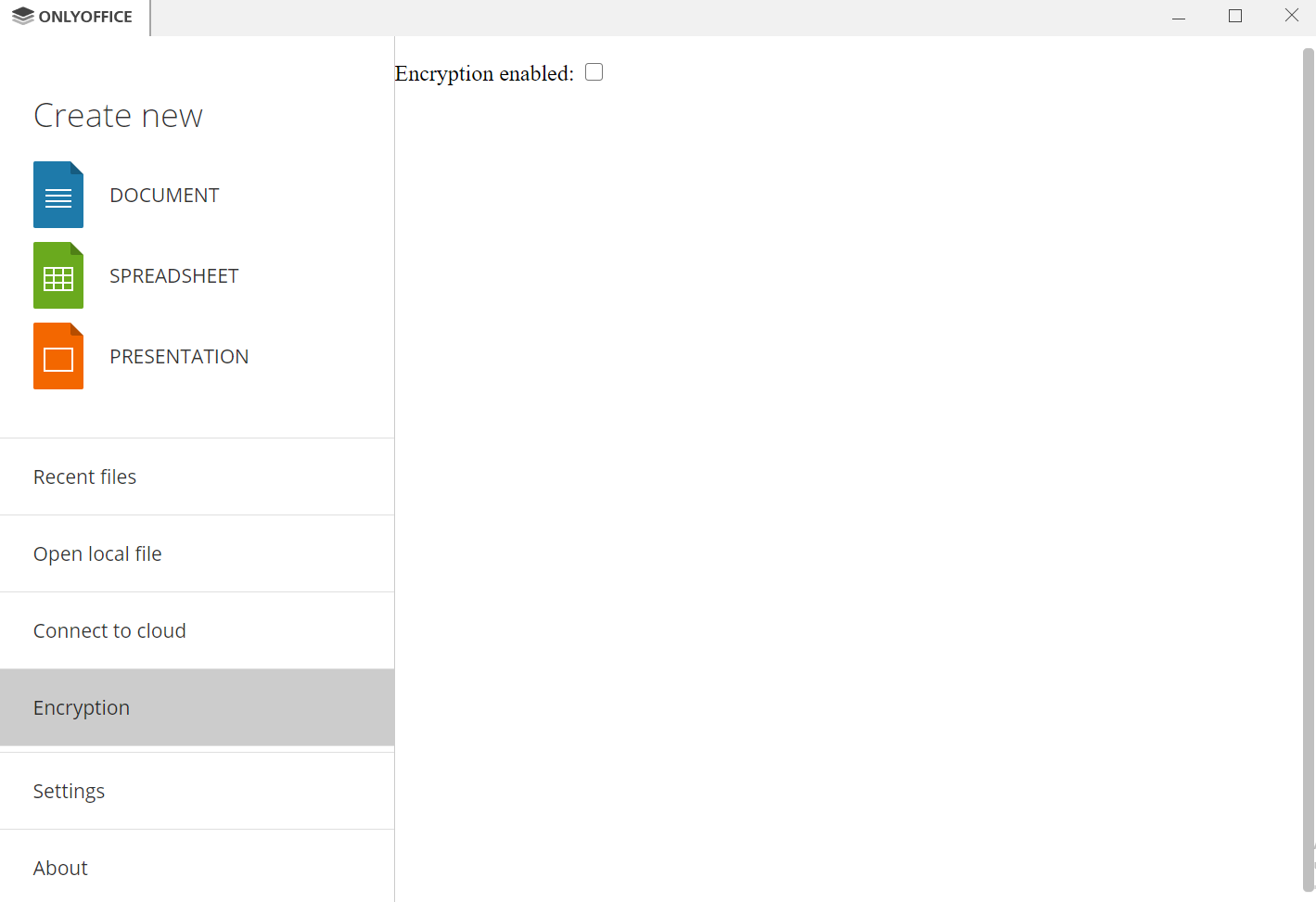 Adding Plugins to The Desktop App

For the latest stable version (6.2.2), you will need to copy folders with plugins to the sdkjs-plugins directory. Here’s how to find it:

It’s important that you use plugins GUID as a folder name.

After we add both plugins to the app, we’ll see a new tab Encryption. If you tick the checkbox there, all files you create and edit will be encrypted with the password:

Now that you know how to work with the simple encryption plugins, we are ready to move forward to more complex cases. In the upcoming articles: