whenever the topic comes up of when the retrospective gaze can call its assessments ‘history,' you generally have arguments that run along the lines of ‘you need some distance to have some perspective.' well, data is great that way, sometimes it provides more perspective than 20 years could, and its conclusions are undeniable. with the politicians on the democrat side trying to say that the issue of our day is income inequality, can we historically step in yet and say the app economy has failed? i am ready. and i have been a pretty active participant. i‘m also ready to say that its failure echoes the issues that are at the core of income inequality, making its purveyors cousins of the rapacious vampires that invented the logic that gave us ‘what‘s the first thing you should do after the bankers drove the world economy off a cliff? ensure their christmas bonuses or they will quit.'

i didn't see the wolf of wall street but i did see the scene where matthew mcconaughey walks the little noob through understanding that the bedrock of their lavish existence is the extraction of fees. in case that's not convincing enough (i could understand that given that it's coming from the same guy who's put his awesome acting talent to waxing poetic about driving a lincoln), let this guy take a swipe: the retirement gamble by frontline . his mathematical redux of retirement is ‘you take 100% of the risk and if there are any proceeds you get to keep 30%.' the interviewer thinking he‘s complete senile is my favorite part, when in fact, the problem is the interviewer‘s inability to understand 3rd-grade math.

i know you can see what i am saying. now, if we were to look at the 2 store purveyors, of course, we know what their position is: their stores have been a huge success! apple‘s presentation of that at their tech conferences makes you want to throw up your mouth a little. well, when sketch left the store, people started to wake up to what was already pretty apparent. the store model is a great success for the store owner. and the owner doesn‘t care so much if you as the goods provider are not having fun hopping through their nonsense. 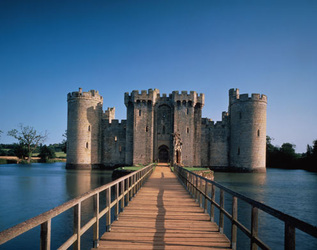 and people, yes it is complete nonsense. now on this front, the apple store is immensely more frustrating than the play store (google). getting an app deployed on the apple store fills you with dread. makes you think ‘wait, aren‘t i due for a colonoscopy? maybe i should go check my attic for mouse droppings?' apple threw out the old store, which frankly should have been moved to a new pavilion in the museum of torture, and the new one did look promising. there were a few idiosyncrasies you had to master. but i had an experience producing a release yesterday that may have beaten all priors in its deafening levels of pointless, ear ringing bleating nonsense. the crescendo was a little red circle next to my newly minted build that when you clicked on it, said ‘an error has occurred, please click here to go to ‘activity – all builds' and upon clicking the screen refreshed, because activity, all builds is where we already were. there is no message, except that you need to spin around in a circle chasing your own tail, contemplating what you might have done wrong in preparing a build that passed our validation. oh ok, that seems fair oh great one.

allow me a moment of philosophical historicizing on this topic before moving on. i happened to read nietzsche‘s article ‘on the use and abuse of history for everyday living' again maybe a year or so ago and it kind of took over my thinking in ways that only nietzsche can. at the core of it is an argument that there is no present (sorry buddhists) that we are forced to constantly construct our own fake present in every moment, from patchy interpretations of the past, using even patchier projects about the future. but the article goes way beyond this observation. one of the things it lays out is the idea that very few people can live in the present. after trying it and having their knuckles upbraided, most retreat into one or another cocoon. this has made me look around a lot and realize that our modern world is obsessed with encamping in the position i call ‘after the event.' my girlfriend and i were talking one day about the health care system and she was saying ‘well it's like socialism,' and i was saying ‘no, what we have is far worse, at least in socialism the government participates in the event, here, we have a government who just mans a croupier stick downstream and rearranges the chip piles.' sadly, the app stores are shrines to this thinking. that fees are the best thing to build a business on (sure has worked for the banks as people have used fewer and fewer of their ‘services'). but you really know you are lost when, because the fees are going well, you conclude that the products are going well. that‘s like eating fast food for a month and saying ‘well i still had bowel movements!' uh, right.

will keeping sketch up-to-date even feel like a ghetto, alt experience? i am guessing not. i am going to say between apple and google, i give apple the greater odds of potentially righting their vampiric colonialization project, mainly because apple is still also living in and before the event: it makes apps and serious real ones. while google still releases lab rats and takes a good 80% of them behind the barn for a bullet in their brains. one imagines that somewhere in the upper echelons of apple‘s management, someone should read a few shakespeare plays and perhaps represent the fool in the next board meeting. before the bankers/serfs monoculture degrades into the ancien regime defending their stash of weapons.