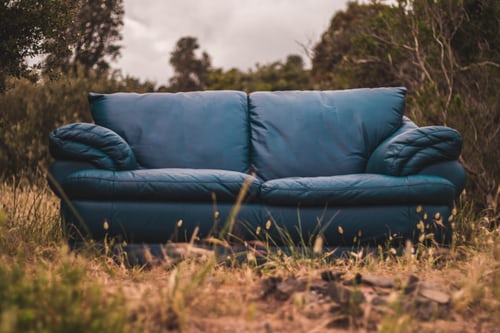 Couchbase Eventing Service provides a framework for writing your own functions to process data change events (create, update, delete/expiry). Couchbase Server 6.5 introduces a set of important improvements to the Eventing Service that enables a lot of new use cases and simplifies maintenance of Eventing Functions.

The possibility to change documents on the source bucket opens a lot of interesting use cases: enriching the changed documents with new attributes, performing cascade updates or deletes of dependent documents, and generating new documents on the same bucket.

The example below uses Eventing to automatically generate document attributes containing the creation time of the document and the time of its last update. We are going to listen to the changes in the travel-sample bucket, and generate or update the time attributes every time a document is changed. Eventing functions access buckets over so-called bucket bindings. We create a read-write bucket binding on the travel-sample bucket, i.e. the source bucket, and give it an alias bucket:

In the next step, provide the code of the function:

After we extend the document with the new attributes we write it back to the source bucket for the same document ID.

By changing updated and created attributes, we generate new changes to the document. The eventing framework suppresses the recursion by not propagating these changes to our function. Otherwise, these changes are handled in a normal way: they are replicated, indexed and even propagated to other Eventing functions.

A preview of the curl function was already available in earlier versions of Couchbase, but with 6.5, the feature is redesigned to make it reliable and secure: the cURL calls are limited to a predefined set of URL bindings, for each binding we can specify authentication, encryption and certificate validation as necessary.

In the following example, we will define an application listening to the changes in the travel-sample bucket.

Save the application code below into file app.js:

The application defines an endpoint /api/airline to receive notifications about changes of airline data as POST requests with the body containing the airline ID. The application is configured with basic authentication expecting the user as couchbase with the password as password.

Execute the following commands to install the necessary node.js packages and run the application:

Now let's create an Eventing Function that notifies our application about the changes of airline documents.

All the external APIs that can be called by the function must be declared as URL bindings. Assuming the 192.168.61.1 is the IP of the machine where we started the application, we declare a URL binding for the URL http://192.168.61.1:3000/api and name it notifyApi.

A URL binding can use http or https protocol. We can also specify different types of authentication and enable cookies to avoid repeated authentication. In our case, we select basic authentication with user as couchbase and password as password.

In the next step, provide the code of the function, which listens to changes of the documents of type airline and forwards these changes to the application using curl calls:

The curl function takes three parameters: the method of the HTTP request, the URL binding and the request object that can contain the following attributes:

The response object returned by the curl function contains the status, the body and the headers of the HTTP response. The function throws exceptions in case of various errors such as unreachable URL or invalid parameters. Wrap the call within a try-catch block if you need to log those errors.

After creating the function, go back to the Eventing tab and deploy the function NotifyChanges. If you choose to feed the entire contents of the buckets, the application will be notified about all already existing airline documents and will log their IDs.

Pausing and Resuming a Function

This feature is especially useful for maintaining Eventing functions that are already in production. The definition of the function can be enhanced with new functionality or adjusted after changing the data model. However, such mid-flight code changes should be compatible with any outstanding timer callbacks scheduled by the handler.

For example, if to modify the code of our NotifyChanges function, find the function in the Eventing view and click on its Pause button:

Wait until the function is shown as paused, which means that it stopped processing the events. In that state, we can modify its code and settings. After performing the necessary modifications, we can resume the function.

The function will be redeployed with the new implementation and will continue processing the events at the point where it stopped.

Published at DZone with permission of Vaidas Gasiunas. See the original article here.