API testing, a.k.a. Application Programming Interface testing, is the term which has garnered growing attention in the past five years. It is a staple of any internet based product testing team, used for small stuff like image loading to huge stuff like payment processing.

An API, or application programming interface, is a set of tools, protocols, and programs that glues all of our digital worlds altogether. If you are able to login to Medium, Quora, and other popular sites websites using "Login with Google," the main hero behind that is an API.

How APIs Made Our Lives Easier

Remember the Trivago guy? Aggregator websites like Trivago bring you offer prices of various hotels from multiple sources like Expedia, Hotels.com, Goibibo, etc, all in a single platform. A user can book a hotel and take an offer rolled out by Expedia, without even logging into Expedia!

So, how does this happen? The simple answer to your question turns out to be APIs.

So, with the help of APIs, your application can communicate with third-party applications without any human intervention, acting as a communication bridge.

API Testing: What Led to the Growth?

Verifying that all the API endpoints act as expected without any breaks in between is the main aim of API Testing. It is one of the most important aspects of a testing process because of:

Organizations are lovingly embracing agile development, calling for dramatically changed ways of automated testing. Continuous builds ask for continuous feedback and improvements, and GUI tests tend to take longer to run. Since API tests do not lean on the UI to be done, they match the frequency to keep pace with Agile development.

IoT is no doubt gaining speed and various sources predict that devices connected to IoT will keep growing, and by the end of 2020, will be at 20 billion. Devices connected to the cloud are highly backed by APIs. You won’t be launching satellites or developing google again to connect the devices in cloud, all we’ll be using will be API. So, it’s incumbent to make sure that the connected devices stay connected.

Integration testing, security testing, performance testing, and usability testing are some terms that you might be aware of. API testing holds all these terms under a single umbrella. When you perform API testing, you make sure that your API passes the following tests:

Coupled with some major use cases like authentication, saving from the pain of writing the already written code, there are certain features that add up to the need of API Testing.

One of them was well explained by Mike Cohn in his book Succeeding with Agile: Software Development Using Scrum with the help of the test pyramid. According to which, automation test strategy calls for automating the different levels: 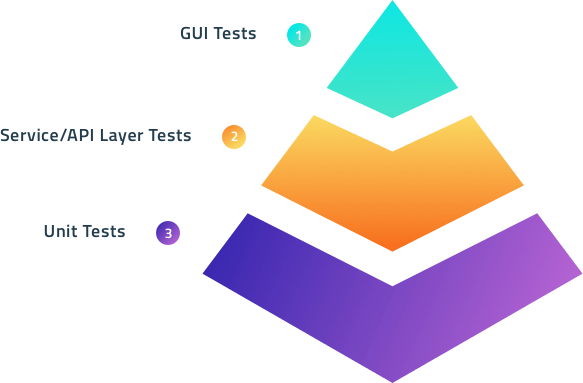 The bottom line is, when you are developing an application, smooth communication with various other apps must be at the top of your checklist, and API testing helps you complete that checklist.

Published at DZone with permission of Deeksha Agarwal . See the original article here.