While understanding the importance of the APIF, we also recognize that good architectural practices and proper logical architecture of the application/services could be even more important than the service mesh. To support the integration strategy, CIBC has been developed Integration Pattern, which makes internal and external APIs the emerging standard for integration across the bank and beyond. This pattern transitions from existing legacy integration components and patterns to modern equivalents that embrace APIs and (micro)services by truly distributing all gateway and isolation layer functions.

The CIBC Integration Pattern is presented in the following diagram:

The major components are:

Provides governance and an operating model to guide API activities, with centralized portals for development and a marketplace.

To apply the pattern, architects and designers must make the following major decisions:

The rest of the article provides analysis, guidelines, and recommendations to help to make these decisions.

What API Protocol to use?

Application Program Interface (API) allows two software programs to communicate with each other. Basically, API includes any mechanism for getting data in or out of the service. Events are first-class API citizens. A service interface (API) includes:

Each of these interfaces has its own pros and cons. In the rest of this section, we will discuss synchronous and asynchronous message-based interfaces, their Pros and Cons and provide our recommendations.

REST services exposed through a uniform interface via the standard basic methods defined by HTTP protocol. Its broad use and flexibility make HTTP a de facto protocol that enables services to be published at network-addressable end-points and accessed by distributed service consumers.

REST meets the requirements and constraints of the WWW use-cases but it could be not optimal for other use-cases.

The major REST API challenges include:

Open API Specification has been introduced to allow defining individual API contracts. The specification is rather complex and less efficient in communication. With today’s smart browser with Single Page Application and mobile device, REST forces the client to convert the data model into URI and send through the HTTP connection to the server with all types of information loss. The server has to transform the URI into a data model with the help of Open API / Swagger specification. The response reverses the same process.

GraphQL is a data query language developed internally by Facebook in 2012 and publicly released in 2015. It allows clients to define the structure of the data required, and exactly the same structure of the data is returned from the server. Schemas are strongly typed and clients dictate what data are needed. This avoids both the problems of over-fetching as well as the under-fetching of data.

GraphQL APIs get all the data your app needs in a single request. Apps using GraphQL can be quick even on slow mobile network connections. 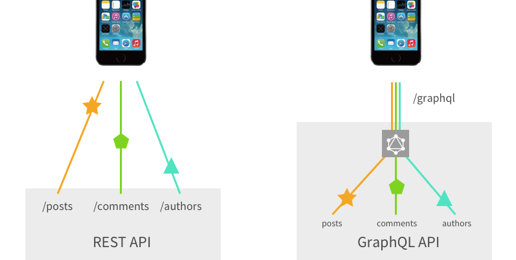 gRPC is an open-source remote procedure call (RPC) system initially developed at Google. It uses HTTP/2 for transport, Protocol Buffers as the interface description language, and provides features such as authentication, bidirectional streaming and flow control, blocking or nonblocking bindings, and cancellation and timeouts. It generates cross-platform client and server bindings for many languages. 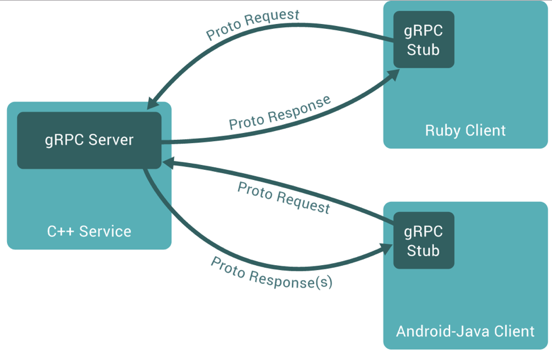 CIBC APIF supports all of the discussed API protocols. Given the interface definition, it generates client/server-side code and XCC handlers. Ready to use APIs are published on the API Marketplace. The protocol should be chosen based on the integration purposes and the use-cases. For example, Airbnb’s new “API v3” architecture features GraphQL as an API layer and binary protocol (Thrift) for backend communication [4]. Our recommendations are:

The following questions should be answered when choosing between sync and async interfaces:

The series of articles discuss challenges of modernization the technology landscape in the major Canadian Bank, introduces Integration Pattern and API Foundation Platform and provides actionable recommendations to implement the pattern: