i recently came up with the idea for a series of screencasts:

i've thought about recording a screencast of an example data analysis in #rstats . i'd do it on a dataset i'm unfamiliar with so that i can show and narrate my live thought process.

any suggestions for interesting datasets to use?

hadley wickham had the great suggestion of analyzing a tidy tuesday dataset . tidy tuesday is a fantastic project run by the r for data science online learning community (especially thomas mock ) that releases an interesting dataset each week.

i've now released my first such screencast, exploring this week's tidy tuesday dataset on (the data behind the economic guide to picking a college major ). you can also find the r markdown i produced here .

i produced a handful of figures that i found pretty interesting. i took a look at the distribution of income from graduates within each category of major. 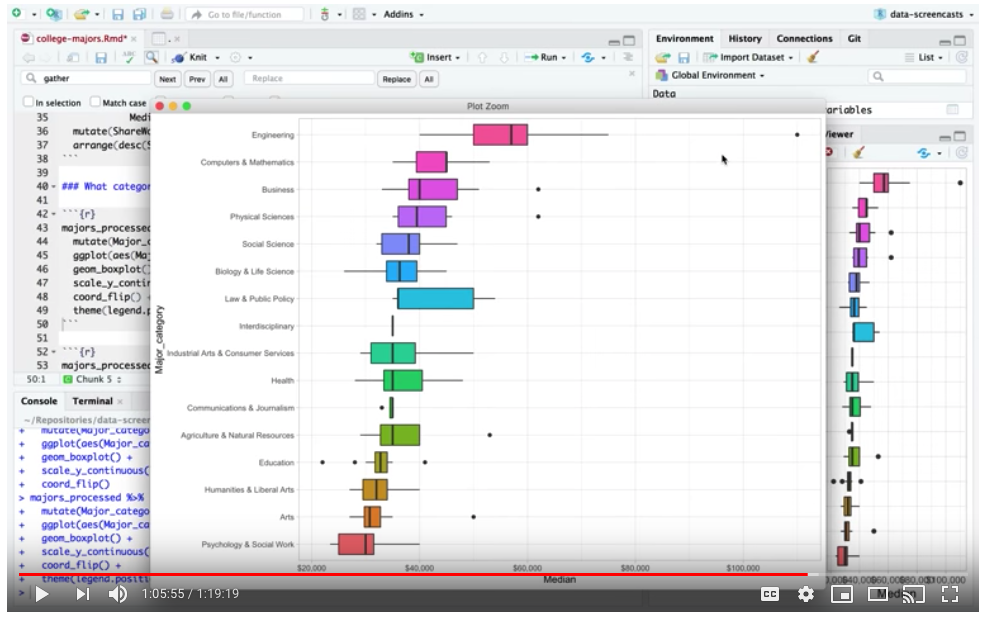 i spent some time looking at the differences in gender distribution across majors, which was also included in the data. 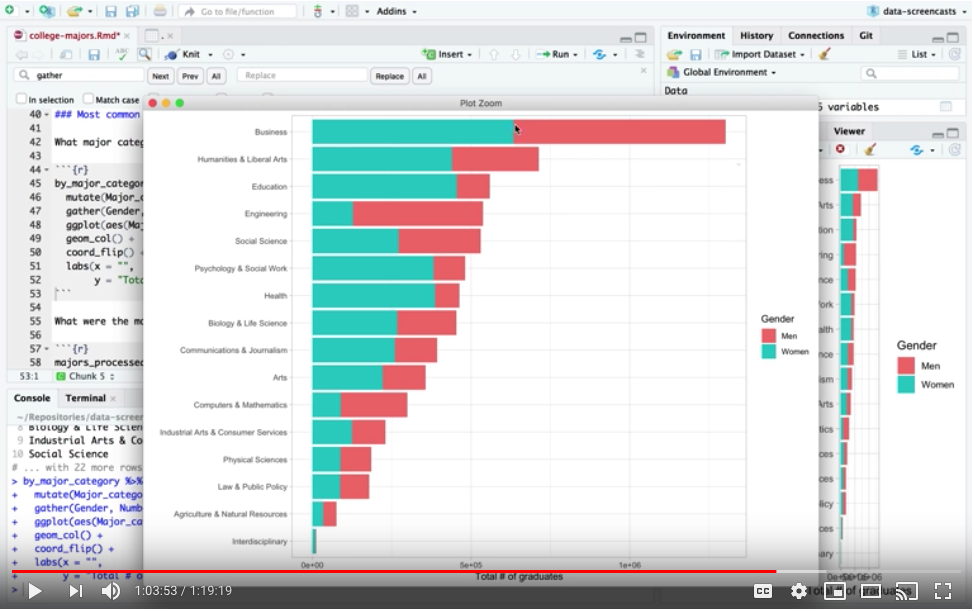 and i ended by setting up an interactive scatterplot with the plotly package that compared the share of women in a field to the median salary. 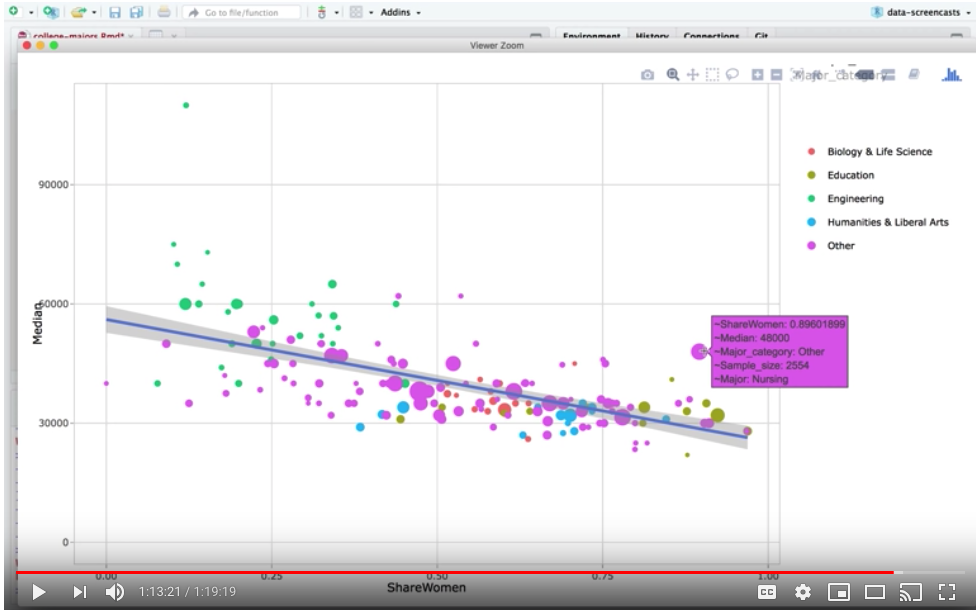 some notes and observations:

i had enough fun that i think i'll do it again (though probably not every week). with that in mind, i've learned some lessons that might improve my future screencasts:

i look forward to hearing your feedback, and to recording to the next one!