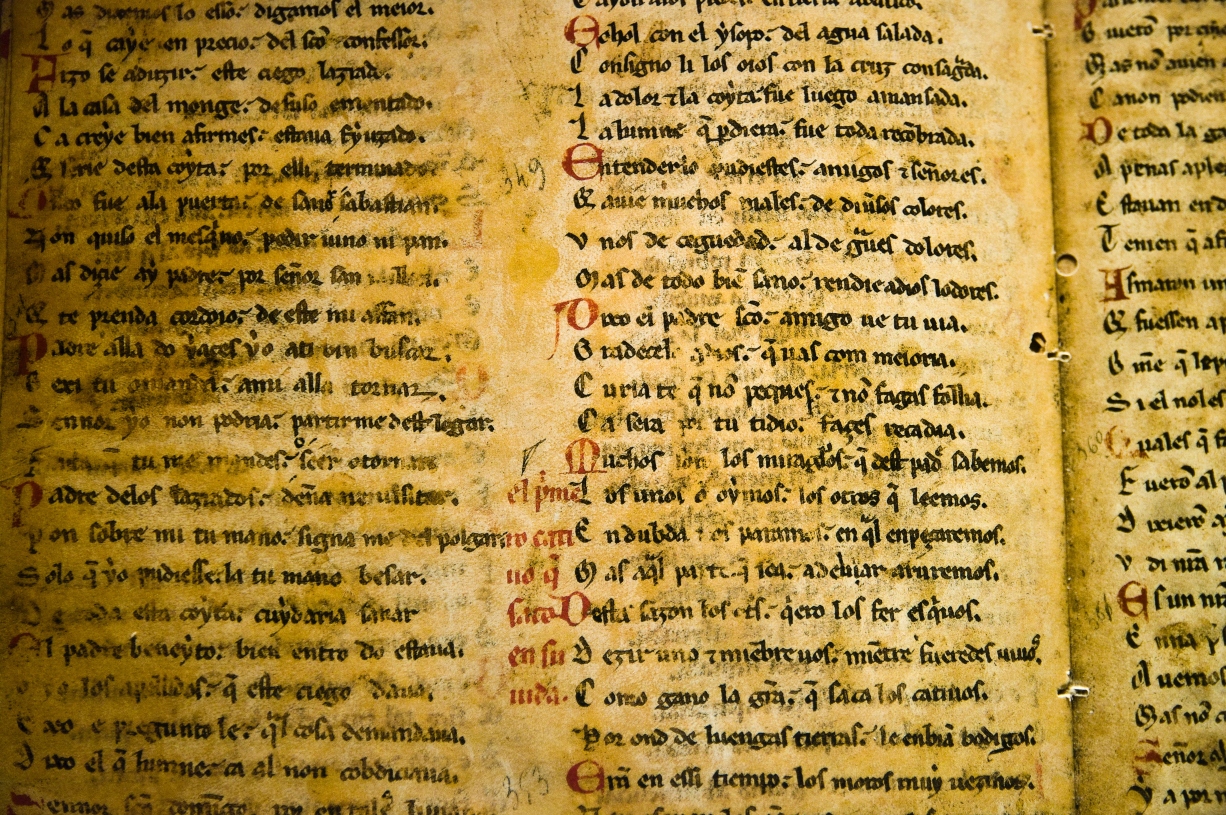 After looking at a lot of Java/JVM based NLP libraries listed on Awesome AI/ML/DL, I decided to pick the Apache OpenNLP library. One of the reasons comes from the fact that another developer (who had a look at it previously) recommended it. Besides, it’s an Apache project; they have been great supporters of F/OSS Java projects for the last two decades or so (see Wikipedia). It also goes without saying that Apache OpenNLP is backed by the Apache 2.0 license.

In addition, this tweet from an NLP researcher added some more confidence to my choice: 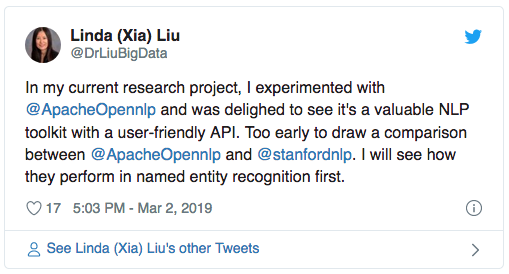 I’ll like to say my personal experience has been similar with Apache OpenNLP so far, and I echo the simplicity and user-friendly API and design.

You may also like: A Guide to Natural Language Processing (Part 1).

We won’t be covering the Java API to Apache OpenNLP tool in this post, but you can find a number of examples in their docs. A bit later, you will also need some of the resources enlisted in the Resources section at the bottom of this post in order to progress further.

I was drawn to the simplicity of the CLI available, and it just worked out-of-the-box — for instance, where a model was needed, and when it was provided. It would just work without additional configuration.

To make it easier to use and also not have to remember all the CLI parameters it supports, I have put together some shell scripts. Have a look at the README to get more insight into what they are and how to use them.

You will need the following from this point forward:

Note: At the time of the writing, version 1.9.1 of Apache OpenNLP was available.

We have put together scripts to make these steps easy for everyone:

This will lead us to the folder with the following files in it:

Note: a docker image has been provided to be able to run a docker container that would contain all the tools you need to go further. You can see the *shared* folder has been created, which is a volume mounted into your container, but it’s actually a directory created on your local machine and mapped to this volume. So, anything created or downloaded there will be available even after you exit out of your container!

Have a quick read of the main README file to get an idea of how to go about using the docker-runner.sh shell script, and take a quick glance at the Usage section as well. Also take a look into the Apache OpenNLP README file to see the usages of the scripts provided.

At your local machine command prompt while at the root of the project, do this:

Thenm you will be presented with prompt inside the container:

The container is packed with all the Apache OpenNLP scripts/tools you need to get started with exploring various NLP solutions.

Installing Apache OpenNLP Inside the Container

You will see the apache-opennlp-1.9.1-bin.tar.gz artifact being downloaded and expanded into the shared folder:

Viewing and Accessing the Shared Folder

Just as you run the container, a shared folder is created; it may be empty in the beginning, but as we go along, we will find it fill up with different files and folders.

It’s also where you will find the downloaded models and the Apache OpenNLP binary exploded into its own directory (by the name apache-opennlp-1.9.1).

Performing NLP Actions Inside the Container

The good thing is without ever leaving your current folder, you can perform these NLP actions (check out the Exploring NLP Concepts section in the README):

Usage help of any of the scripts: at any point in time you can always query the scripts by calling them this way:

gives us this usage text as output:

See the Detecting languages section in the README for more examples and detailed output. Detecting sentences in a single line text or article.

See the Detecting sentences section in the README for more examples and detailed output.

See the Finding names section in the README for more examples and detailed output. There are a number of types of name finder examples in this section.

Tokenize a line of text or an article into its smaller components (i.e. words, punctuation, numbers).

See the Tokenize section in the README for more examples and detailed output.

Parse a line of text or an article and identify groups of words or phrases that go together (see Penn Treebank tag set for legend of token types). Also see https://nlp.stanford.edu/software/lex-parser.shtml.

See the Parser section in the README for more examples and detailed output.

Tag parts of speech of each token in a line of text or an article (see Penn Treebank tag set for legend of token types). Also see https://nlp.stanford.edu/software/tagger.shtml.

See the Tag Parts of Speech section in the README for more examples and detailed output.

Text chunking by dividing a text or an article into syntactically correlated parts of words, like noun groups, verb groups. You apply this feature to the tagged parts of speech text or article. Apply chunking on a text already tagged by PoS tagger (see Penn Treebank tag set for legend of token types, also see https://nlpforhackers.io/text-chunking/)

See Chunking section in the README for more examples and detailed output.

It is as simple as this:

And you are back to your local machine prompt.

One of the salient features of this tool is its recording and reporting metrics of its actions at different execution points — time taken at micro and macro levels. here’s a sample output to illustrate this feature:

From the above code block, I have come across five metrics that are useful for me as a scientist, analyst, or even as an engineer:

Information like this is invaluable when it comes to making performance comparisons: Personally, it’s quite inspiring and also validating that this is a useful feature (or action) to offer to the end-user.

Other Concepts, Libraries, and Tools

There are other Java/JVM based NLP libraries mentioned in the Resources section below. For brevity, we won’t cover them. The links provided will lead to further information for your own pursuit.

Within the Apache OpenNLP tool itself, we have only covered the command line access part of it and not the Java Bindings. In addition, we haven’t gone through all the NLP concepts or features of the tool again for brevity that have only covered a handful of them. But the documentation and resources on the GitHub repo should help in further exploration.

You can also find out how to build the docker image for yourself by examining the docker-runner script. 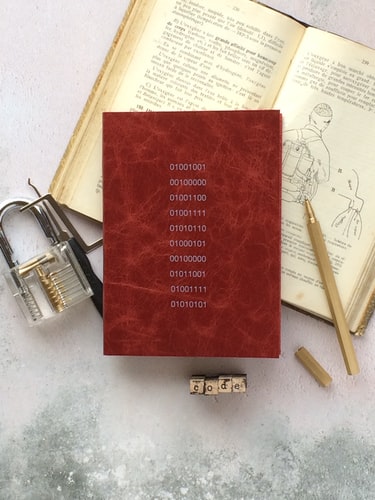 After going through the above, we can conclude the following about the Apache OpenNLP tool by exploring its pros and cons: 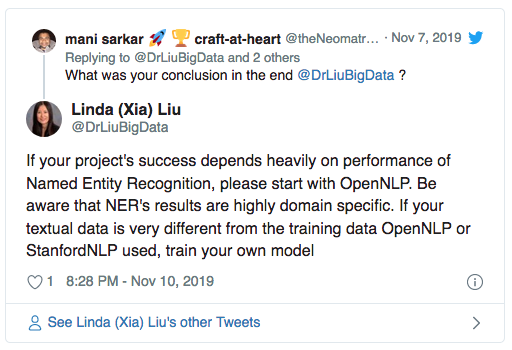 Published at DZone with permission of Mani Sarkar. See the original article here.