many of the indian cities today were part of planned development and expansion several decades ago. plenty of  self sufficient segments of land which could be administered very well by local civic body comprised of cities. these segments had a water tank/lake, playgrounds, schools, libraries/community centers, health care centers, bus depots and segregation of commercial and residential areas. then there comes a boom in economy and the demand for revenue-generating buildings rises. land becomes a premium and suburbs begin to become part of an extension of the city.

what was once considered to be essential, like schools, libraries and other backbones, takes a backseat. the focus is on converting as much land as possible into dwelling units and business centers. the demand of schools, health care centers, libraries, and playgrounds are all proportional to the population. as the growth of the suburb is not organic, the essential backbones get built much farther away than in the desired localities. people spend a great deal of time together with their families during transit to work, school and clinics. simple tasks which were once very easy to accomplish because someone lived in the city becomes a tough task which keeps them occupied for a good part of their productive weekday. reduced physical connection, long commute times, erratic food habits, irregular sleep patterns comes as freebies because of an unplanned rapid development. 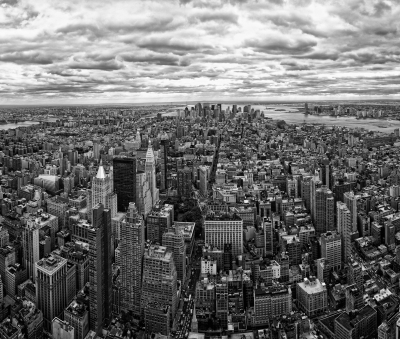 i have observed large software projects which start small with a plan in mind. backbones like continuous integration, testing frameworks, and common goals for the team get set and progress starts. the ramp up of the team is done slowly and organically in such a way that the new members get a good idea about the goals of the team and the individuals. the code begins to grow and a conscious effort is needed to monitor to modularize or improve its design to increase efficiency. at some point, if the business decides to increase the spending on it to add more functionality in a short period of time, the immediate tangible number which comes to mind is the number of people and the amount of work done. it is even more easy to use those numbers and set up a metric in place to monitor progress, create plans based on extrapolations/number crunches and execute them as necessary.

sadly, the metrics-driven development is like building skyscrapers by counting just the floors built without a second thought about the long term habitability of it. an illusion of progress is created as more functionality is added in a short time by the sudden increase in team size, which makes the other not so visible aspects of a software project, like design, code quality, and usability, become invisible. more effort gets centered on the deadline with added functionality and individuals become more focused on the task at hand, ignoring the other aspects. gradually, the mindset shifts from building a castle to laying the bricks in order. it is necessary to acknowledge that an organic ramp up is necessary and limit the team size to a level where plain interactions and code base are enough for communication. if there is a need to increase the team size to get more work done, after a careful analysis work should be split, parallelized and a new team has to be forked off.