in part i of this series, we covered the architecture behind global vs. local indexes and when to use a global (gsi) vs a local index (mapreduce view) index in couchbase server. in part ii of the series, we talked about the new memory-optimized global secondary indexes and how moi improves the index maintenance performance with an in-memory structure that is designed purely for high mutation rates and high scan rates. with this section, i'd like to tell you all about how the standard global secondary indexes improved in 4.5. there are a number of improvements in this area but the most important advancement is a new write mode called "circular writes."

memory optimized indexes are added in 4.5 as an additional storage option for gsis. standard global secondary indexes have been there since version 4.0. administrators can configure gsi with either the standard gsi storage, which uses forestdb underneath, for indexes that cannot fit in memory or can pick the memory optimized gsi for faster in-memory indexing and queries. even though memory-optimized indexes with in-memory index management can provide the best index maintenance and scan performance, not everyone can afford to have all indexes in memory. standard gsi can spill to disk when memory runs out, so efficient disk io is critical to efficient indexing and scans.

when you enable “circular writes” as mutations arrive instead of simply appending new pages to the end of the file, write operations look for reusing the orphaned space in the file. if there is not enough orphaned space available in the file that can accommodate the write, the operation may still do a write with append.

with circular writes, full compaction still operates the same way. the compaction process reads the existing file and writes a new contiguous file that no longer contains the orphaned items, and is written as a contiguous file. however, the number of compactions needed are drastically reduced. instead of compacting every few hours, it can be once a week, and that is an amazing amount of savings on the io capacity (iops and mb/sec).

you can change between the write modes at any time. 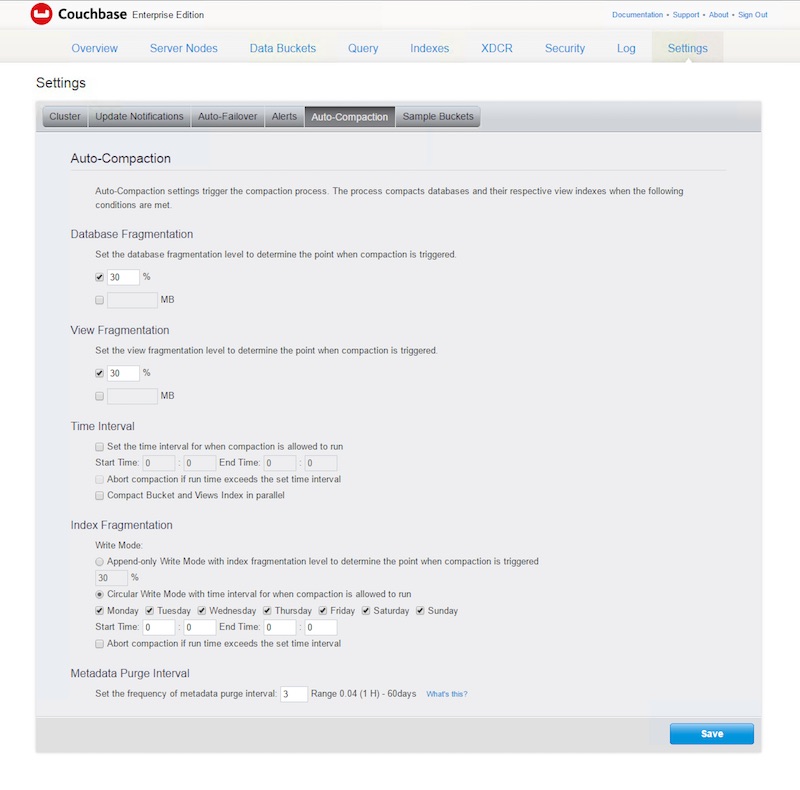 the alerts and stats operate the same way between standard and memory-optimized indexes, you can refer to part ii of the series for more information on stats and alerts.