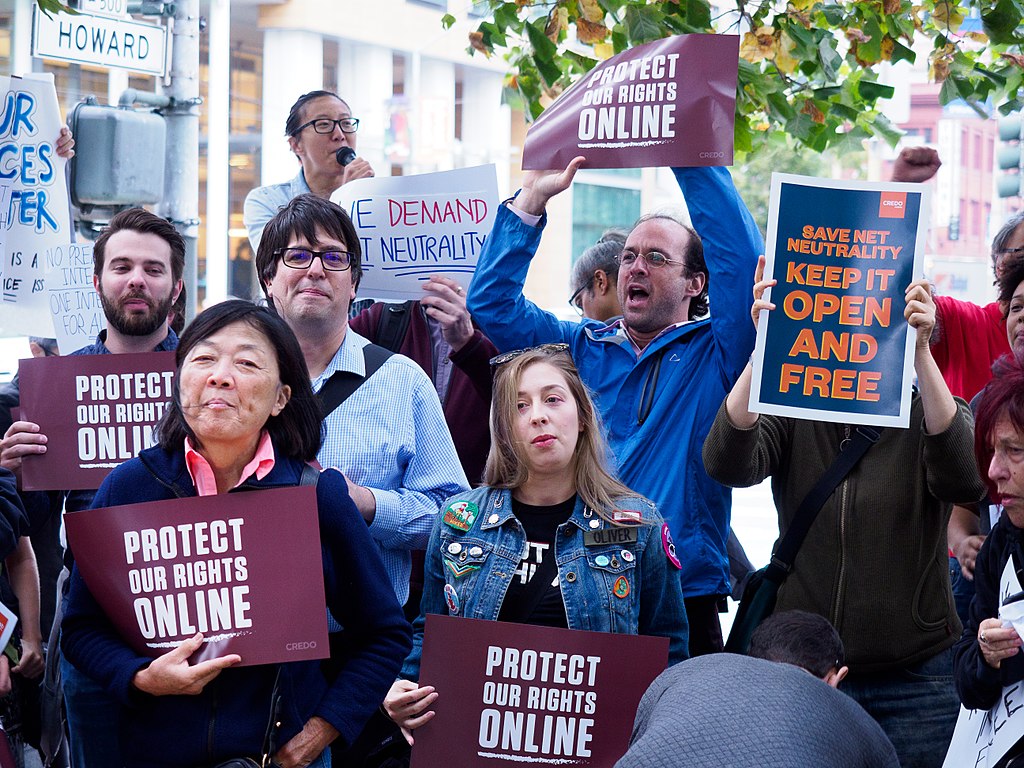 In honor of his brainchild’s 30th birthday, Sir Tim Berners-Lee has a bone to pick with the likes of Google, Facebook, Verizon, AT&T, and the FCC. Like any good parent, he’s not so sure these so-called friends have his World Wide Web’s best interests at heart, so he’s laying down some ground rules.

Introduced at last year’s Web Summit in Lisbon, but relaunched on this ever so joyous occasion, Berners-Lee’s Contract for the Web seeks to reverse the social, corporate, and governmental trends jeopardizing his creation’s future.

“The web has become a public square, a library, a doctor’s office, a shop, a school, a design studio, an office, a cinema, a bank, and so much more,” he wrote on his organization’s blog. “And while the web has created opportunity, given marginalized groups a voice, and made our daily lives easier, it has also created opportunity for scammers, given a voice to those who spread hatred, and made all kinds of crime easier to commit.”

And as this piece from the Associated Press reminds us, it’s also become “a place where tech titans scoop up personal data” and sell it to the highest bidder with little to no regulation.

Speaking alongside Berners-Lee at the Web@30 conference at CERN, Zeynep Tufekci, an associate professor at the University of North Carolina’s School of Information and Library Science, said, “There’s an enormous amount of centralization going on, with a few big players becoming gatekeepers. Those few big players have built, basically, surveillance machines,” all for the purpose of “profiling us and then targeting us for ads — which wasn’t the original idea at all.”

This is why the time has come, says Berners-Lee, to step up and make sure the web is “recognized as a human right and built for the public good.”

While the contract’s final kinks are still being worked out as governments, companies, and citizens work together to find a mutually agreeable path forward, the tenets uniting these efforts are clear: “Governments must translate laws and regulations for the digital age” that allow “civil servants and elected officials [to] take action when private sector interests threaten the public good.” Companies are likewise called upon to “do more to ensure their pursuit of short-term profit is not at the expense of human rights, democracy, scientific fact or public safety and to design products “with privacy, diversity and security in mind.”

But most of all, “citizens must hold companies and governments accountable for the commitments they make, and demand that both respect the web as [an open] global community with citizens at its heart.”

To learn more about how you can contribute to the Web Foundation’s #ForTheWeb campaign, click here.